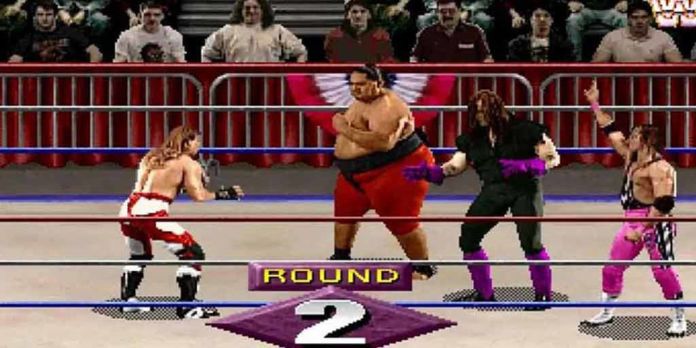 If you frequented arcades back in the mid-90s, it’s likely that you came across one of Midway’s finest titles, WWF Wrestlemania: The Arcade Game. And if you didn’t, well I feel sorry for you.

WWF Wrestlemania: The Arcade Game was an amazing concept that came out during the WWF’s heyday, filled with some of wrestling’s greatest, including Bret “The Hitman” Hart, The Undertaker, Shawn Michaels, Yokozuna, and even Doink the Clown.

Gameplay was clearly over-the-top and unrealistic, even by WWF pro wrestling standards, bringing an arcadey style to the WWF. Somehow, even if you weren’t into wrestling at the time, the game just worked and ended up being a fan favorite machine in the late 90s. 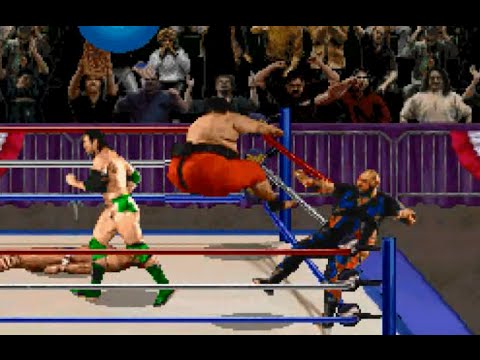 Of course, the game also made its way to SNES and then PlayStation and PC. But for this week’s Mash-up Monday, I started thinking about a mash-up between this classic arcade game and Marvel superheroes.

What if, instead of butt-smashing Doink in the face with Yokozuna, you were able to play as The Hulk and Captain America?

Think about the possible roster, and now that we are capable of including a much bigger roster than the Wrestlemania: The Arcade Game, a dream roster would be easy to craft. The game should, of course, include core Marvel heroes like Spider-Man, Thor, Iron Man, Storm, and Black Widow. But also, B-list Marvel heroes and villains like Doctor Strange, Silver Surfer, The Missing Link, and Tombstone.

Gameplay should take a totally over-the-top approach as WTAG did. How about having Spider-Man have a special where he spits actual spiders, or have Thor shove his hammer up his opponent’s ass? What if Storm split her opponent into two with a giant lightning bolt? The possibilities are endless.

But it doesn’t make sense to set this type of game in a wrestling ring, but other locations could easily be thought of, such as the top of a city skyscraper, in Tony Stark’s loft, etc.

The same idea would work for DC heroes and villains, although we already have a recent solid DC fighting game with Injustice: Gods Among Us.

Making this type of mash-up a full-blown $60 retail release could prove difficult, but introducing it as a $40 title on Xbox Live and PSN only could definitely bring in a pretty big fan base. I wouldn’t say that this mash-up would NEVER happen, but it seems like an unlikely pairing that no one has thought of yet.

What do you think? Does this sound like a fun game, or am I crazy? Hit me up on Twitter and let me know!

Previous article
Is Skater XL Coming to Xbox One and PS4?
Next article
The Best Skater XL Mods: An Essentials Guide