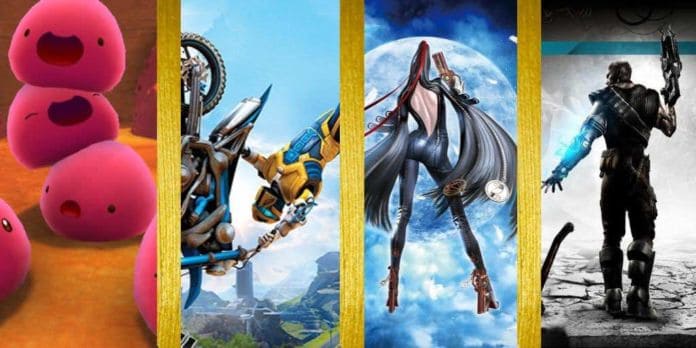 Microsoft has officially announced the games that will be coming in August for members of the Xbox Games with Gold program. Come next month, whenever July finally decides to end, members will be able to access Slime Rancher, Trials Fusion, Bayonetta, and Red Faction Armageddon. 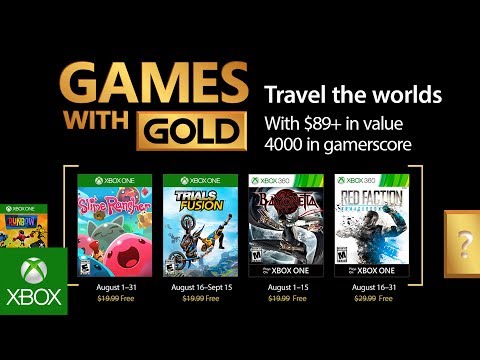 If you haven’t heard of them already, here’s a brief summary of each of them:

A first person open world game that is definitely for kids in your family. The player goes through a series of challenges generally solved in the strategic use of the vacpack, a vacuum that sucks up and blasts out the adorable slimes you see in the video. As the title implies, there will be farming in this game and the idea is to amass a great fortune. The story, though there isn’t much of one, centers around Beatrix LeBeau who sets out to make a living wrangling slimes together. Also, if you want to die of cute, there are plushies available of the different types of slime in the game.

From the days when BMX was cool comes the dirt bike racing game, Trials Fusion. These motorcross physics will have you coming back for more, no matter the challenge. This version of the game includes new features, such as a new FMX tricks system and the ability to carve your own path through the tracks and various obstacle courses. One of the many racing games Microsoft does well, so be sure to try it out.

The beautifully over-the-top hack and slash game that has been much beloved by many a gamer. Being bad never felt so good, as they say. The game focuses on its namesake, the only survivor of a witch clan that is ancient by the time she wake up again to save the world from the brink of destruction. It is up to Bayonetta to keep the balance between light, dark, and chaos.

A third person shooter that is the fourth game in the Red Faction series. Originally released back in 2011 on the Xbox 360, the game tells the story 50 years after the third game. Darius Mason, the main character, is a descendent of the original Alec Mason. The goal is to exterminate the aliens that have invaded and repairs parts of the landscape.