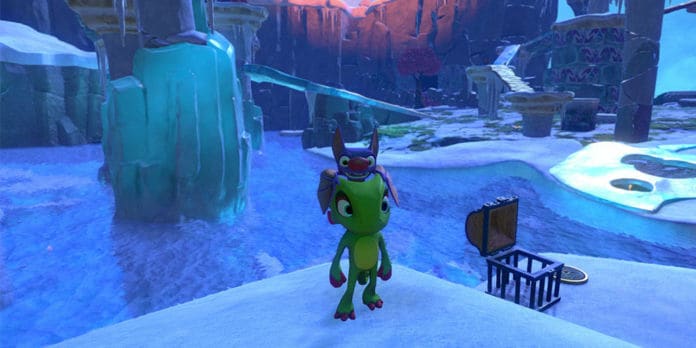 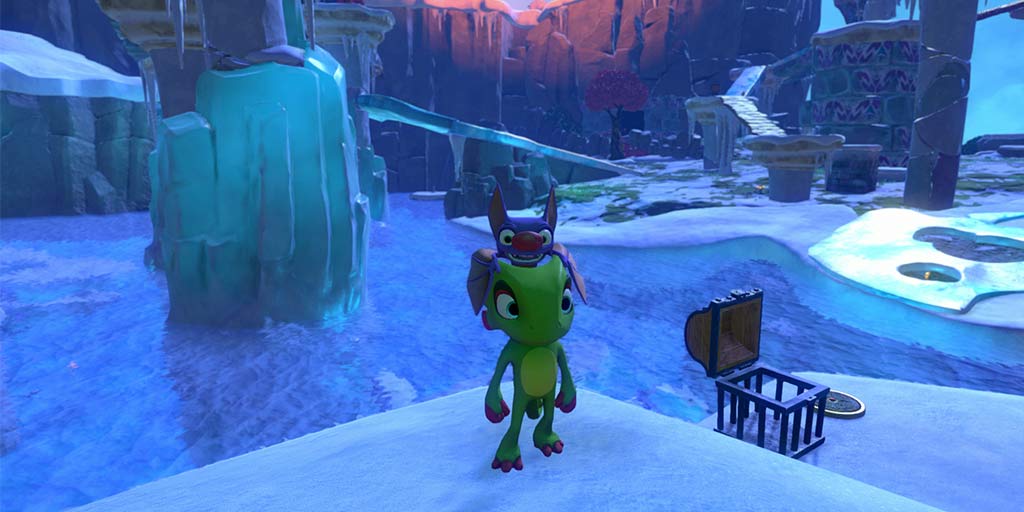 **A free copy of Yooka-Laylee was provided for review purposes.**

Open world this, epic RPG that — it seems as though the majority of new video game releases aim to be the biggest and best. Already this year, we’ve seen Breath of the Wild, Horizon Zero Dawn, Nioh, Nier: Automata, and many more AAA open world experiences. There’s nothing wrong with any of those games, of course; they’re all GOTY contenders. But what about something simpler and less involved?

Next week, we’ll be given Yooka-Laylee, a game that aims to take an older, beloved franchise (Banjo Kazooie) and make it feel fresh and new by introducing a game in the same vein for a new generation of gamers (and, obviously, those who loved the franchise that it’s clearly, unabashedly inspired by). But does this green lizard and his purple bat friend bring anything new, or is it just a rehash of old ideas with a new paint job?

Yooka-Laylee does, for the most part, ring that nostalgia bell nicely, and there are a few things to love about the game. Both Yooka, the green lizard, and his snarky bat friend, Laylee, are fun characters that serve as adequate replacements for Banjo and Kazooie. Of course, because the bear and his bird friend did it first, Yooka and Laylee lose some points for lack of originality, but they’re serviceable enough to make the game enjoyable. As you progress through the nonsensical story (we’ll get there a bit later), their individual personalities shine through, with Yooka being much more reserved than the smart ass bat accompanying him for the journey. 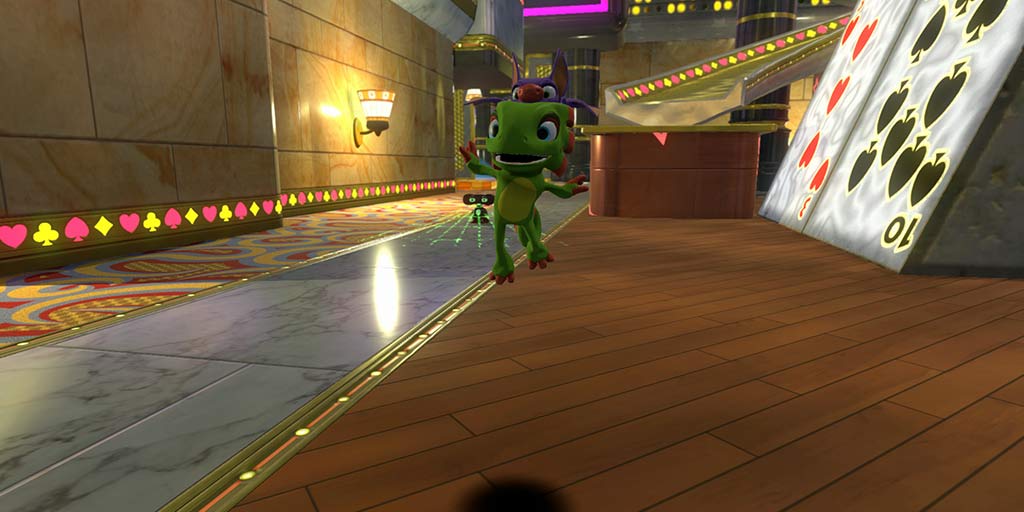 As a whole, the gameplay mechanics are sound, and traversing through the game as this lizard and bat duo can provide some fun moments. If you love collectathons, you’ll likely find the game to be an overall enjoyable experience. You’ll collect Pagies, Quills, 5 Ghost Writers in each world, Play Coins for arcade games, Mollycools that you’ll use for transformations, and Play tonics that are earned after completing specific milestones. Pagies and Quills are both easy to come by, while Ghost Writers, Play Coins, and Mollycools will require a bit more searching. You can track each collectible you obtain, and more importantly, what you still have left to find, in each level via a menu screen.

Some of the Pagies are, of course, harder to obtain than others, but for the most part, they’re easy to come by, and finding them doesn’t feel like much of a chore. In virtually no time (a couple of hours), you’re onto the second and third worlds (although, I admittedly had some trouble actually finding how to access the third world, but that’s a story for another day).

The game consists of five worlds and a rather large hub, with each world unlocking as you earn new abilities that allow you to access it. Each world also has a second section of sorts that is unlocked with Pagies, allowing you to expand it to access to sections and, therefore, new collectibles. All of the areas are wildly different, but they’re hit or miss. Tribalstack Tropics, Glitterglaze Glacier, and the fifth world (I don’t want to spoil it for you) are all well-designed and enjoyable, but the entirety of the game’s third level, Swamp World, feels like a chore (both in its actual design and its quests), and Capital Cashino and the hub fall somewhere in between.

The writing contains wink-and-nudge dad jokes over and over again, and its characters, aside from its two protagonists, are cringeworthy. Capital B and Dr. Plank are insufferable, and certain side characters like Kartos and Rextro come off as cheesy instead of comical. One commendable aspect of the writing, though, is that it has a few chuckle-worthy self-aware moments, like when the villain, Capital B, threatening us to wait and see Q4 of the game, or when Clara, a quest giver, says she was about to give up and find another buddy duo to complete her task. 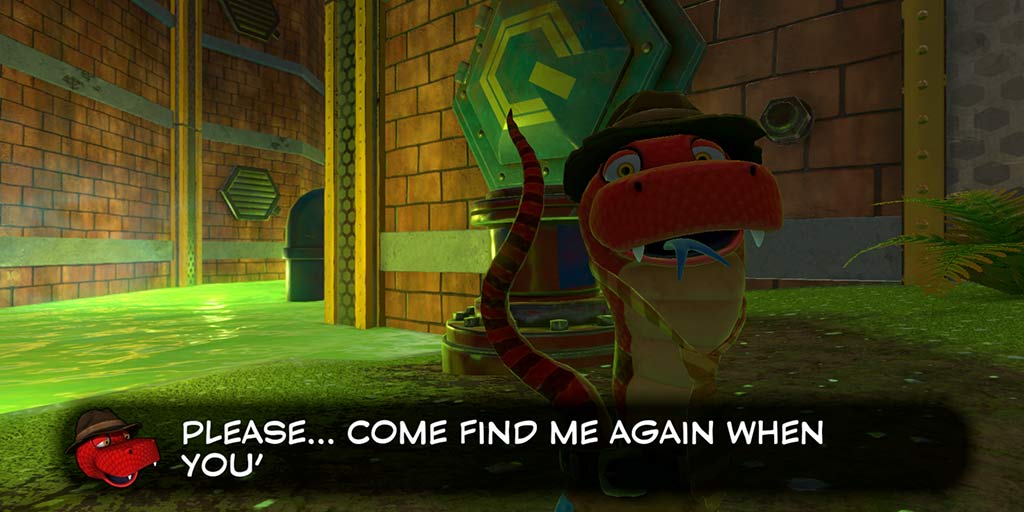 While story isn’t incredibly important here, it should be noted that the game’s story is too flawed to be worth paying attention to. The basic gist is that our protagonists find a magical book that is stolen by Capital B (thanks to his minion, Dr. Quack, who invented the Noveliser 64, a machine that sucks up all of the world’s books). Capital B, an undeniably savvy businessman, wants to create a monopoly on the book industry by owning them all, but in the process of stealing this lizard’s magical book, the book’s pages get scattered around the world. Those pages are then, somehow, locked in chests, hidden behind trap doors, and earned when completing tasks for various characters in the game’s five worlds.

But, then there are super strange moments in the game that simply don’t make any sense. For example, Capital B working in disguise at his own casino with the only purpose being to reward Yooka and Laylee with the same Pagies he’s trying to steal from them, and Dr. Quack’s quizzes that simply let the duo continue on to the next area of the factory if they answer simple questions about the game. Place a new character in Capital B’s position at the casino, and it has no effect on the outcome, but having the main villain there handing out Pagies like candy is bothersome.

But perhaps its Yooka-Laylee‘s reliance on nostalgia that is holding it back. While its platforming is serviceable and its main characters are loveable, Yooka-Laylee doesn’t bring anything new to the genre. There is some fun to be had, but it’s nothing you haven’t done before in a thousand other games in the genre. Instead, Yooka feels like an amalgamation of the genre’s basic elements.

On top of its lack of originality, there are some performance issues that can’t be ignored. While some minor framerate issues can be ignored in some genres, platformers need to have a smooth and consistent framerate because of their reliance on precision. Yooka-Laylee‘s has some framerate issues, and in my experiences, they occurred at the worst possible time. For example, while traversing to the very top of Tribalstack Tropics by having to jump to different platforms that are all suspended in the sky, a framerate stutter would cause Yooka to miss the platform in front of him, fall to his death, and then start all the way at the beginning of the challenge. Similar sequences of events happened at various other moments during gameplay, and we’d be curious to see if these issues are as abundant in the PS4 and PC version as they are on the Xbox One. We’re told there is a patch in the works for these issues, but we have to review the game in its current state/what was presented to us. 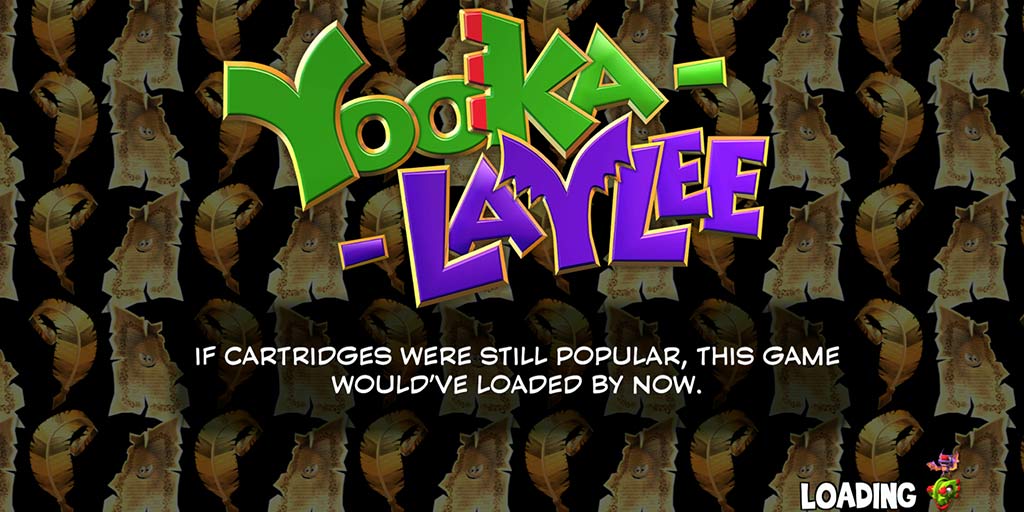 On top of that, the camera can be a major annoyance. While, for the most part, you’re able to move the camera freely, it does lock in some odd places, making the task ahead of you much harder than it should be. For example, at the top of Tribalstack there’s a boss that requires you to roll up a hill that has logs barreling down it. Unfortunately, the camera locks straight ahead instead of looking up at the hill, making seeing where the logs are coming much harder than it should be. That’s just one example, and there are many moments in the game where similar issues like this occur.

Although it’s supposed to be a spiritual successor to Banjo, it feels as though Yooka-Laylee tripped over its shoelaces while passing the torch, mostly because of its inability to give us any real reason to play it. Despite its commendable protagonist and world design (mostly), the reliance on nostalgia hinders its ability to present fresh ideas, and when that issue is paired with the performance issues, you’re better off just dusting off an old N64 somewhere or waiting for it to be deeply discounted.

Previous article
Persona 5: 50 Reasons to Love it
Next article
Ubisoft At E3 2017: What To Reasonably Expect