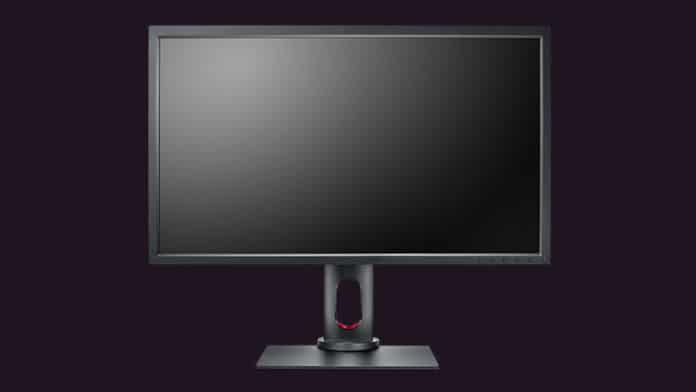 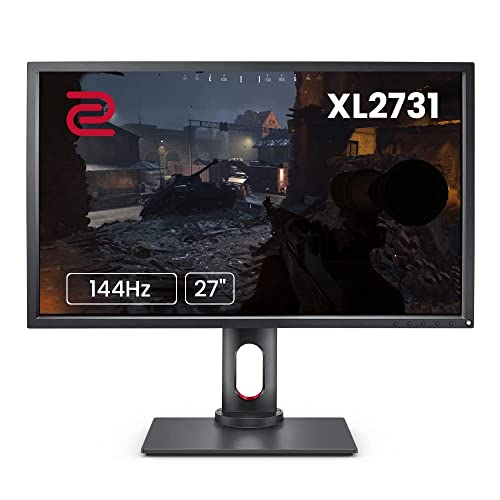 A monitor was provided for our Zowie XL2731 review.

With monitor prices coming way down in 2019, especially in the gaming monitor space, it’s likely that you’ve thought about finally pulling the trigger on one to add to your setup. But don’t be fooled by an ultra-low price, because not all gaming monitors are made equally. Each has its own quirks, whether it be a lack of connectivity options, standard refresh rate, or simply poor physical design.

We took a look at the brand new Zowie XL2731 and have been kicking the tires over the past couple of weeks. And now, we’ve got words, you guys.

So if you take a look at the Zowie XL2731, the first thing you’ll notice is that it’ll fit right in with virtually any gaming setup you’ve got going in. It’s pretty generic-looking, but what’s great about its design is that there’s no branding on the front of the monitor or on the base — not even a logo! The only way to know it’s a Zowie product using the naked eye is on the back of the monitor, itself, which showcases a red Zowie logo.

All too frequently, certain gaming brands think we want their logos shoved down our throats, plastering it all over the monitor base or the monitor bezel, itself. But if you’re someone who really cares about how your gaming setup looks on your desk, it often creates a mismatch issue for those with OCD like myself. A company’s brand logos all tend to be one color, so if you have a desk or other gaming hardware that is another color, you’re likely going to be minorly annoyed by the issue.

That’s not the case with the Zowie XL2731, and aside from the red trim on the inside of the cord hole on the stand, this monitor is entirely black.

Where I really came to appreciate Zowie’s XL Series was when I was playing my nightly Overwatch competitive matches (yes, we’re still playing 2-3 hours per night). I turned on the latest feature that the company is pushing with this new line called Black eQualizer, and what Black eQualizer does is increase the visibility in dark areas on your screen but without overexposing the brighter areas. So, essentially, it lightens up your screen’s brightness, but only for the black areas of the screen. Why would gamers want this? Well, simple: to take out those camping in the darkness.

Now, that might seem like it would make the overall picture look funky, but in-practice, it actually works quite well.

In one particular Overwatch match, it helped me spot a Widowmaker hiding up on one of the ledges in Junkertown, brightening her up enough for me to spot from a distance before she could even get a shot off. In another match, I could easily spot Ana (who was using the Wasteland skin, I might add!) sniping from the dark doorway on Point A on the Temple of Anubis map.

Take a look at the picture above – notice that the brightness is way up on Winston’s face, but not all the way up on the rest of the image (up slightly, but not nearly to the same degree as the darker areas of his face).

On top of that, it’s a 144hz monitor, and for those who haven’t made the jump from 60hz to 144hz, it’s much more noticeable to the human eye than the jump from 144hz to 240hz is. At 144hz, this Zowie XL is buttery smooth and super fast with its response times, which was especially noticeable while whipping around in PUBG to check if enemies were behind me or not.

Colors are ultra vibrant here, too, and there are a metric butt-ton of different color vibrance settings for you to toy with. Prefer something incredibly colorful for Overwatch? Prefer reduced blues to reduce eye strain while you’re staring at a screen for long periods of time and trying to snipe? There are 20 different options for you to choose and tweak, and making the changes are quick, with a very minimal menu.

Zowie’s XL line is also very easy to adjust, as far as viewing angle is concerned. Not only is the stand adjustable so that you can raise the monitor to eye level with ease, but it’s also on a swivel for both turning it left and right and tilting the monitor up and down. If you prefer to look slightly down at your screen, you can swivel it to tilt upwards slightly. If you prefer to have it straight as an arrow so that it’s parallel with your face, you can do that too. There are a lot of viewing options here.

It’s also worth noting that Zowie has taken eye comfort to a new level here. Not only does it use flicker-free technology in its new line of monitors, but it also made an interesting design choice regarding the monitor’s frame. Instead of a straight edge, flat-out monitor frame design, the XL series has a frame that’s angeled downward at the bottom of the screen so that there’s a minimal reflection on brighter screen settings. That makes things a bit less distracting when you’re playing. Cool.

If you’re looking to drop some dough on a really well-developed gaming monitor that’s intended for use by pro gamers, you won’t be disappointed with Zowie’s new XL line. With a minimalist physical design that’s logo-free, Black eQualizer, tons of tweakable settings, and an impressive attention to eye comfort, it’s clear that Zowie was looking to create a top-tier option in the monitor space. With many different options in the XL line available, and each monitor having more settings than many would even know what to do with, Zowie’s monitors are catering to every type of gamer on the planet. So, chances are, you’ll find the right monitor with the right available tweaks for you.