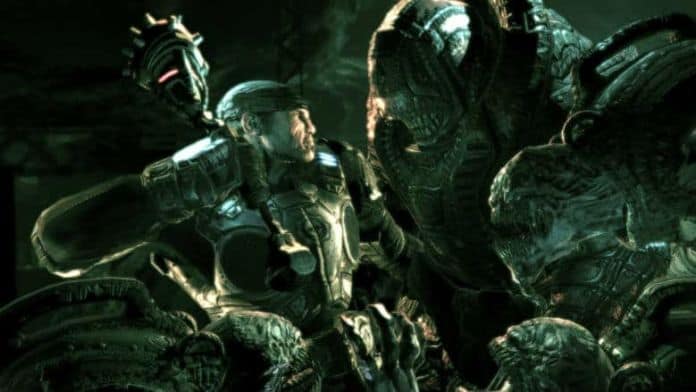 A potential Gears of War movie has been in the works for over a decade now. But with news that Universal Pictures has hired F. Scott Frazier to pen the project’s script, it may be closer than ever to becoming a reality.

New Line Cinema originally nabs the rights to a Gears of War movie in 2007. There were numerous starts and stalls, with several writers, directors and producers being attached before departing. In April 2013, Scott Stuber was tasked with writing and producing the potential flick. And from there… nothing.

That is until October 2016 when Gears of War 4 director Rod Fergusson announced that Universal Pictures had picked up the Gears of War movie rights. Fergusson confirmed that Stuber was still attached to produce alongside Dylan Clark with Universal’s Bluegrass Films banner.

In May 2017, Shane Salerno was announced to be working on the Gears of War movie script which “[would not] be based on one of the games but a new story set in the universe.” Salerno’s efforts apparently fell through, as F. Scott Frazier’s addition was confirmed today.

No actors have been linked to the project, but you don’t think of Gears of War without thinking of the gruff leading role of COG soldier Marcus Fenix. Fenix is voiced by the renowned voice actor John DiMaggio in the game series. Unfortunately, DiMaggio is likely to cede the role in a feature film as the talented artist doesn’t quite fit the part physically.

We’ve seen this Gears of War movie song and dance before. Both at New Line Cinema and previously at Universal Pictures. Hopefully the project actually comes to fruition. But on this one, it’s more of a we’ll believe it when we see it.

Previous articleBlade Runner Anime Coming via Adult Swim and Crunchyroll
Next articleDaredevil Canceled at Netflix
Jeff Scott
Growing up a 90's kid, Jeff found his love for gaming during Nintendo's heyday. Because of that, you could (perhaps sadly) call him a "Nintendo Fanboy" to this day.