It’s been well over a month since we got word that Kim “Geguri” Se-Yeon would be joining the Shanghai Dragons, making her the Overwatch League’s (OWL) first female player. And while it’s great that Overwatch League finally has a woman, especially Geguri who is often cited as one of the best Zarya players in the world, this doesn’t mean we are done fighting for good gender representation in OWL.

Overwatch League: a Promise of Community

I have to admit I’m not the savviest when it comes to the world of esports. But like many gamers, Overwatch and OWL has caught my attention and peaked my curiosity. Therein lies the power and potential this league has. While esports isn’t a new development Overwatch’s popularity can’t be overstated. And the fact that OWL’s teams are city-based is huge. Finally, esports begins to mirror some of the traits that make traditional sports a success. It’s about repping your city, it’s about community.

According to the about section on the official OWL website the goal of this league is to “create the world’s premier esports league, where teams and players thrive for years to come.”

It’s a big goal and one that can only be achieved by building a welcoming space. And yes, that means you need to include women. It’s been stated by people all over the internet but for a game with such a diversity cast of characters to not be more mindful of diversity is sadly ironic.

I’m not going to pretend like it’s an even split because, in terms of viewership, we know mainly men watch the league. Maddy Myers, from Compete Kotaku ran the numbers best:

Statista estimates that 15% of esports viewers are female; Esports Ad Bureau puts that number at a much higher 39%. Overwatch League’s viewership breakdown is not available, but the player base for the game is much more gender-diverse than its team shooter counterparts. Quantric Foundry estimates that 16% of Overwatch players are female, whereas their analysis of shooter game demographics in general (including Counter-Strike, Call of Duty, and so on) found that only 4% of players are women. In other words, chicks dig Overwatch.”

So yeah, we’re out here. 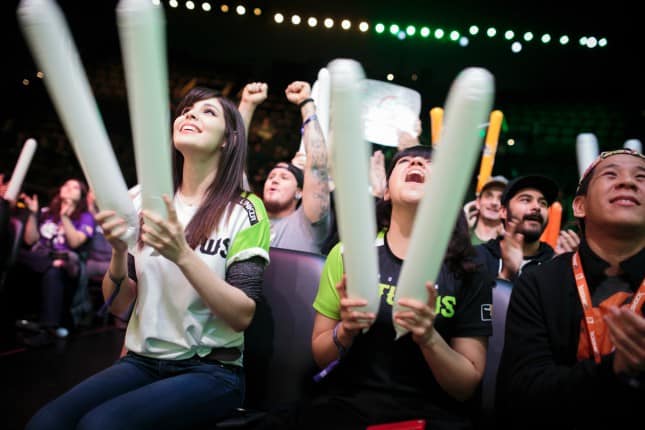 And while women are the minority I’m not going to toss up my hands and take that minority status as a fact of life. Those who are opposed to making an effort to include more women in OWL often claim the responsibility lies solely on women. It’s this idea that “If women wanted to play, they would play. And If there were more playing, there would be more competing.”

That’s an easy answer to accept but this response fails to address the larger issues at hand. While some choose to look at these statistics as a “just how it is,” I ask myself the “why? Why aren’t there more women in these spaces?”

We know the gaming community is half women so where are we in the competitive space? It doesn’t take long to realize that some of that is tied to sexism. Now it’s not necessarily sexism that’s as overt as “girls aren’t good at video games” (although I think we’d be ignorant in thinking that isn’t a barrier for women working their way up the competitive circuit).  More often than not that sexism comes in the form of gender based scrutiny and hostility; we’ve already started to see that with Geguri.

“Git Girly”: The Struggles of Women in eSports

Geguri recently tweeted (which translates to the following):

“When I get stressed, I start binge eating so I get fat. I’m sorry for being ugly. In stage 3, I’ll work hard to show a good side of myself, if only in the game!” 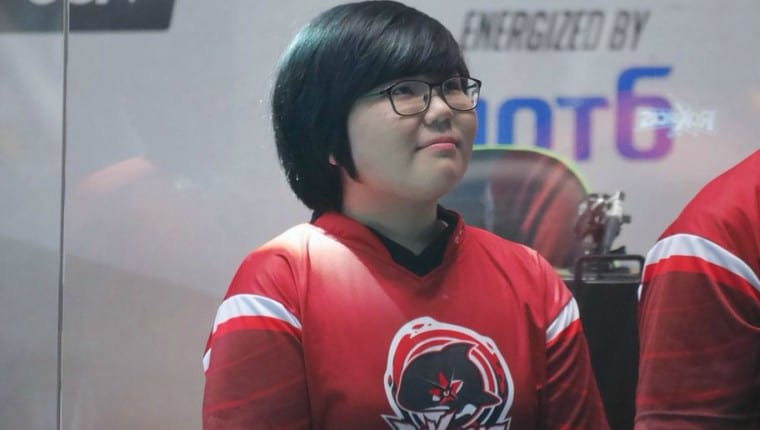 We have no way of knowing for sure what prompted her to post this but we do know people are critiquing her appearance for not being traditionally feminine enough (see: negative comments on her short hair, asking if she’s even a girl, etc). This doesn’t come as a surprise but it does speak to an ongoing issue: It’s not enough for a woman to be good at the game, you have to be “good” to look at.  This means having traits that are conventionally deemed attractive. Oddly enough though, if you’re conventionally attractive people will also accuse you of being fake or only being there because of your looks. It’s almost as if women can’t win…

Of course, this issue isn’t at all unique to Overwatch League and has plagued esports since the beginning. But we can’t look at these occurrences and then turn around and say “more women aren’t here because they’re not interested.” Who among us would like to be subjected to criticism that’s grounded in our identities, our very existence as human beings? It’s an unfortunate reality for women in esports and while there are plenty of women that can “handle it” no one should have to.

“How many women need to be in OWL then?”

When I heard that there were no women in OWL, I highlighted this issue on my own channel. I heavily cited Nathan Grayson’s coverage of this topic which boils down to this, coaches across the board seemed to be saying the same thing:

“now isn’t the time to give women players a shot, but someday they’ll totally be part of the Overwatch League, somehow. One team will snap up a woman player, and then the floodgates will open. In the meantime, women will just have to work harder than everyone else and also only enter when the circumstances are exactly right.”

Now that the league has done that could Geguri be the woman who opens the floodgates? Maybe. Hopefully.

But when I originally reacted to this news I did my best to avoid mentioning Geguri’s name at all (as an extremely talented player, fans often asked specifically why wasn’t she included in the league). The reason I did this was because I wanted to avoid her becoming a token. Because here’s thing thing:

Those upset at the push for inclusion ask, so when is it enough? When will you be satisfied? And I can only think back to Ruth Baderginsberg’s quote on the subject of female representation in the Supreme Court. She stated:

People ask me sometimes, when do you think it will it be enough? When will there be enough women on the court? And my answer is when there are nine [the amount of people who can be on the Supreme Court].

It sounds extreme but for the longest there have been only men and no one seemed to find it peculiar. Now, to speak more practically I don’t need OWL to become nothing but female players (though that’d be badass, not gonna lie). But I don’t think there’s a magic number and thinking about it in that way risks us treating the symptoms without addressing the problem. It’s not just about adding the women it’s about creating an environment where that’s normal and creating spaces that are welcoming to female players/fans.

For now the truth remains: there are more playable female characters in Overwatch then there are women playing in OWL.

So yeah we can do better.

I don’t expect OWL to be able to fight off sexism in the entire video game industry. But if we’re not all working towards more inclusive gaming spaces we’re doing a disservice. And let’s not forget esports is still young… hell, the video game INDUSTRY is still young… both are young enough to fail.

I don’t think that will happen but toxic communities aren’t the formula for longevity. So if you care about video games this is something you need to keep an eye on.