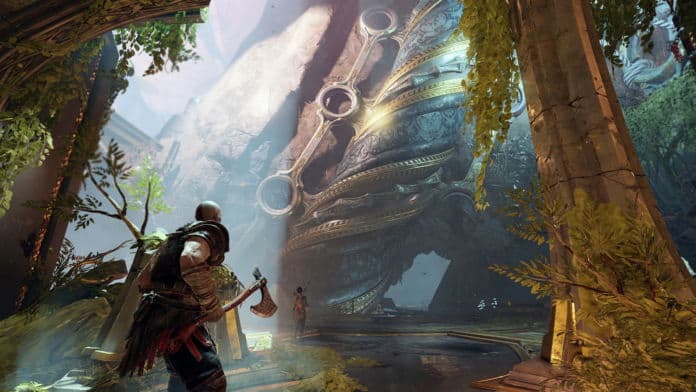 It’s hard to believe that it has been two years since Sony Santa Monica took the console generation by storm with its stellar reboot of God of War. The switch to radically different mythology and a more nuanced depiction of Kratos breathed new life into the stagnant series and offered fans one of the most unforgettable experiences of the PS4’s lifespan.

The Mystery of Faye

There’s no doubt that the first game’s story wrapped itself up with a satisfying, touching conclusion – but it deliberately left certain threads dangling ready for the sequel to pick up. One such thread is Kratos’ late wife Faye, who despite influencing so much of the narrative up until this point, is still somewhat of a mystery. We know that she died at the beginning of the game, but it remains unclear what exactly killed her. Mimir mentions that giants aren’t known to die of old age – so what exactly happened?

Faye also clearly had some degree of foresight, as her final wishes were specifically designed to catch the attention of the gods and entangle her family with the forces of Asgard. This was confirmed by the markings seen in Jotunheim, which mirror the events of the game and hint at the future. But, again, we have no clues as to what her role was or why she would put her husband and son in such grave danger. Here’s hoping that God of War 2, or whatever they choose to name it, will answer some of the lingering questions that we have. 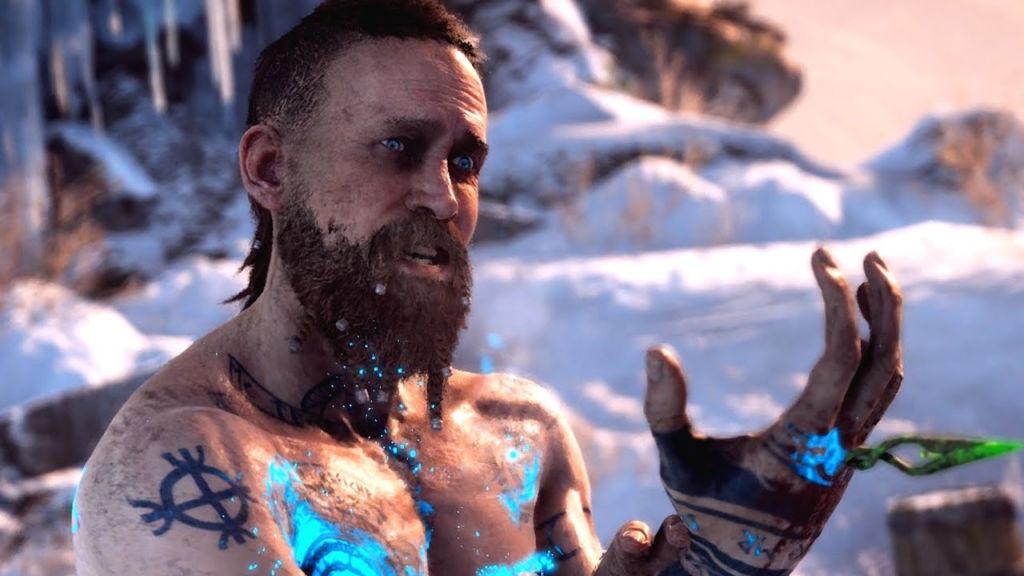 One of the biggest draws for the God of War series is allowing players to interact, or rather kill, iconic figures from ancient mythologies. And while the 2018 game had its fair share of Norse deities, the likes of Baldur, Modi and Magni aren’t exactly the A-listers. Thor was heavily teased in the secret ending, implying that the god of thunder may even be the villain in the follow-up.

To be fair Kratos did bring on Ragnarok 100 years early and kill his brother and two sons – you can see his point.

Odin, despite never being shown, spends the entirety of the first game lingering in the background, subtly overshadowing everything you do. It feels right that we should meet the Allfather in all his glory come God of War 2, purely from a narrative point of view. Pitting us against the most powerful figures in the nine realms would build on the grounded narrative that has already been established and widen the scope for some more spectacular set-pieces. If 2018 was just dipping a toe in, we want to be thrown in at the deep end next time.

More Tools of the Trade 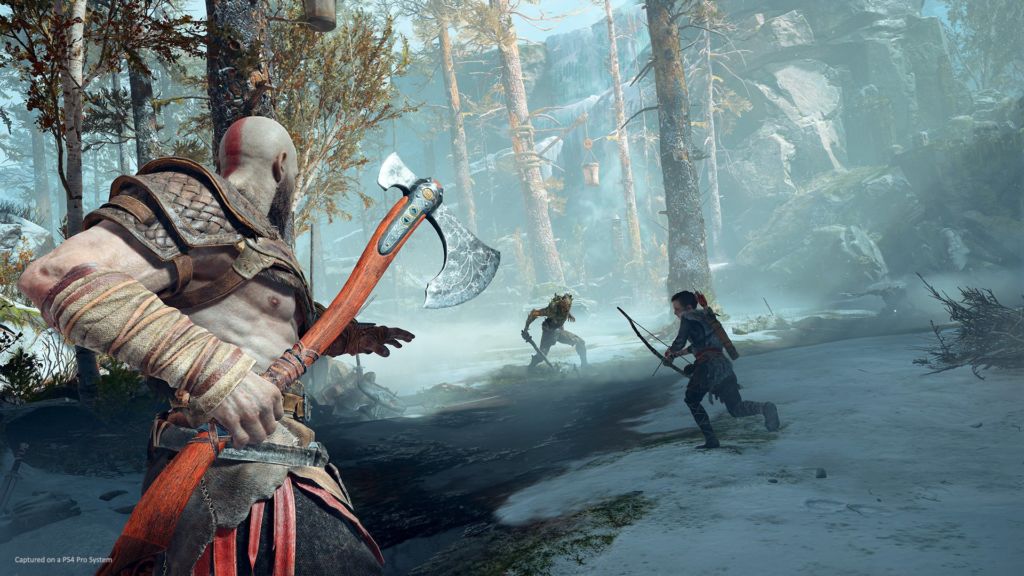 Although Kratos himself possesses some iconic weapons, from his Blades of Chaos to his oh-so-satisfying Leviathan axe, Norse mythology is teeming with legendary weaponry that would only strengthen his arsenal. And some of them would certainly make for some interesting additions to God of War’s already excellent combat. Gungir was once Odin’s spear, acquired by Loki from the Dwarves. It is said to be so perfectly balanced that it always strikes targets no matter the user’s skill, lending it great promise as a throwable piece of equipment.

A candidate that could also serve a narrative purpose is Dáinsleif, a powerful sword forged by the Dwarves. It inflicts wounds on enemies that can never be healed by any medicine but is also cursed with being required to take a life every time it is drawn. As previously mentioned, there is no love lost between the Dwarves and the Asgardians, and Dáinsleif is the perfect artifact they could offer Kratos to go Odin hunting. 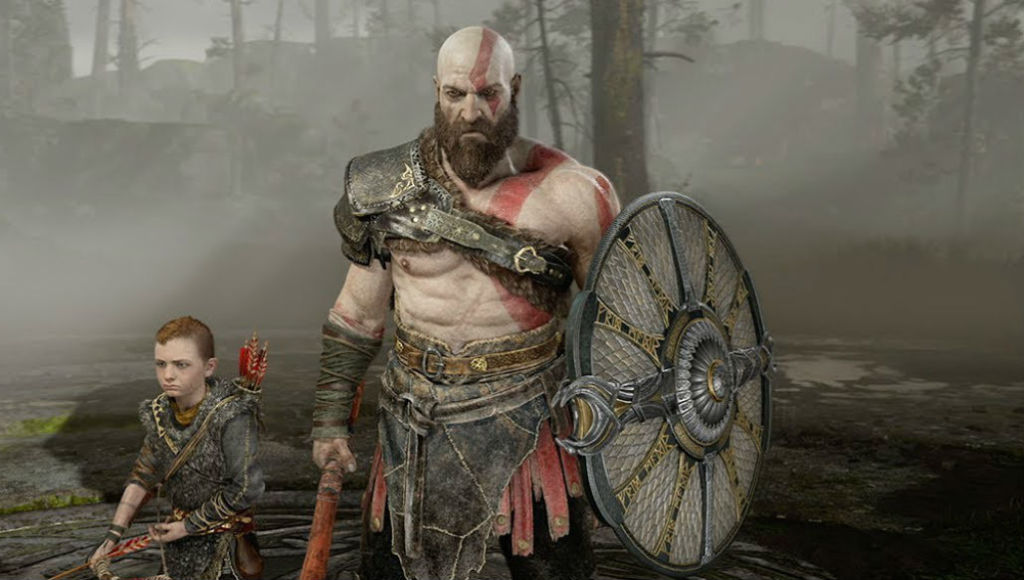 One of the many things that made God of War such a special experience for fans was the personal, father-son story at the center of it. While Kratos was the linchpin of the first game, the story seems to be placing his son Atreus at the fore. Allowing us to play certain portions as him will let us see things from his perspective, both figuratively and literally, investing us deeper in his journey of self-discovery.

In terms of gameplay, playing as the smaller, nimbler Loki (we’re still processing that one) offers a nice contrast to the brutish strength of his Dad. Where Kratos is relatively slow-moving, Atreus’ could move around the battlefield quickly, skilfully dodging attacks while taking Draugr names with his bow and arrow. Speaking of which, we’ve already seen how effective his arrow attacks can be and we’d love to see this foundation grow from a simple button press into a fully fleshed-out combat system. This occasional switch would also break up the pace and keep enemy encounters interesting as you level up and unlock skills for two distinct characters. 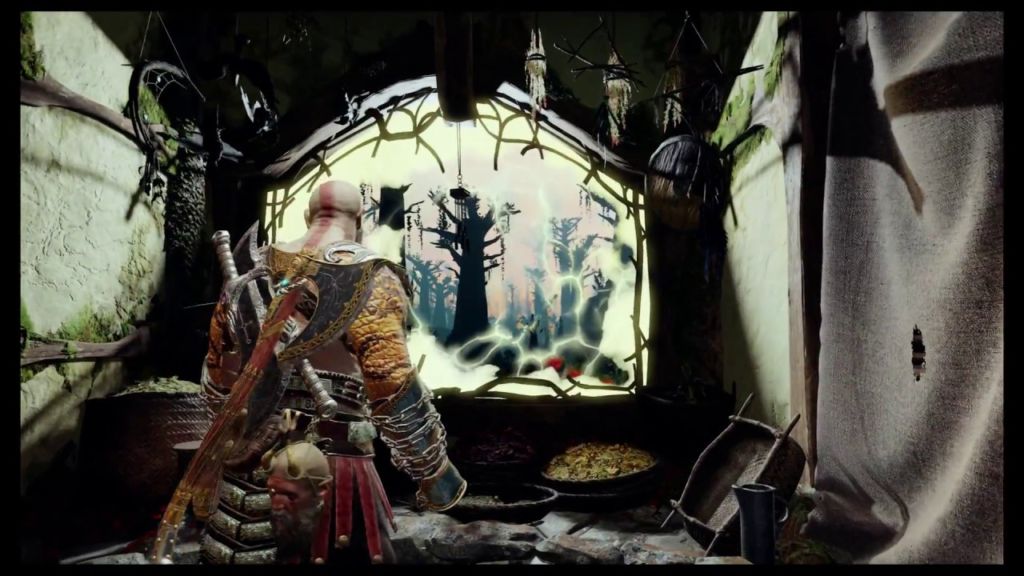 While exploring Midgard, it became increasingly distracting that three of the nine realms are inaccessible to the player. Vanaheim was closed off by Odin after his marriage with Freya painfully ended, while Svartalfheim was restricted to prevent any possible alliance between the Dwarves and Vanir. The prior especially holds many potential interesting plot threads for the sequel, due to its centuries-long war with the Asgardians. With Freya, a former god of Vanaheim, set to feature heavily as an antagonist, opening the doors to these realms would be a neat way of exploring her backstory, her relationship with Odin, and what drives her character.

Perhaps the most notable absentee until now is the home of the Aesir – Asgard. The Allfather only grants those he deems worthy entrance into his homeland, but don’t be surprised if we find ourselves there relatively soon. The golden realm is traditionally home to a range of people and places that could translate into bold gameplay sections; for example, sneaking around the halls avoiding the sight of Heimdall or battling the honorable dead in Valhalla. Ultimately, we want the developers to double down on the source material and fully embrace their Norse influences.

Those were biggest hopes for the next God of War game, and as we head into the new generation later this year, news on the direction it will take shouldn’t be too far away. One thing we do know is that we can’t wait to see what comes next.

Nathan Warby
is a writer, gamer, and caffeine enthusiast. He also runs the TV section of Meteor Media. Bylines at Cultured Vultures, LeftLion, and The Independient.