God of War New Game Plus Arrives Later this Month 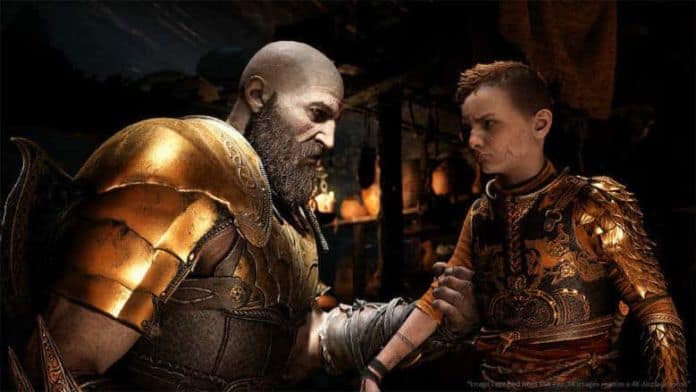 If you’ve been away from Kratos’ incredible journey for a while, Sony Santa Monica is giving you the perfect excuse to hop back in. A God of War New Game Plus mode is arriving later this month.

Aaron Kaufman, Community Strategist at Sony Santa Monica Studio detailed the news on the PlayStation blog for us. The God of War New Game Plus mode will be free to everyone via a patch. A patch that Kaufman says “is easily our biggest update” yet.

Kaufman says that Sony Santa Monica Studio developed God of War New Game Plus in a way that was “inspired by [fan] feedback first and foremost.” In addition to a new take on the base game, the fresh feature will introduce new gear, more difficult enemies, and the ability to skip the in-game cinematics.

You’ll need to have beaten God of War in order to enable the title’s New Game Plus mode. Once you’ve done that, you’ll be able to take the Kratos and Atreus that you completed the game with and jump into a new adventure from the start. However, you’ll still be carrying all of the gear and upgrades that you completed your previous run through with.

Though your characters will be incredibly stronger than they would typically be at the game’s outset, the foes you’ll be fighting against will be too. Kaufman teases that some of the adventure’s enemies “might even have a few new tricks up their sleeves!”

New Game Plus will feature a brand new level of item rarity for your new play through. And there will be a new collectible throughout God of War New Game Plus that’s known as “Skap Slag”. Skap Slag will allow for Kratos and Atreus “to upgrade [their] gear to the best of the best from our finest blacksmiths.”

For those trying to speed run through God of War, the ability to skip cut scenes is an added bonus in the upcoming patch too. And that patch featuring all the above isn’t too far out either. The game’s “biggest update” is headed our way on August 20th.

Previous articleFix PUBG Campaign Started by Developers
Next articleWarning: Zombies Inside Front Door Cover by The Holiday Aisle
Jeff Scott
Growing up a 90's kid, Jeff found his love for gaming during Nintendo's heyday. Because of that, you could (perhaps sadly) call him a "Nintendo Fanboy" to this day.