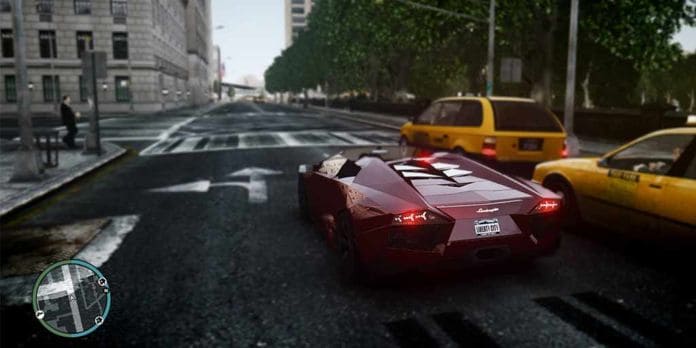 Rockstar might actually be working on the next Grand Theft Auto.

According to actor Tim Shell’s CV, Grand Theft Auto 6 is in development. The stunt-man-turned-actor has the currently unannounced game listed on his resume under the Motion Capture section, alongside Red Dead Redemption 2 and upcoming PS4 game Reborn.

The leak comes from NeoGaf member chadskin, who notes that mocap work is typically done in late development stages of a game’s production.

Of course, it would be no surprise to see Rockstar working on GTA 6, given the success of the franchise as a whole, and most recently, the incredible success of GTA 5 and GTA Online.

It’s likely that GTA 6 is still a couple years out if it is, indeed, in development, and expecting it any earlier than fall 2019 would be a mistake.

There’s also always the possibility that this listing is a mistake entirely, and the actor meant to type Grand Theft Auto 5 on his resume, although that seems a bit unlikely. With GTA 6 being an undeniable sure thing for Rockstar making money upon its release, the leak isn’t out of the realm of possibility in any way, and we’d be hard-pressed to believe that it isn’t accurate.

There is a bit of speculation floating around that the next iteration of the Grand Theft Auto franchise will be entirely online, although we personally doubt that will be the case. It’ll be interesting to see what sort of route Rockstar takes with GTA 6, as there are so many possible directions the franchise could go at this point. For instance, going way into the future for some sort of sci-fi-themed Grand Theft Auto, or setting it in an alternate universe of some sort.

If you’re interested in getting the gears turning more about GTA 6, check out our GTA 6 Wishlist here.

Previous articlePlayStation Plus August 2017 Games
Next articleWolfenstein II: The New Colossus DLC And Season Pass Details
Bobby Bernstein
Bobby is the co-owner of Nerd Much?. Bylines at Heavy, Den of Geek, HiConsumption, and More! Like his nerdtastic tweets by following @Thirstiestgamer on Twitter..