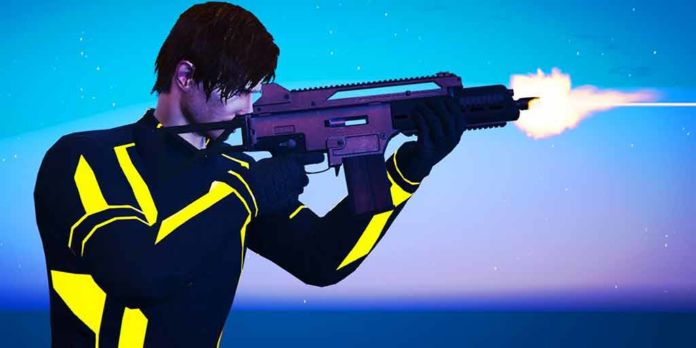 **With GTA 5 adding a cyberspace battle with yesterday’s Land Grab DLC, let us re-present our thoughts on a potential sci-fi based Grand Theft Auto 6.**

There’s no denying that the Grand Theft Auto franchise is Rockstar’s bread and butter. With each new iteration, GTA gets bigger and better. The latest experience, GTA 5, is the best game in the franchise so far, and it’s even in the discussion when gamers talk about the best game of the Xbox 360/PS3 generation. 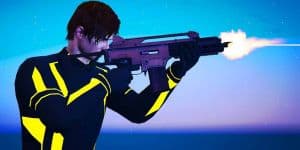 Occasionally on Mondays, we like to do what we call Mash-Up Mondays, where we basically take two games/movies/TV shows and/or genres and mash them together to create one awesome thing. This week, while I was playing GTA Online, I started to think about what Rockstar could possibly do next to change it up a little and provide a new Grand Theft Auto setting. What would mash-up together nicely with one of the most popular video game franchises in existence?

So I started to think about Rockstar’s other games, the Red Dead franchise, Max Payne and L.A. Noire, which are all widely considered great games. Of course, Red Dead Redemption is basically just a western-skinned GTA at its core, which led me to start thinking about what other sort of great ideas would mesh well with the GTA open world formula. Immediately, I started fantasizing about how cool it would be if GTA 6 were set in a sci-fi themed world. 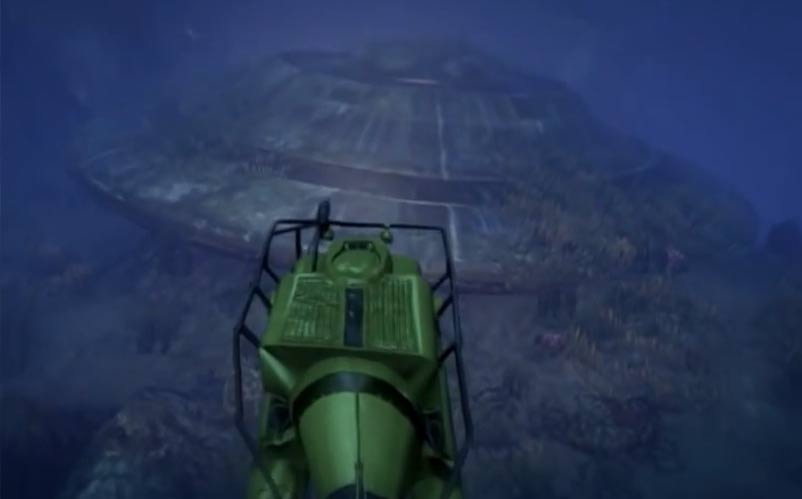 One of the things that typically makes the GTA formula so great is the fact that it’s typically grounded in its story, and not-so-grounded in its gameplay. Sure, you have a certain degree of realism when it comes to things like character design, guns, and cars that so closely resemble real-world cars that it’s surprising that Rockstar doesn’t have their own car brand at this point. However, if you think you can actually jump up the side of a building and land on top of another building next to it in real life, you’re sadly mistaken. What if a new GTA take place amidst an alien invasion in, say, a Tokyo-esque location (or another major city we haven’t been to yet)? For all intents and purposes, setting a new game in a sci-fi-themed world would allow for some major changes to take place in the game that wouldn’t change the franchise’s core, but would, instead, skin it and provide new experiences that have the potential for greatness.

For example, what if instead of heading to the giant airport to score yourself a sweet jet you were able to hop into a flying saucer of some sort, complete with lasers instead of guns? Something along the lines of Destroy All Humans, but with a bigger world and much more content, is what I’m thinking about. Instead of using the Special Carbine rifle in GTA Online, you would be able to take out your friends with a mix of real-world guns and the alien weaponry brought to our world by the alien invasion. Instead of a Bati 801RR or a Double-T Dinka, you’d be able to ride smaller alien vehicles on the ground akin to Sparrows or Interceptors from Destiny or a Ghost-esque vehicle from Halo. Of course, it should go without saying that this would create some potentially great online races against your friends, especially when you think about pairing the idea with something like GTA‘s latest content addition, Cunning Stunts. In addition to the more grounded races, this alien-themed GTA 6 could feature other races along the lines of something we’d see out of F-Zero. 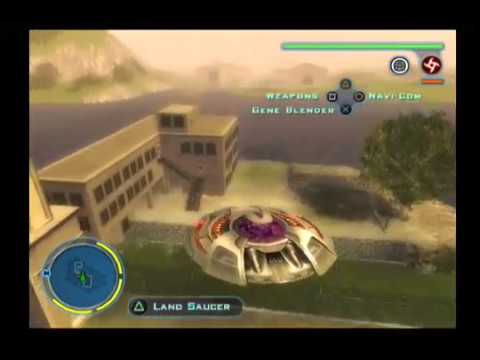 Another aspect that makes the usual GTA formula so great is its social commentary on things like consumerism in America. What if, instead of commenting (read: poking fun of) on the state of the U.S. economy and pop culture, Rockstar took the opportunity to talk about conspiracy theories and the possibilities of aliens actually existing. Sure, it’s out there, but it sounds like a hell of a lot of fun if you ask me. I’d also like to see how Rockstar would handle a sci-fi story, given their impressive roster of games.

It’s also noteworthy that Rockstar Games has already given numerous nods to the existence of aliens in the GTA world, like the many GTA 5 easter eggs that allude (or even show) aliens. It’s clear that aliens have a place in the world, if for nothing other than alien movies.

What if, instead of gang wars and fighting for your home turf against other humans, you had to fight aliens for Earth’s freedom? It might sound a bit similar to Saint’s Row IV, but Rockstar Games would do it much more impressively than Volition and Deep Silver. Plus, you wouldn’t be the president or anything ridiculous like that (as you are in SR4).

Of course, Rockstar could take a sci-fi Grand Theft Auto concept to the nth degree by taking it to space or setting it actually on a planet lightyears away from Earth. That’d be cool, too, albeit even more unlikely.

There’s so much that Rockstar could do with a sci-fi world that the idea (or even rhetoric about the idea) is overwhelming. Personally, I don’t see Rockstar ever going this route because it might veer too far off the franchise’s current ideology. But, until we hear any GTA 6 news, it’s still amusing to imagine.

Previous articleStreaming or Not: Sega, Other Japanese Publishers Need to Nix Restrictions
Next articleFast RMX Will Bring Out Your Inner Completionist