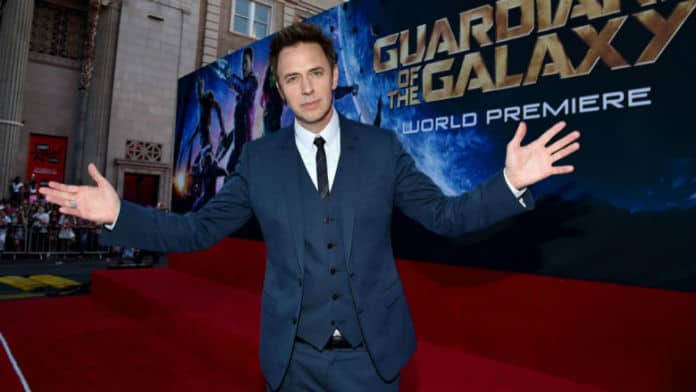 Disney relieved Gunn of his duties back in July after a series of offensive tweets that he wrote many years prior resurfaced. It was a targeted attack on Gunn by far-right loyalists, angry that Gunn was openly critical about Donald Trump.

Gunn’s tweets were indefensible, making light of topics such as pedaphilia and rape. But he swiftly apologized for the transgressions and blamed no one but himself when Disney decided to part ways with him. At the time, Disney’s Chairman, Alan Horn, considered Gunns tweets to be “offensive” and indefensible and inconsistent with our studio’s values”. However, today it seems the studio is willing to give him a second chance.

Following his termination, the series’ cast rallied support for their director. They published an open letter backing him and vouching for his character. Their public uniformity very well could have been a primary reason for Disney’s reconsideration.

Even with Gunn on the sidelines, Disney still intended to use the director’s script that he wrote for Guardians of the Galaxy 3. This was something various members of the cast were pretty adamant about.

The original release date for Guardians of the Galaxy 3 was slated for sometime in 2020. That’s obviously no longer the case, and we’ll have to wait even longer on the third installment due to Gunn being hired to write and direct Suicide Squad 2 for Warner Bros. and DC.

It was confirmed that Gunn would not be reneging on the Suicide Squad sequel to run back to Marvel. Instead, Marvel will wait for Gunn to finish his duties for DC before work begins on Guardians 3.