Crank up the epic metal music and choose your fighter because Guilty Gear Xrd: REVELATOR takes the stage for a brand new experience.

In late 2014, Arc System Works released Guilty Gear Xrd: SIGN, which proved to be an enjoyable 2D fighter on both the casual and competitive front. Many agreed that it was a step forward for the series with outstanding visuals and accessibility to newcomers.

Revelator is an interesting title, because it’s not quite a sequel or entirely new game, but an “updated continuation”. Many elements from Sign are present in Revelator, such as the Arcade, Story, M.O.M. Mode, character roster, and more. This does not mean it’s simply a rerelease, however, since there are several changes and an entirely new story that continues where Sign left off.

Arc System Works listened to fans, their requests, and suggestions for improvement on the already solid fighter, which is reflected in the changes present in Revelator. This is important to note when playing, and many of the changes will be mentioned in this review. 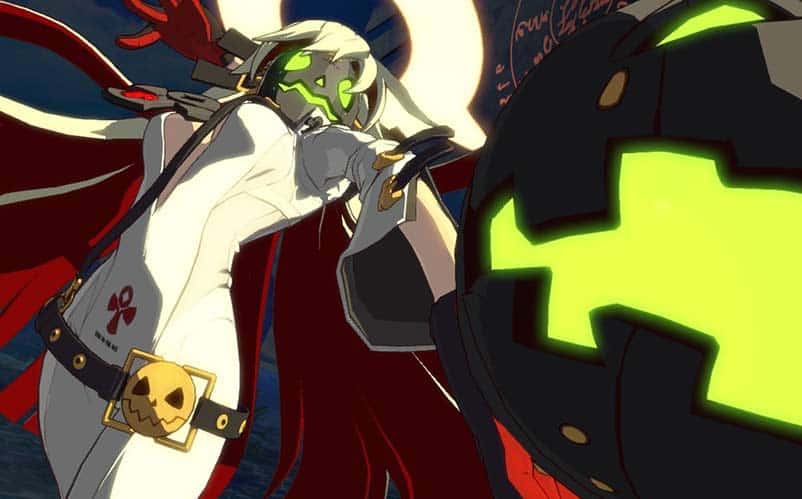 What is Guilty Gear exactly? The Guilty Gear series has an interesting concept and backstory dealing with the discovery of magic ability by humans. From this, biological weapons – also known as Gears – were created to establish world peace. However, they eventually turned against humanity, causing an all-out war between Gears and Humans that has gone on for several years.

If you have never played a Guilty Gear game, this explanation should be enough to provide a basic understanding of the world. However, Guilty Gear is far from a basic story; it’s complicated, with political undertones, a complete timeline, different terminology, and several characters, each with their own unique roles. It’s definitely intriguing, but will take some time to fully understand the setting and circumstances.

This brings us to Revelator, the second part of Xrd’s storyline. Jumping into Revelator without any previous knowledge of the series may cause some confusion, which is to be expected from a multi-titled game. This is why playing Xrd: SIGN is recommended for newcomers who are playing for the story. However, it is not required to play Sign first; luckily, there is an option on the menu screen that provides players with a complete timeline and dictionary that explains everything for newcomers, which shows the vast amount of effort put in by the developers.

The story mode in Guilty Gear is unlike any fighting game story I’ve ever seen before. Having experience with short, almost non existent and 40-hour story modes in fighting games, I was not entirely sure what to expect. However, I was pleasantly surprised.

Guilty Gear’s story mode is a several hour anime movie with impressive visuals and presentation. Its cinematics are so gorgeous that it puts even the best games with sprites and text to shame – the unique anime art style and 3D models just look so good. It’s definitely like a movie or anime series. There is no interaction on behalf of the player. 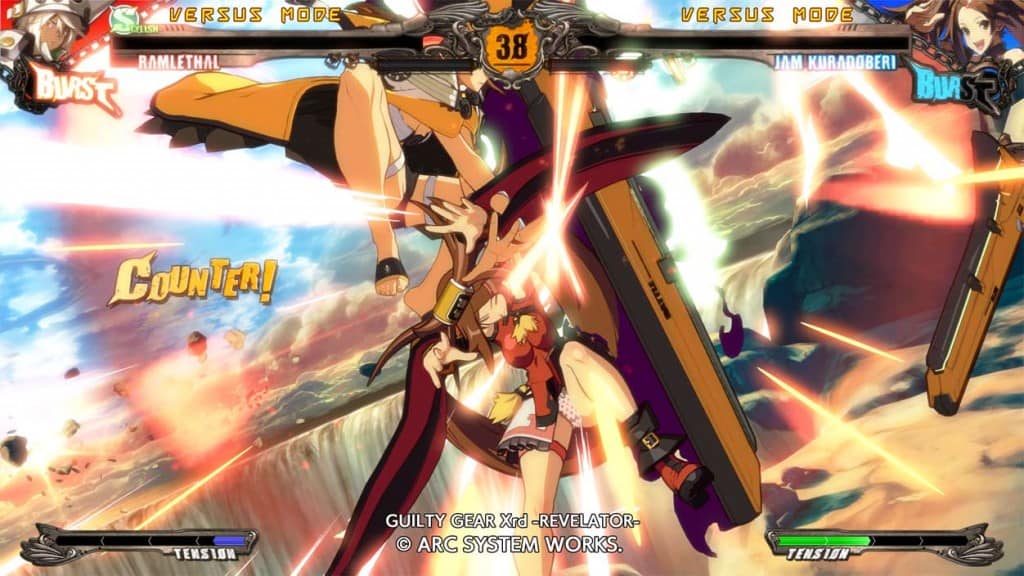 Is this good or bad? This can be argued several ways. One one hand, this can be considered positive because it avoids the fighting game story mode cliché of “a tournament”, or fighting everyone on the roster at least once. This is refreshing and allows for more story development. It also allows players to enjoy the story and relax without worrying about several fights in between, which appeals to casual gamers or those who want a break after playing countless online battles.

However, there are some obvious problems. For example, not allowing the player to interact may cause some to become bored or wish that they had more of a role in the story or a challenge to overcome. Hardcore players may wish for more.

Perhaps in the future, there can be a middle ground. Maybe there could be a story mode with select fights and varying difficulty with the option to shut if off or have auto battle for those who just want to enjoy the world of Guilty Gear.

Either way, you can definitely tell the level of effort put into the story mode, which will keep players busy for several hours.

It’s also important to note that the story mode continues in the Arcade subsection, allowing players to get to see what each character was doing before the actual story, giving more insight to their individual character or actions. It’s extremely fun and will take hours to complete, giving players a lot of content to work with. Even if you don’t know what’s going on when you jump into the story, it becomes easier to understand over time.

Fighting games depend on mechanics, which is absolutely important to keep a game alive in the crowded genre. Guilty Gear utilizes a six-button system including punching, slashing, heavy slashing, kicking, and dust, with combos to utilize the character’s unique moves. The goal is to deplete the opponent’s health bar as well as fill up a tension gauge to perform special attacks. Guilty Gear Xrd: REVELATOR provides players with some of the most refined 2D fighting mechanics in the most recent years, improving upon Xrd: SIGN’s already enjoyable battle system. Some of these changes include an additional button for overdrives, altered Blitz Shields, Blitz attacks, Burst overdrives, throw breaks, and homing dashes. The details on these changes can be accessed on the Dust Loop Wiki here.

Characters are NOT re-balanced from Sign. It remains a mystery how this will effect tier lists and competitive play, especially with the new additions to the roster. Each returning character still has their unique play style, from slow to fast-paced battles and ranges. This is great for those who want to continue playing competitively or with their favorite from Sign.

There are several game modes, including Arcade and Online with different subsections that allow players to train, play locally, against a CPU, or with players around the world. Note that in order to play online and join matches and lobbies, you must have an active PS Plus account. If you are looking for competitive play, this is a must. A mode called M.O.M. is an RPG-like mode that challenges players to get medals. 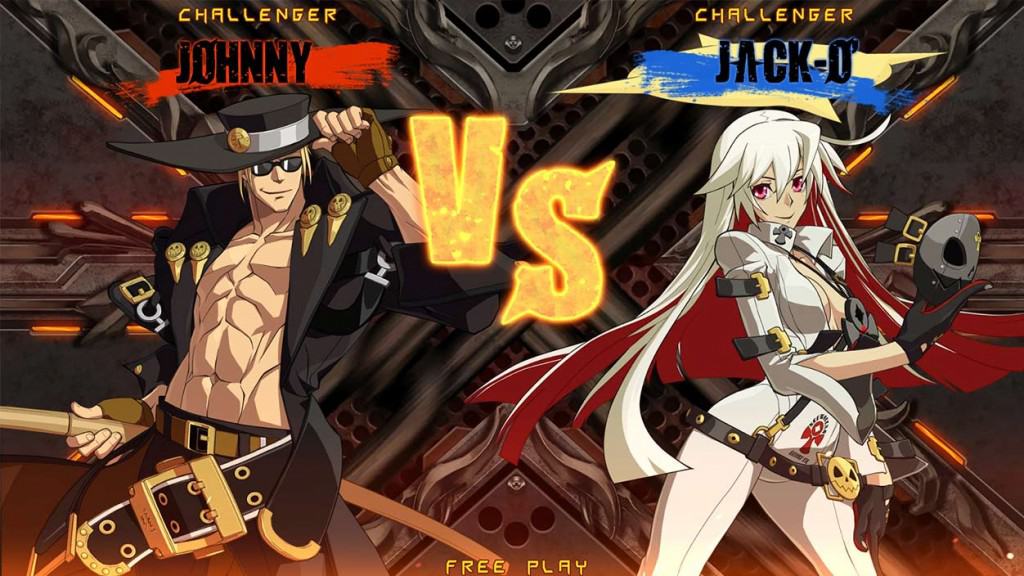 If you are new to the series, Guilty Gear Xrd: Revelator is great at teaching you how to play with tutorials and especially the choice between styles and controls. This allows newcomers to quickly catch on. However, it is important to note that Guilty Gear has so much depth in the battle system, that it has a steep learning curve. Like any fighting game, it’s easy to learn, but tough to master.

Speaking of gameplay, one of the most important elements of fighting games is making sure there is a well balanced roster with interesting characters and differing fighting styles that appeal to a wide variety of players. This means including anything from slower, tank like characters to fast paced, highly mobile options.

Guilty Gear Xrd Revelator has plenty of variety and characters that are not too similar to each other. Characters have their strengths and weaknesses, from strength in offense to low defense. For example, Sol Badguy, the main character and face of Guilty Gear, excels in knockdowns but can be slow to play at first. Mastering a character’s ability requires both practice and real life matches to hone one’s skill and abilities.

One thing many Xrd Sign players complained about was the small roster of characters, especially compared to other fighters. However, in Revelator this is fixed with six new characters added to the original roster. Personally, Jack-O’ is my favorite addition to the cast, with her slick moves and fast-paced style of fighting. Her play style involves placing ghosts on the ground, which, when activated by summoning servants, can attack the opponent. Playing as her really makes the player think of how to place her ghosts, as well as when to be on the offense or defense.

Other cast members include returning fighters from the XX series, which is great for longtime fans of Guilty Gear, including fan favorite Dizzy. There’s a character for every kind of player, whether casual or hardcore. 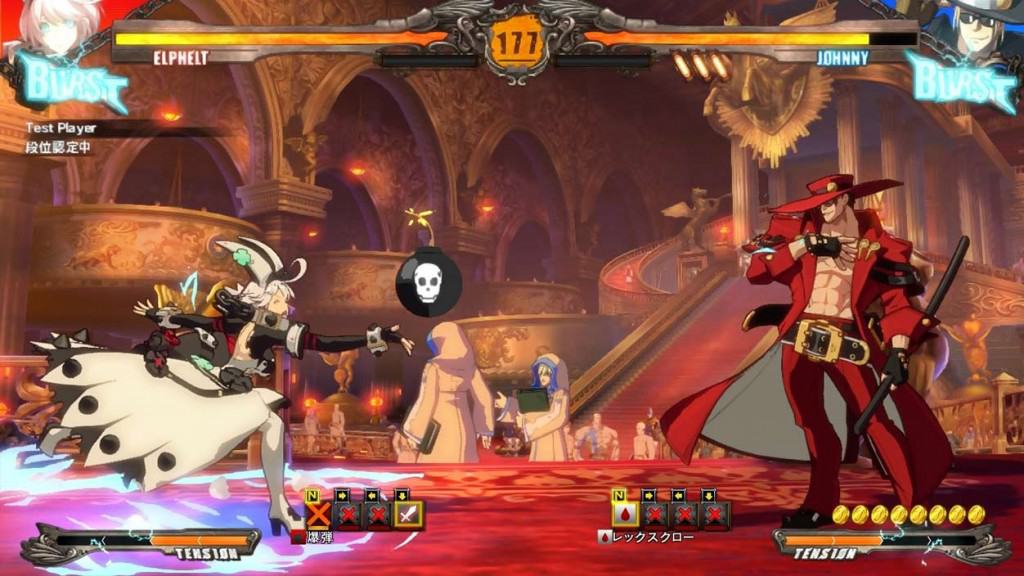 One final thing to mention about Revelator is how amazing it runs, looks, and sounds. Running at 60 FPS on the PS4, Guilty Gear Xrd: REVELATOR plays so well. The animated character intros and winning poses are an absolute joy to watch, especially coupled with their dialogue. Guilty Gear’s anime art style and rock n’ roll/metal motifs are so cool and fit the theme of the fighting game series rather well. Fighting to epic metal and rock music tracks make the battles even more heart-pounding and intense.

Overall, Guilty Gear Xrd: REVELATOR is a fantastic 2D fighting game that greatly improves on it’s predecessor. Taking suggestions from fans, Arc System Works put so much effort into this title, refining it and making it an even better experience for the players. Having a tremendous amount of depth for a fighting game makes Revelator accessible for newcomers and enjoyable for hardcore or longtime fans of the series. Although the story was hard to fully grasp at times, I was in awe in how awesome everything looked, and understood more after reading the encyclopedia and watching more and more over time. Guilty Gear Xrd: REVELATOR sets a high standard for 2D fighters, and it’s definitely a contender for fighting game of the year.

Guilty Gear Xrd: REVELATOR releases June 7, 2016 for PS4. A demo is available on the Playstation Network.