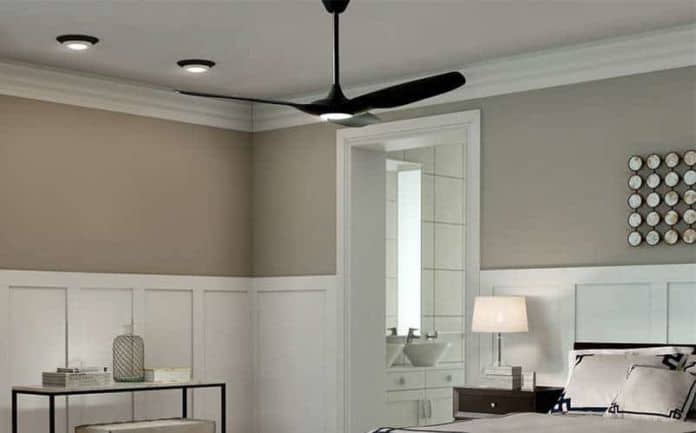 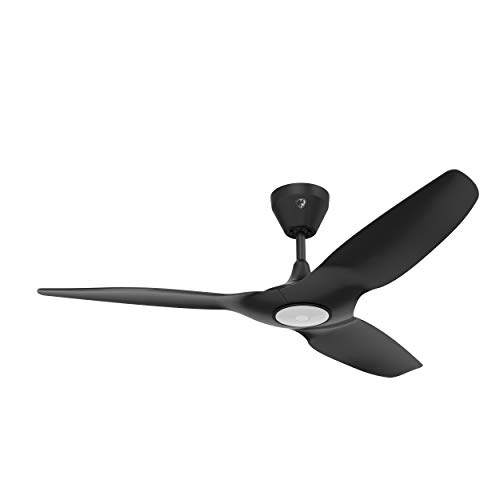 Sometimes, we’ll come across a product and shrug indifferently at what it does, but then somehow moments later, we’ve got our credit cards out and we want nothing more. That’s the case with the Haiku Home Smart Ceiling Fans, which are Wi-Fi enabled ceiling fans that you can control with your smartphone. 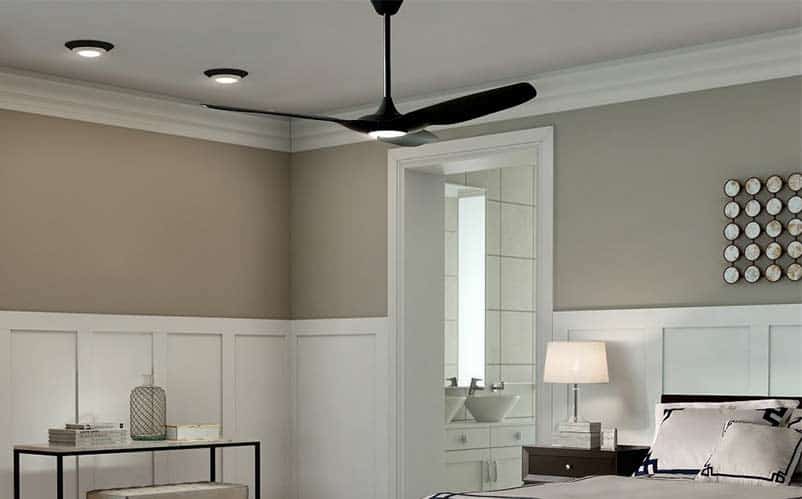 The Haiku Home L Series Smart Ceiling Fan comes in a variety of colorways, including black, caramel/black, caramel/white, cocoa/black, and white, and they have a futuristic, minimalist look to them. Instead of a base with individual blades shooting out of it, the Haiku Home Ceiling Fan is one shaped unit, with three blades that are all connected. The fans can be controlled with the included IR remote, or the available mobile app (iOS and Android). But what makes it even more appealing is the fact that it works with Amazon’s Alexa, meaning you can control it with your voice. In fact, it’s the first ceiling fan to offer voice control through Amazon Echo devices.

They’re also factory balanced, meaning they’re wobble-free, and thanks to an exclusive, sound-tested motor, they’re entirely silent. In the center of each fan, you’ll find an LED bulb, great for efficiency. It’s one step closer to having an entire smart home, and we’re all for products that promote being lazy. You can pick it up right now on Amazon.