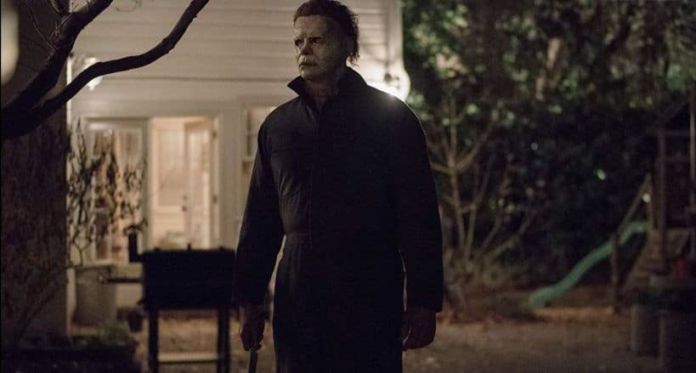 There are very few antagonists as iconic as Halloween’s Michael Myers. This masked killer helped spark one of the most popular horror sub-genres of all time. Following its original 1978 release, the Halloween franchise has seen a flow of sequels and reboots that desperately try to capture the magic of the first film. Now 40 years later, director David Gordon Green aims to give the 1978 film a sequel that reunites Michael Myers and his greatest foe, Laurie Strode (Jamie Lee Curtis).

Junking everything that happened after the first film including the Rob Zombie reboots, Halloween (2018) is set 40 years after the events of the first movie. With Michael locked up in an asylum, Laurie lives her life in constant fear that he will escape and attempt to kill her. This has caused her to destroy almost all of her relationships as she commits to a lifestyle of preparing and training to fight the “boogeyman.” Eventually, Michael breaks free which leads to him skulking and slaying through his old neighborhood.

The crux of Halloween is Laurie and her relationship with both Michael and her own family. It’s the latter that is far and away the most intriguing simply due to how everyone views the events of 1978. She’s viewed as completely insane, traumatized by her past and driven by nothing more than fear. This caused her now fully grown daughter Karen (Judy Greer) to resent Laurie since she was forced to endure this hardcore survivalist training when she was young. 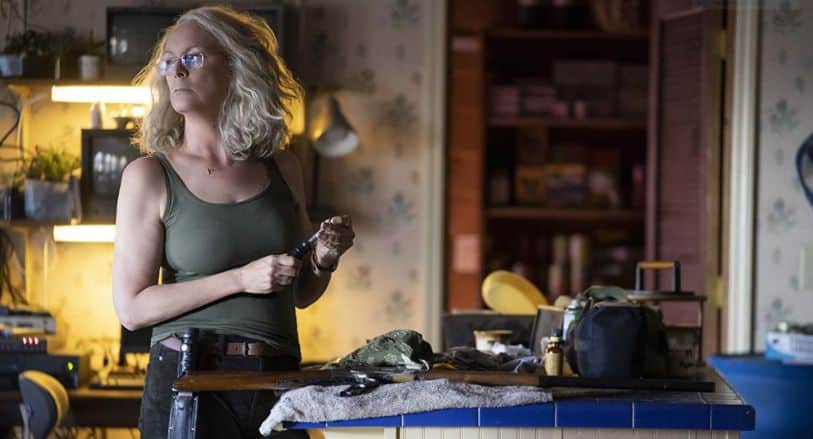 Watching as Karen realizes her mother isn’t crazy is fun, but ultimately not that satisfying. Halloween takes time establishing the dynamic between the mother and daughter, but we already know what the big pay off is. This makes some of the early parts a bit of a slog since the big revelation that Laurie was right lacked any real impact. Don’t get me wrong, both Curtis and Greer have terrific chemistry, I just wish both of their character arcs weren’t so predictable.

Both of them get off better than Andi Matichak who plays the daughter of Karen, Allyson. Matichak does a fine job with the material, but the problem is her character really doesn’t serve any purpose to the plot. She pretty much exists to scream and be chased by Myers because both Laurie and Karen can fight him off. There’s also a subplot involving her boyfriend that the film spends a lot of time building up early on only to never really resolve it. The boyfriend pretty much vanishes at the halfway point and is barely mentioned again.

There are also two journalists, but anything about them is pretty much a spoiler, so just know that they are a fun addition I wish had more screentime. Halloween also has a few supporting characters, one of which takes such a weird character turn that feels contrived. We don’t want to name who, but their involvement is lackluster and the “reveal” of their true motives fails to add anything special.

Of course, the main attraction will be Michael Myers, who is just as terrifying as ever. Halloween doesn’t look to add any real depth to Myers, but that’s largely by design. Many of the characters spend the film trying to understand why he would act like this when the answer is simply “because he’s evil.” This turns Myers from a simple slasher to a force of nature, moving like a bloody natural disaster from place to place. It’s equal parts awe-inspiring and terrifying, mainly thanks to Green’s terrific direction.

Halloween doesn’t shy away from violence, but Green has a good eye for what and when to actually show the gruesome details. The movie doesn’t seek to bombard the senses with Saw levels of violence, instead, it punctuates each encounter with a bloody finisher. Sometimes the more visceral kills are off screen, letting the sound or own imagination fill in the gaps. Given how stale seeing someone just stab a person can get, I appreciate the level of variety and cleverness implemented for certain scares.

One, in particular, deserves a mention, as the entire scene encapsulates everything great about Halloween. In a single take, we get to follow Michael as he butchers his way through a neighborhood, going house to house while everyone is trick or treating. Despite the fresh feeling, Green layers the scene with various 1970s aesthetics that help remind us where the film came from. It’s an effortless fusion of new and old school styles of filmmaking, which helps deliver perhaps the best scene in the entire film.

Halloween is not as good as the original, but it’s certainly the second best in the franchise. Even with some of the movies plot and character issues, watching Laurie and Micheal go head to head is a thrill. It’s almost impossible not to enjoy yourself watching this film, flaws and all. This sequel may not rise to fully meet the expectations of a real follow up, but it’s doubtful it ever could.

Simply put, Halloween is a good film that is just a few steps away from being a truly great horror movie.

Previous articleBatman Batcycle Christmas Ornament Brings the Dynamic Duo to Your Tree
Next article50 Minecraft Creations You Have to See To Believe
Collin MacGregor
Collin is a complete film geek and the one person who actually likes playing the medic class. When he's not raiding in Destiny, making poor choices in Dark Souls, or watching Mad Max: Fury Road for the 100th time, you can find him writing for Nerd Much and Heavy.