Halo 6 Reveal Is Not On The Horizon

In a blog post lead writer of 343 Industries studio Jeff Easterling explained to fans that there will be absolutely nothing, no details revealed or anything else about Halo 6 in the foreseeable future. He understand that the studio should have made it more clear before E3 started that it would about the Halo 2 expansion, rather than letting the announcement imply that there would be something of Halo 6 there. 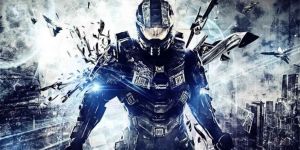 Easterling goes on to say that there is “little to nothing that can be said” about Halo’s new title, and that this condition will continue “for quite some time.” And he means it, Halo 6 won’t be at any other event, Gamescom or PAX, this year or the next. When they are good and ready, they will reveal the game, but “it won’t be soon.”

So it seems despite the two year anniversary coming up for Halo 5: Guardians, we won’t be hearing anything new about the series. No matter how much we might be desperate to see what the studio is doing with the brand new title. If you’ve the theory that the Halo 6 will be coming out next year, it feels a little too late for a headliner game like Halo 6 to be unveiled. By the sounds of it, Halo 6 still has a couple years to go before we hear amore about it. It’s clear that Microsoft is giving 343 all the time they need, and that’s a good thing.

Though it might not hurt to still hold out hope to hear something about Halo 6 next year.