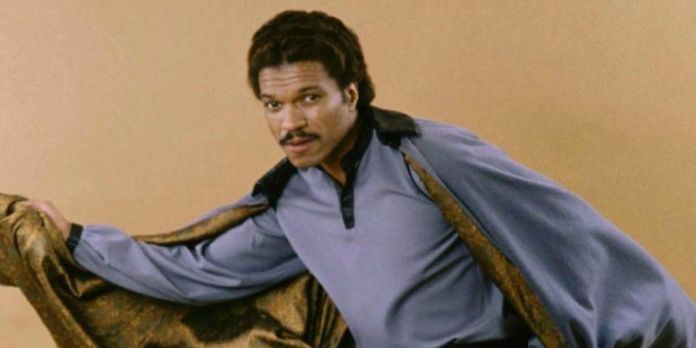 Ron Howard, the new director for the Han Solo spin-off movie, seems to be sliding into the role previously occupied by Phil Lord and Chris Miller with ease. Such ease, that he seems confident enough to hand out a small tease for fans. On Twitter, the director has posted an image that shows a rack of costumes. Very colorful costumes. Unfortunately the only character in Star Wars we know that’s flamboyant enough to wear such outfits is the one and only Lando. 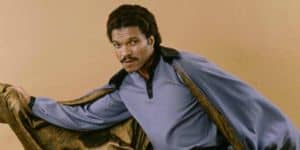 Lando first appeared in The Empire Strikes Back, as an apparent friend of Han Solo. A lavish celebration was held upon Han Solo and Leia’s arrival, only to be eventually spoiled by Lando’s betrayal.

If I recall correctly, Princess Leia and Han Solo stop at Cloud City to repair their ship and enjoy a little respite before going back into the war. Leia is having none of the flirting and fancy parties from Lando, however, and suspects his betrayal. It’s too late by the time she expresses it to Han Solo though, as not long afterwards Lando leads the group straight to Darth Vader himself.

In yet another brilliant cinematic moment, Darth Vader, all decked out in his usual black costume, sits at a completely white room. The only color are spots of fruit on the table, a quaint scene if Han Solo and Vader did not immediately draw their weapons. There is nothing quite like contrast to make a scene stand out in the film, whether by light, costumes, or the set itself.

Lando, in addition to the stark whiteness of Cloud City, uses contrast too. He’s the only one in the whole movie besides Vader that sports a cape. On top of that, he wears a lovely satin blue shirt with a black collar. His cape really makes him stand out though, as the lining is a material usually found in ladies dresses, a floral gold satin.

The as yet untitled Han Solo movie is release in 2018, with Donald Glover to star as Lando.

So who do you think the wardrobe belongs to? Let us know in the comments below, and tell us your favorite Lando moment in the Star Wars cinematic universe.