Hearthstone is Losing Sight of a Key Demographic 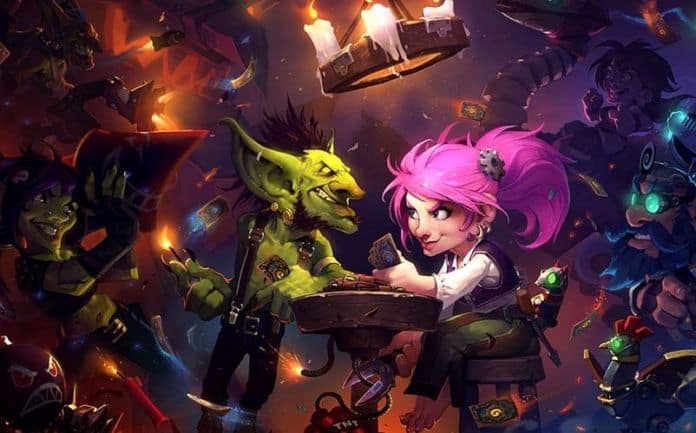 When Hearthstone launched in 2014, Blizzard promised an easy-to-learn electronic TCG that would appeal to hardcore and casual gamers alike. They surpassed expectations by making a really fun, somewhat deep game with a low barrier to entry. Now, in 2016, after several expansions containing hundreds of new cards, Hearthstone is a very different beast. The core gameplay is still the same, but Hearthstone has gotten more and more complicated. This is a good thing for someone like me who loves intricate strategy games, but it’s not quite what Hearthstone seems to want to be. Everything about the game is designed to cater to casual gamers, except for one very big, very important aspect: the free-to-play model.

Free-to-play can be done well (see League of Legends), but in most cases it devolves into being what gamers like myself hate: Pay-to-win. Sure, you can compete in Hearthstone as a free-to-play player… if you’ve played every day since launch. If you’re just getting into the game now, as a casual gamer, then you might as well give up. I’ve been playing the game since launch, took a LONG break after the first expansion, Goblins vs. Gnomes, came out (note: all of these cards are no longer playable in the standard format, i.e. competitively), and I just returned a few months ago. I even sunk some money I received via GameStop gift cards into the game, and I’m still stuck at the bottom tier of ranked play. It took my damned best effort to break rank 15! Now, of course, the game takes skill — which I believe I have as an avid TCG player — but, more importantly, it takes good cards, something I don’t have. A skilled player with a F2P account might beat an average player with several epic and legendary cards 1 out of every 10 games, but only if they draw well. 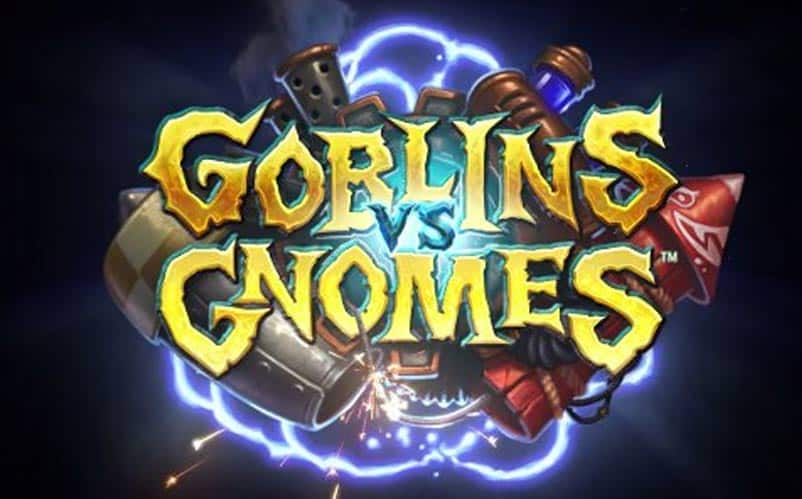 Now before you accuse me of being “salty,” do note that I absolutely love the game. I’m actually more into it now than I’ve ever been. But that’s because there are several more cards and it has gotten a lot more complicated. Starting Hearthstone now, as a complete newbie, would likely be a complete waste, unless you plan to pay at least $25 to get some decent cards (and even then there’s no guarantee). Blizzard is actually a great company that knows how to make great games for casual and hardcore gamers alike. Hearthstone was originally so appealing to casual gamers that I even got my fiancée to start playing — granted, she does play video games, but nothing remotely close to TCG or strategy games. She loved it at first, then she started losing… A LOT. And so did I. But we both had fun doing it. If I showed her what the game is like now and let her play a few rounds of in standard casual mode, I think she would get frustrated before even hitting the 7 mana mark. And I wouldn’t blame her. She would be using cards that are 2 years old, playing against people who could have put over $100 into building a really powerful deck. But Blizzard is a company that generally knows how to avoid this kind of balance issue.

Let’s look at one of Blizzard’s other immensely successful games for a comparison. Overwatch is a game that, in my opinion, perfectly balances casual and hardcore play. It can easily be a serious e-sport game or a fun game you pick up for 45 minutes after a hard day at work. What’s the difference? Well, you can get absolutely destroyed as a newbie in Overwatch but it still somehow remains fun. Getting destroyed in Hearthstone doesn’t feel “fair” because your opponent might have cards that you don’t. Overwatch isn’t free-to-play, so everybody has access to the same exact gameplay items as soon as you boot up the game; the only things you unlock upon leveling up in Overwatch are cosmetic items. Losing in Overwatch never feels unfair because everybody has access to the same characters, and when you lose it feels like your fault (or at least your teammates’). A big part of Overwatch’s success in this regard comes from being able to freely switch characters at respawn.

So how can Hearthstone be more like Overwatch? What’s the answer? I think tiered “lobbies” could work quite well. For example, anybody who has never paid a cent could choose to only play against only other F2P opponents, then people who have paid $1-$20 could play against each other, $21-$40, and unlimited. This would eliminate the nearly impossible to win pay-to-win vs free-to-play matches.

I think Blizzard has realized they may be losing casual fans. They’re taking some steps towards fixing these issues. They’ve  implemented new mechanics that even the odds a bit. There’s the “discover” mechanic that upon playing a card with this ability allows a player to choose from three randomly generated cards, regardless of whether or not those cards are in their collection. There are also cards like the new Prince Malchezaar that help even things out by putting five random legendary cards into your deck at the start of the match; however, you need to purchase that wing of the One Night in Karazhan adventure in order to unlock the card. So there are a few ways to end up playing cards you don’t actually “own.” There are even some game modes that can even the odds, like the arena and aforementioned adventures, but those both cost money (or lots of in-game gold). The one saving grace in Hearthstone seems to be the tavern brawl. This mode keeps the game fun and fresh, adds another opportunity for free cards, and it often features “brawls” that let players play with pre-made decks. 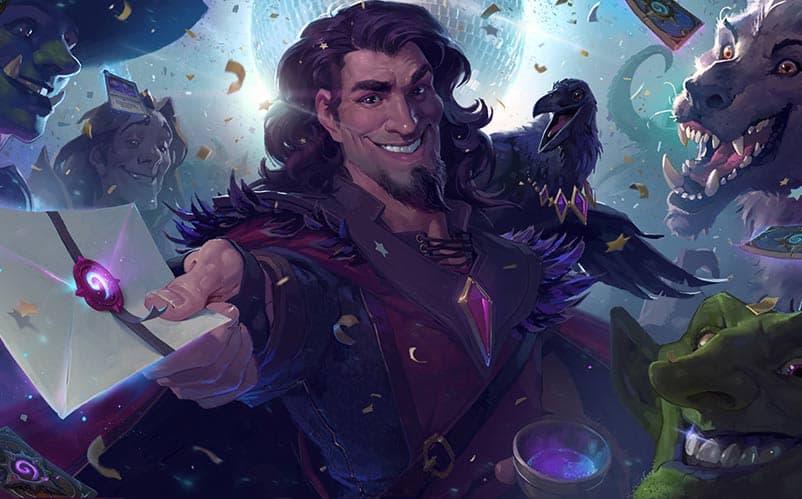 This new level of randomness is what will keep Hearthstone fun and engaging for casual fans. Sure, Yogg-Saron may be considered the worst card to hit the game by hardcore, competitive players, but a card that casts a random spell (with random targets) for every spell that had been cast earlier that game is pretty damn fun. This card is sort of the electronic equivalent of getting frustrated and flipping the table at a Magic: The Gathering event. We even have cards like Reno Jackson which when played can restore your hero’s health completely, BUT only if you only have 1 copy of each card in your deck, ensuring more randomness in your card draw. Reno Jackson is a card that is really fun for the person using it, but the person on the receiving end is not going to be happy at all. For some reason, whenever I play a Reno deck I never seem to draw him, but every time I play an opponent who I have down to 5 health they happen to whip one of these babies out and I want to throw my iPad across the room in a fit of pure rage. But it’s a fun card. And so is Yogg. These are the types of cards that will keep Hearthstone appealing to casual gamers. Think of this part of the game as a “Nintendo-ization” (a term I just made up and plan to trademark) of the TCG. Nintendo has a way of making things unbelievably fun and random, but annoying to those who don’t reap the benefits. The difference is Mario Kart has the dreaded Blue Shell that is rewarded to last place racers, Hearthstone has Yogg-Saron which is rewarded to cash-flushed card collectors.

A proper division between less serious gamers and competitive players who paid top dollar to create unstoppable decks would make Hearthstone much better. Keeping the game fun with an added element randomness, like the discover cards, is also a must. And, lastly, an updated tutorial that explains all of the new mechanics and how best to use them might help. Either way, I probably won’t stop playing anytime soon, but I can see others who really don’t like losing giving up pretty quickly if the game keeps moving in a direction that favors the pay-to-win players.

If you’ve put under $20 into your Hearthstone account and want to play with me, feel free to challenge me at Lazyl3aker — and if you’ve got a deck full of golden epics, don’t even think about it.

Previous articleBattlerite: The Perfect MOBA Game for Those Who Hate MOBAS
Next articleRazer Gigantus Mouse Mat Announced
Joe Portes
Joe Portes is a writer of fiction, essays, and humor.  He teaches Creative Writing at SUNY Adirondack. His short stories appear or are forthcoming in the Indianola Review, Funny in Five Hundred, Pitkin Review, and Z-Platt.