Hitman – Game of the Year Edition Announced by IO Interactive 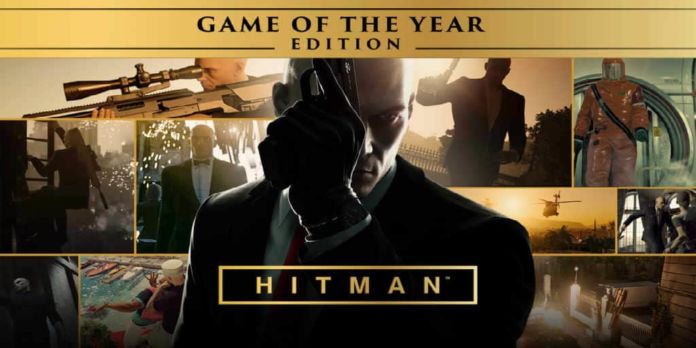 The episodic Hitman game that began rolling out in March 2016 was a surprising delight. Originally conceived as a typical retail release, fans thought the worst when Square Enix and IO Interactive instead opted for a six episode season. It turns out the move was a fantastic one.

Each of the six episodes of Season 1 were favorably received. The new content would roll out about once a month, and IO Interactive had fun doing things like putting a hit out on Gary Busey within the game for added kicks. Agent 47 was back and arguably better than ever.

After the success of the first season, Square Enix and IO did release a complete package. Hitman: The Complete First Season launched on January 31st. Now, just in time for the holidays, IO is giving the game one last opportunity in the spotlight. The newly independent studio is releasing Hitman – Game of the Year Edition in just a couple of weeks.

The Game of the Year Edition essentially sees what was included in The Complete First Season and adds a bit more to the mix. The Complete First Season saw a portfolio which included all the episodic prior content (excluding Elusive Targets and the PlayStation 4-exclusive Sarajevo Six). The Game of the Year Edition does that and more.

Coming on November 7th, IO Interactive promises that the Game of the Year Edition features “The Complete First Season, the brand new ‘Patient Zero’ campaign, new Escalation Contracts, new weapons, new suits, new challenges, improvements to existing features and new lighting enhancements to all locations that make the game look better than ever – plus we have a few more surprises.” The studio is also releasing a free patch for all players to bring some quality of life improvements to the base game.

You’ll notice a few of the game’s new features in the trailer. Perhaps the duo that stand out the most are the fun Clown and Cowboy Suits as well as their respective weapons. The Patient Zero campaign that’s also included consists of a four-mission outing, all in separate game locales. Each venue has been “re-worked from the original settings with new gameplay opportunities, disguises, characters, challenges, gameplay mechanics, AI behaviour and HUD elements.”

Previous articlePokémon Pikachu Coin Bank
Next articleInjustice 2 Announced for PC, Open Beta Beginning Tomorrow
Jeff Scott
Growing up a 90's kid, Jeff found his love for gaming during Nintendo's heyday. Because of that, you could (perhaps sadly) call him a "Nintendo Fanboy" to this day.