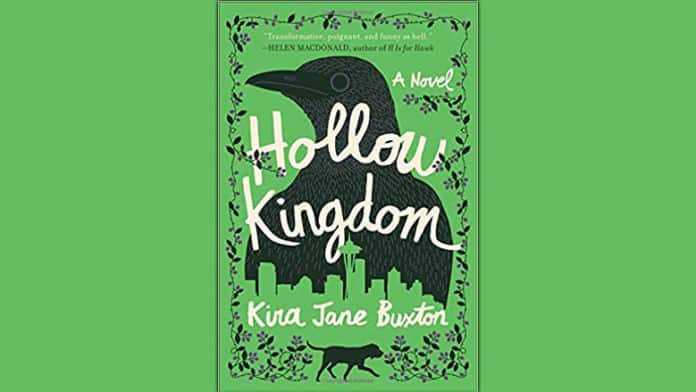 Nowadays, it’s rare to find a post-apocalyptic novel that does much of anything different. Typically speaking, they’re about some plague or other catastrophic event that changed our world forever, leaving survivors to scrounge for food, shelter, and ultimately, their survival. While there are undeniably some great books in the genre, I just recently discovered a new one that is as unique as they come: Hollow Kingdom by newcomer Kira Jane Buxton.

What makes Hollow Kingdom wildly different than any other extinction tale is that it’s all told from the perspective of a domesticated crow (and a few other wild animals here and there), who sets out with his dog friend to figure this whole thing out. And, it’s done so in a way that will surprise the reader. Not only is Hollow Kingdom incredibly funny, but it’s also very well-written, filled with prose, beauty, some light social commentary, and is loaded with heart.

Think of Hollow Kingdom like The Secret Life of Pets films, but set in an apocalypse, profane, and clearly not intended for children. It has the same jovial nature as those cute pets in the films, but it’s paired with the juxtaposition of a zombie-infested, monster-filled world. It’s loaded with memorable characters, and despite its comical nature, you’ll find yourself caring for those characters more than you realized by the end of the story.

It’s also an account of self-realization and actualization that the reader can relate to – despite it being from the perspective of a crow named S.T (find out what S.T. stands for by actually reading the book, sorry!). There are also other themes at play here that are presented in a way that isn’t overbearing or shoved down your throat as a reader; they’re just there to take-in and admire. There are themes about friendship and unlikely duos, loyalty, the importance of helping others who can’t help themselves, and more. 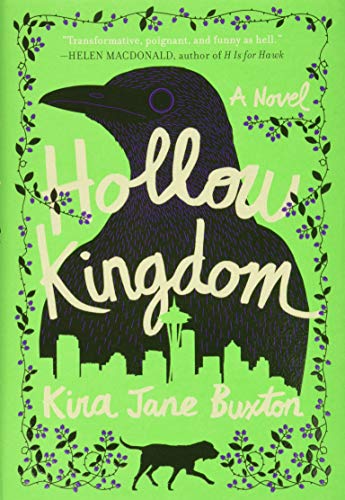 S.T.’s unwavering love for humanity is endearing, and the way this unforgettable crow references seemingly normal aspects of everyday life is half of what makes this book so hilarious. It’s also notable that the story’s author chose a crow instead of any other type of bird; this same story from the perspective of, say, a Scarlet tanager, wouldn’t be as memorable.

In my experience, genre-bending books tend to not work out very well (despite some highlights like Annihilation and Slaughterhouse-Five), but what Buxton pulls off here is noteworthy, to say the least. It’s also one of those books that’s hidden in plain sight – I actually discovered it through an advertisement on Bookriot.

I highly recommend checking out the Hollow Kingdom audiobook, as it’s expertly narrated by Robert Petkoff – a stage actor that brings audiobook enjoyment to an entirely new level. Although you’ll already be laughing at Buxton’s writings, Petkoff breathes life into each character, making the audiobook version much easier to follow than you might be used to.