Harry Potter: Hogwarts Mystery is to be a new mobile game made by Jam City (rebranded as Portkey Games) and published by Warner Bros. Thus far, we know that it will be an RPG. Chief operating officer of Jam City, Josh Yguado, has stated that the new title will be “story-driven” and “not a twitch game.” Only slightly reassuring, as most twitch games are generally on the PC, but sure. 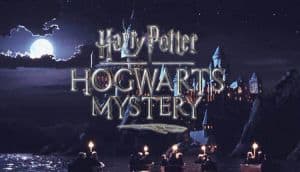 Yguado goes on to explain that players will be able to create a custom character to attend Hogwarts. Each player will go through their seven years at Hogwarts, taking all the usual classes available.

Though Yguado lists Duelling Club here, which was invented by Lockhart during the events of Chamber of Secrets; this becomes a rather important detail when you consider that Yguado later states that game’s timeline will “take place before the Harry Potter novels and films.” It’s a wonder that the title of the game names Harry Potter when he’s not even in the game. That’s like naming Fantastic Beasts “Harry Potter: Fantastic Beasts and Where to Find Them.”

The timeline is placed in such an odd way so that players can still meet all of the familiar professors, but not interfere with the canon events. Despite this desire to avoid conflict, Yguado states that we may still meet “older siblings” of those characters in the books and occur “in the mid-1980s after the Wizarding Wars.” Hopefully, someone will at least remind him that the Duelling Club didn’t exist until 1992. 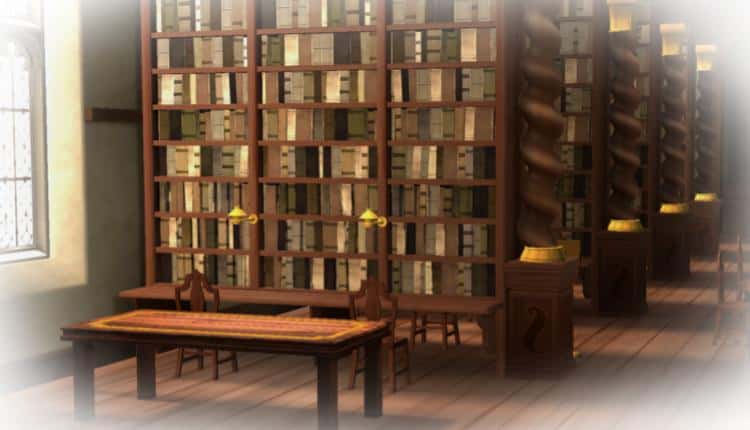 Most fans would agree, there are few ways that a Harry Potter mobile game like this can do very badly. The timeline could be better chosen, as not a lot was going on in the Wizarding World at large while Harry Potter was growing up. Though if the writers are not as skilled as they should be, writing before the Golden Trio (I refer, of course, to Harry Potter, Hermione Granger, and Ronald Weasley) his Hogwarts is probably for the best.

Though that means we won’t get to meet the characters that made us love Rowling’s Wizarding World so much. Dumbledore will be there, along with a number of familiar professors, but is that enough? Again, a better timeline where it be possible to role-play as any one of the Golden Trio, or even the Order of the Phoenix, would appeal to a lot more Harry Potter fans.

There are plenty of plot holes in the original canon that would be thrilling to fill. Thinking of the Order of the Phoenix again, anything Sirius Black did would be an exciting adventure into good versus bad. Or even a minor character like Arthur Weasley during the war would have more intrigue than the years of Harry Potter growing up.

That said, the inclusion of “older siblings” could only mean Bill and Charlie Weasley. They are the only two characters of the right age in the canon books likely to appear. These two would be difficult to characterize, as we know them as they are many years after they went to Hogwarts. Pottermore likely has more information. If it does, and they do not keep true to what Pottermore states as canon, fans will be very unimpressed. Let’s hope they make the right decision.

If the timeline is boring, and old characters not terribly crucial to the canon plot, then what story will there be? What “mystery” will there be to solve? This game very much is a risk of being very boring and reading like romance visual novel. It really depends on how creative the writing team and allowed to be.

Writing within the Wizarding World of Harry Potter is by far more about believability that accuracy. What audience are they aiming towards? Harry Potter fans are all grown up now, some with families of their own. We’re not kids anymore, so a Harry Potter skin on a visual novel RPG isn’t going to cut it. They have to hit that sweet spot between nostalgia and maturity. There’s only so much wish fulfillment we’ll tolerate before we realize Paw Patrol had an episode just like this yesterday.

The gameplay is at a similar risk of being boring. Again, depending on how creative and in depth they want to go, attending classes could mean nothing more than drawing symbols on your screen. That can be entertaining for a little while, but the difficulty curve can get unfair fast.

Nor will you learn anything new about the Wizarding World while you’re attending these virtual classes at Hogwarts. What’s the point of taking a class if you don’t learn anything? Or even worse – fetch quests to complete assignments. However we must keep in mind that Hogwarts Mystery will be a mobile game and the level of commitment need not be high, and thereby the intrigue not complex.

More important than a lacklustre timeline, plot, and gameplay, is how they will handle microtransactions. If they are handled poorly, there is simply nothing to be done for what might be an otherwise good game. The microtransactions will have to be as unobtrusive as Nintendo’s Animal Crossing: Pocket Camp. No diamonds or keys to unlock certain components of the story. Handled well, Hogwarts Mystery might have a chance. But then that story and gameplay will to hold up the game.

Though a Harry Potter RPG won’t make everyone happy, and certainly isn’t a new concept to the gaming world, it should at least be a fun journey down memory lane. Just hopefully more interactive than reading a book, or we’d be reading the series instead.

What do you think could go wrong with a game like Hogwarts Mystery? What do you hope will be included? Let us know in the comments below.