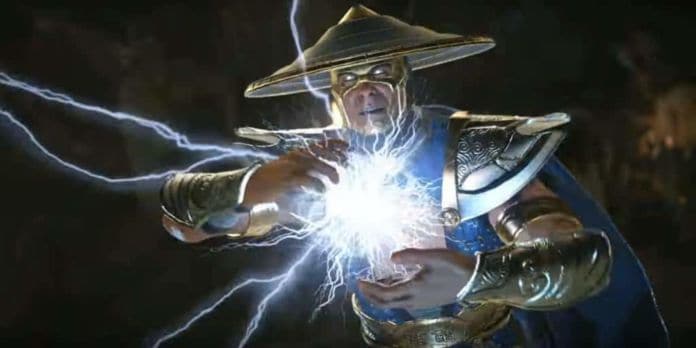 Warner Bros. has announced a new character that will be joining the Injustice 2 roster, the God of Thunder Raiden. The trailer below shows off a few of his moves, and one specially epic one. We also see a new Premiere Skin for Black Lightning that comes with the Raiden DLC, which he looks admittedly hardcore in.

Raiden and the Black Lightning Skin will be coming in October as a part of the Fighter Pack 2. Thus far, the Fighter Pack 2 includes Black Manta, and Hellboy in addition to the aforementioned. The Pack (and the previous Fighter Pack) is included in the game’s Ultimate Edition, and otherwise will likely be priced at about $20.

In the trailer we see Raiden meeting his foe and quipping “to the NetherRealm with you.” Just in case you missed those famous lines from Mortal Combat, there’s plenty more. Especially the, “you’re getting struck by Black Lightning,” which is somehow worse when you realize that’s his name too.

Then we see a few of Raiden’s basic moves before we see the really cool ones come out. They seem to speak to each other as though the other isn’t listening, but we’ll move on from that, the lines still sort of fit together. Raiden then states “now feel my full power” and commences the best finishing move I’ve seen thus far for this game.

Raiden brings his enemy up to the sky and the Mortal Combat dragon appears in the moon. The dragon comes alive and rains the power of thunder and lightning on Raiden’s enemy. It must be watched to be believed, if you haven’t already.

Injustice 2 is currently on the PS4 and Xbox One, with plenty of special editions and DLCs to keep you busy if you want more content and more fighters. Though content comes less in the form of story and more in the form of new dialogue, equipment to change up your fighting style, and again, more characters – even if they don’t entirely fit within the story of Injustice 2.

Previous articleUntitled 505 Games Survival FPS Coming Soon
Next articleDestiny 2 Review: Final Verdict
Rhys Pugatschew
Rhys found his love of gaming in Zelda and expanded to almost all genres. He will be bringing you the latest news in the industry. He has worked for ZeldaInformer and CheatCC, happily writing his opinions for all see!