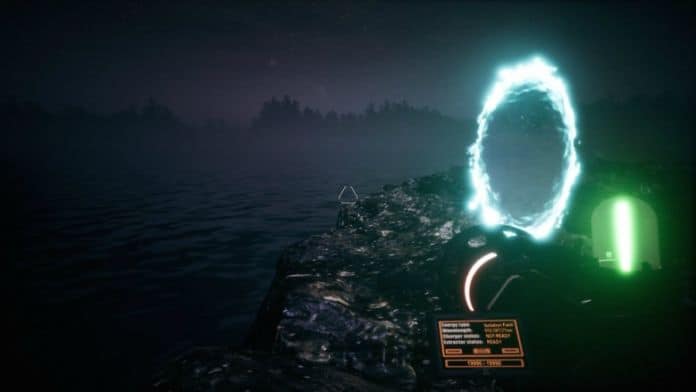 Interpoint is a first-person, sci-fi mystery game with some elements of psychological horror weaved within the story. The game will arrive via Early Access on Steam this spring and reach Xbox One and PS4 by the end of 2019.

In the game, you play as Harry G., a scientist who took part in a project that opened portals to countless parallel universes. Some of these are nearly identical to our world, others are disturbing different.

It’s a project that was supposed to benefit the world but one day things go horribly wrong and you find yourself stuck in a universe far away from home. Published by Juvty Worlds and developed by Three Dots, Interpoint‘s gameplay focusses on using the Photon Gun to absorb energy from surround objects and manipulate that power to aid you on your quest.

While there are “various endings” it’s unclear if your choices, actions, or a combination of the two impact what happens onscreen before the credits roll.

Interpoint takes place in the early years of the 2020s, which is oddly close to the modern era so be careful what you’re experimenting with.

Below are the game’s key features.