Introducing Nerd Much? 3.0: Our New Look 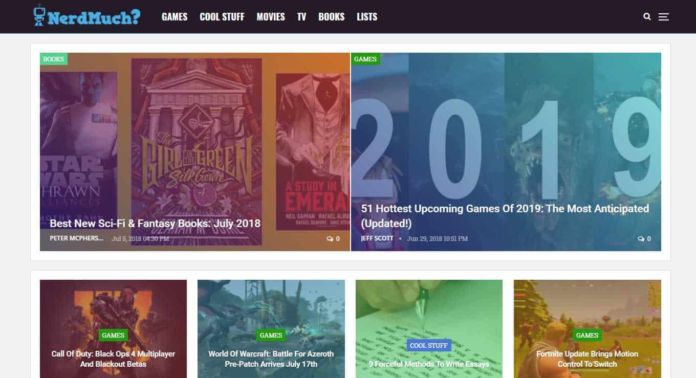 If you’ve been following Nerd Much? since we started a few years ago, (first – thank you, of course), and secondly, you might have noticed we’ve had more or less the same logo and color scheme. We’ve grown a lot since then, and we wanted to take some time to update the look of our site.

So like a Chestburster shedding its skin, we too now have a new and improved look, complete with a new logo, color scheme, and design.

So where did we get the new logo? Interestingly enough, my old childhood best friend, Scott Nelson, now runs his own graphic design studio by the name of Five Line Design, located in Asheville, NC. Go check out his stuff if you’re looking for a new logo design for your business – it’s pretty rad. The only direction we gave him was to use the three colors provided, and he came up with the concept and lettering, himself. 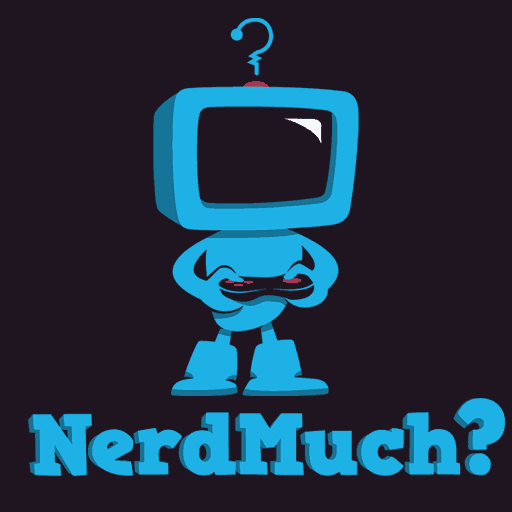 For us, Scott created a little robot guy (we’re working on a name for him…more on that later!) with a TV head, holding a video game controller, and a question mark antenna. Dope, right?! Since we started this site, we wanted more than just letters; we wanted a mascot. Now, thanks to Five Line Designs, we have that (so, you know, be prepared to see it everywhere/on all of our social media channels).

Now, as far as our new color scheme is concerned, we wanted to veer away from the green/yellow color we had before (what can only be described as Nerd Much? green, honestly), and go with something a little cooler – a cool blue hue. The new header background is actually NOT black, for the record – it’s a super deep shade of dark purple. For accent colors, we’ve got a dark scarlet red (for our links and some minor touches elsewhere).

Anyway, hopefully it’s a bit easier on the eyes without the bright green being shoved in your face.

If you follow us for our Cool Stuff category, you’ll soon notice that we’ll be implementing a “Buy it Here” button instead of just a text link. Again, to make things easier on the eyes. It’s 2018, guys…we needed a button!

Hopefully, you guys and gals don’t hate the new design and will continue to be our friends. To me, it feels like that moment when you go out and buy a new shirt and you’re all excited to wear it out for the first time. We’ve been working on this new design for a few weeks, and we’re super stoked with the results.

Previous articleWorld Of Warcraft: Battle for Azeroth Pre-patch Arrives July 17th
Next articleMother of Dragons Beer Coming September
Bobby Bernstein
Bobby is the co-owner of Nerd Much?. Bylines at Heavy, Den of Geek, HiConsumption, and More! Like his nerdtastic tweets by following @Thirstiestgamer on Twitter..