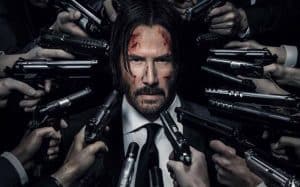 When it comes to action movies it’s quite difficult to stand out amongst the crowd, especially given that films are getting bigger, bolder, and more expensive thanks to the sheer level of superhero movies flooding the market. When John Wick released back in 2014 it was the surprise hit of the year that was hailed not only for its terrific action, but wonderful world building and interesting lore. Now three years later, director Chad Stahelski seeks to recapture what made the original film so great and build upon the already laid foundation. Thankfully, John Wick: Chapter 2 not only succeeds in being a worthy successor, but may have surpassed the original as one of the best action films of 2017.

If you haven’t watched the original (and why haven’t you?) John Wick (Keanu Reeves) is the world’s best assassin whose very name sends chills down harden criminal’s spines. After his dog is killed and car is stolen, Wick goes on a one man warpath, destroying an entire Russian crime syndicate in the process. Chapter 2 takes places directly after this and picks up where Wick left off as he attempts to once more fade back into the calming embrace of retirement. Sadly, an Italian mobster by the name of Santonio D’Antonia (Riccardo Scamarcio) calls in a blood oath that Wick has to oblige in order to finally “get out” of the underworld scene.

It’s a simplistic narrative at first that appears to just be going through the paces the first movie laid out for viewers. Yet, John Wick: Chapter 2 makes a smart choice and goes down a different path that branches off into unexpected territory. The movie can be predictable at times, especially for the action junkies out there, but it’s never enough to really dilute the fun. John Wick: Chapter 2 is more about the journey than the destination and given getting to the end is full of insanely elaborate gunfights who am I to judge? All of this culminates in an ending that was rather shocking and breaks the typical mold we’d associate with this kind of film. While it’s clearly set up for a sequel, the ending to Chapter 2 is wonderfully executed and helped to keep the chaotic momentum going. 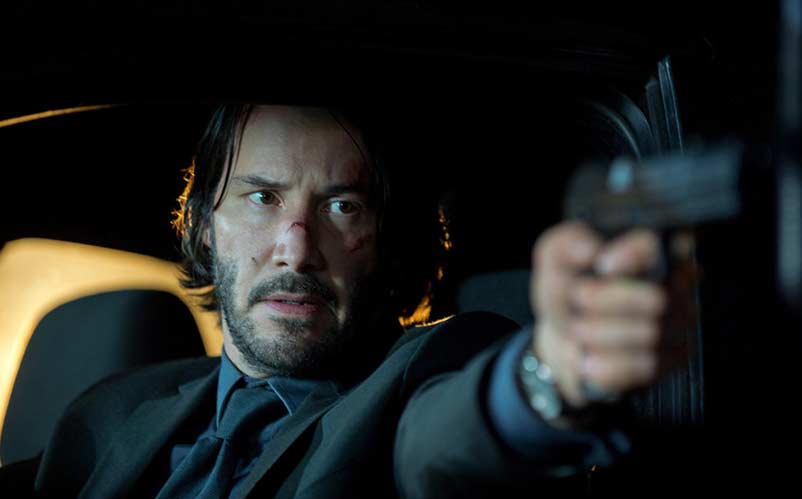 Most of John Wick: Chapter 2 relies on the performance of Keanu Reeves who may come off as wooden at first in terms of emotional range, yet as the events continue to build on him it’s clear this was a facade he needed to put on for the sake of killing. There’s a lot of weight on his shoulders by the end of the third act and Reeves does a marvelous job conveying this without overplaying it. Wick has subtle changes in his mannerism both in and out of the action that help conveys a rather nice range of emotions. Yet, the best aspects have to be his interactions with the variety of different assassins and criminals. He’s gained their respect and seeing how the different characters both perceive and understand his talents is both humorous and fascinating to watch on screen.

Speaking of, the supporting cast is rather strong this time around as characters are both unique yet not over the top. While John Wick: Chapter 2 has its moments of rather outlandish killers, the main ones that Stahelski focuses on feel real and grounded within the world. Cassian (Common) stands out the most as he is a killer who is driven to exact revenge upon John, however, he never loses the layer of professionalism that’s rampant within his world. There’s a moment where the duo is fighting and end up neutral ground, forcing them to stop fighting and actually talk over the situation at the bar. It’s silly but works wonderfully within the rules and world that have been built up.

John Wick: Chapter 2 continues the trend of fantastic world building that the first movie was hailed for. New concepts and ideas are introduced while other shops, markets, and general important figures are shown to a longer extent than they were originally. By doing this John Wick constantly feels new and refreshing, as criminal underworlds in action movies are a dime a dozen. Setting time aside to genuinely explain the rules, players, and concepts gives a better sense to the ramifications of Wick’s actions later down the road. It may seem small, but without it, Chapter 2 would have been a far more generic action movie.

Though honestly, that’s truly what matters in John Wick: Chapter 2, as the action may be some of the best you’ll see in all of 2017. From the gunfights to the car chases, this film constantly added its own spin and made them feel exciting. While you obviously have to suspend your disbelief for some ideas, it’s surprising to see so much heart go into what normally are fairly par for the course moments in other films. on Wick elevates this by absolutely wonderful cinematography that doesn’t rely on an overabundance of quick cuts or any shaky cam. You can see everything and every gunshot, which makes these fights both easy to follow and something more akin to a dance than a brawl. To go into specifics about any one fight would rob them of their surprise, but let’s just say we get an idea why people are so afraid of John using a pencil against his enemies.

John Wick: Chapter 2 is a fantastic action movie and one of the first must-see films of the year for any action junkie. There’s a lot of love and heart put into this project which helps it push beyond the bland formulaic design it could have been constrained in the hands of a lesser director and cast. While it does have a few hiccups, namely an underwhelming main antagonist, it’s hardly enough to stifle this movie’s momentum. Seriously, go see John Wick: Chapter 2.

Previous articleThe Nerd Much? Podcast – Episode 3: How Many Game Trailers Do We Actually Need?
Next articleDoes the World Really Need Four Avatar Movies?