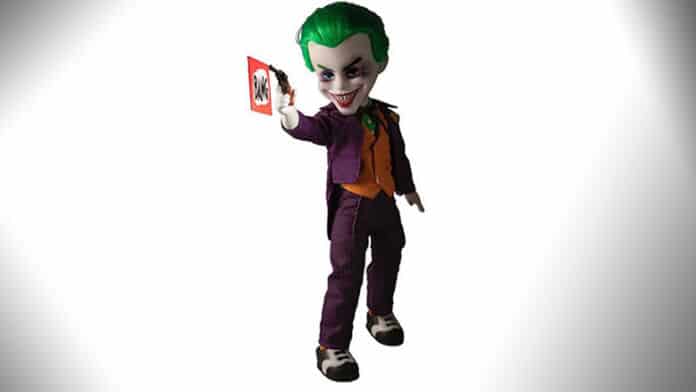 Gotham City’s Clown Prince of Crime is known for his crime sprees across the city. He’s Batman’s worst enemy and the deadliest villain to ever escape Arkham Asylum. And yet here he is, in surprisingly cute form via an official Joker Living Dead Doll.

Modeled to fit within the Living Dead Doll series, the Joker is still all smiles and laughs as he joins his undead companions.

This Living Dead Doll DC Universe Joker Doll depicts the green-haired villain with that iconic, unnerving grin. As deadly cute as the Living Dead Doll series tries to make the Joker, one still can’t hide his most heinous acts. With no Batman doll to keep him in check, there is no telling what the Clown will get up to. Whatever it is, you can bet you aren’t going to like it. 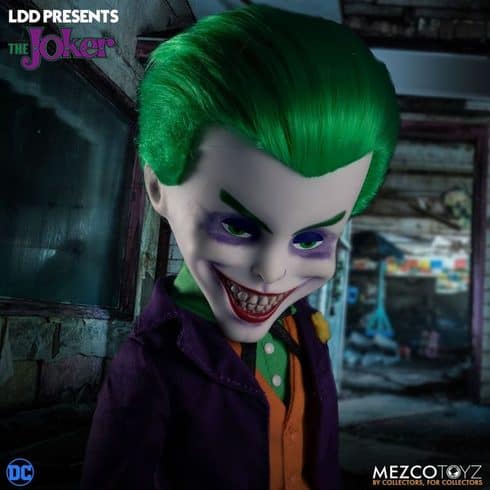 The doll depicts Joker in his signature purple 3-piece suit, complete with an orange vest and green undershirt. To complete the dastardly design, the Living Dead Doll Joker wields a trick gun with a deployed “Bang!” flag. It’s all tricks and games for the Joker, even if it means the citizens of Gotham City suffer.

The 10”-tall doll features 5 points of articulation, so he can be posed in several different menacing positions. Take him out of the box to terrorize your other DC figures or keep him on display in the window box to protect him from the elements. In the end, it really won’t matter. No matter how you display him, the Joker will find a way to wreak havoc. If you think a cardboard box will stop him, you have another thing coming.

This Joker Living Dead Doll is the perfect addition to the devilish Living Dead Doll series and is a must-have for collectors or fans of the Batman universe. It’s available for pre-order now via Entertainment Earth, and it’s expected to ship March 2020.