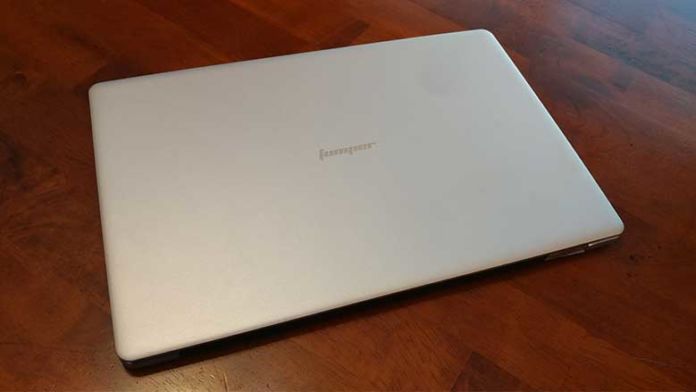 **A review unit was provided for this review.

It used to be that when you would shop for your next laptop, you had a mere handful of main brands to choose from like Dell, HP, Acer, and the like. But now, the market has more manufacturers than ever, and each one undeniably has their own strengths and weaknesses. Enter Chinese manufacturer Jumper with their own line of super affordable quality notebooks that come with an impressive amount of oomph for what you’re paying for them. In fact, dare I say, they might very well have the best bang-for-your buck laptops on the market right now.

The company’s newest product is the Jumper EZBook 3 Pro, which takes clear queues from the Apple MacBook Air’s 13-inch model, not only in its physical design but right down to its core as well. The EZBook 3 Pro is all about being a premium product, but for a mere fraction of the price. And for the most part, it succeeds, with only a few hiccups.

What’s most likable about the EZBook 3 Pro, aside from its low price tag, is its form factor and design. It’s incredibly thin, and this time around, Jumper opted for an all-metal body that brings its look to the next level. It measures just 15mm thick, and it weighs just three pounds, making it ultra portable. It’s also surprisingly sturdy, with the keyboard not bending at all when you’re holding it up (unlike my old HP Split, for example). 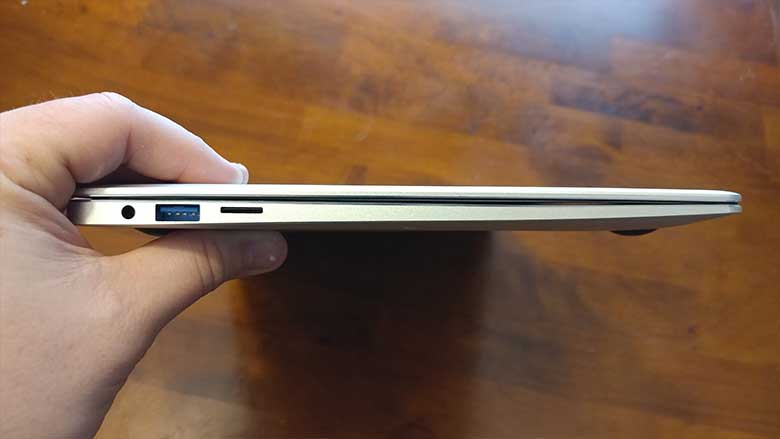 With the EZBook 3 Pro, you’ll find that it resembles some of the newer Chromebooks in its design, with a tapered profile and simplistic look.

As far as its ports go, it has two USB 3.0 ports, a MicroSD slot, an HDMI port, a 3.5mm audio jack, and a super tiny power connector that you’ll likely confuse with that 3.5mm audio port (yes, we absolutely did the same).

The keyboard also has a layout similar to the MacBook Air, with the power button located on the top right-hand side next to the F12 key. This is honestly the notebook’s biggest flaw, as I’ll frequently hit it by mistake when reaching for the smaller backspace key. It’s unfortunate placement, and I would have much rather have had it on the side or the top of the laptop’s screen. The keyboard also drops the Home/End/PageUp/PageDown keys, the right CTRL key (which, honestly, no one uses anyway, so good riddance, there), and most unfortunately, the print screen key. You would think Jumper would have at least given them Fn secondary functionality on other keys, but that’s not oddly not the case here. But the lack of those four buttons isn’t a dealbreaker by any means, as the average PC user doesn’t use them, anyway.

The IPS display presents in full HD resolution, and the picture quality is impressive. Not only is the backlight surprisingly bright (it was even usable on a bright, sunny afternoon as I watched my kids play in the snow earlier today). Images are sharp, and text is crystal clear.

This laptop also sounds great and is surprisingly loud, thanks to its two speakers underneath. While bass response is exactly what you’d expect — virtually non-existent — the audio is crystal clear, even when it’s sitting on your lap. 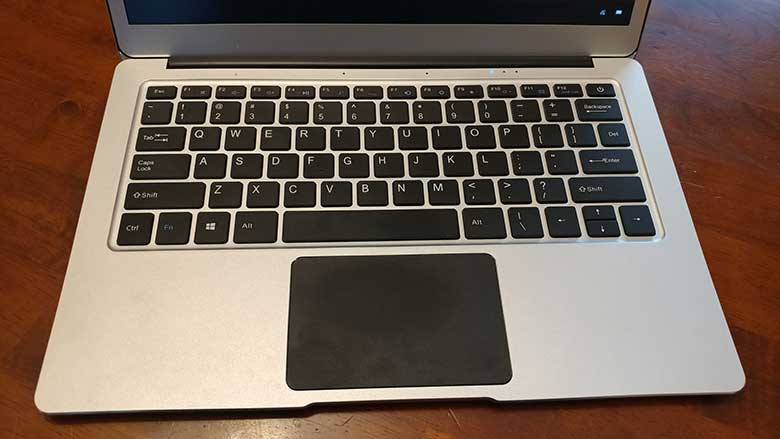 The EZBook 3 Pro’s battery life leaves little to be desired, as it lasts well over 6 and a half hours with average browsing and recharges quickly. The storage system used, however, does leave more to be desired. While it’s serviceable enough, its drives do feel a bit sluggish when being compared to some of the better Chromebooks on the market. Luckily, the drive can be upgraded to an SSD if you find it necessary, but in all honesty, what’s here will serve the average user just fine.

Save up to 70% during Gearbest’s Christmas is Coming Sale

The Celeron CPU, however, does beat out most of the competition in the price range, and it’s impressively zippy with everyday tasks. Having multiple Chrome tabs open at once and switching between them is handled quite well with the EZBook 3 Pro, and we have no complaints with its performance. In fact, I’m rather impressed with how well it handled things like Google Drive, Docs, Sheets, Slack, and Tweetdeck (which is a browser resource hog, I might add).

If you’re the average user, the EZBook 3 Pro is a great choice for your needs. It’s the cheapest 6GB/64GB combo notebook available right now, and when you factor that in with its impressive physical design and zippy performance, it’s a win all-around. It’s great for browsing the web, watching Netflix, chatting with friends, and all of the other day-to-day stuff you’re likely planning to use it for if you’re reading this. And because of its small size and premium look, it’s the perfect laptop for business trips or using on the couch while you binge watch the night away.