Kubo and the Two Strings Review 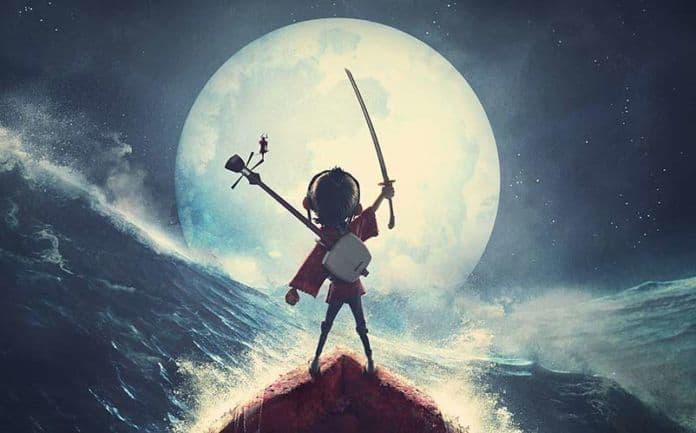 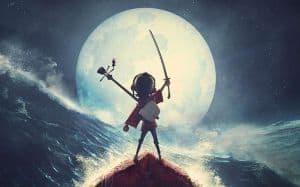 Animated features have always been a big drawing point for families, children, and adults, but rarely do they ever mix up the design or principles centered around them. Most run with the same cartoonish CGI aesthetic we’ve seen in a dozen Pixar movies and most end up only centering around popular themes like courage, friendship, and togetherness. While Kubo and the Two Strings, the latest animated adventure from Laika Entertainment, embodies many of these qualities; its amazing art style and subtle moments allow it to stand above others. Even with some heavy-handed storytelling moments and a significantly ill-paced second act, Kubo was a journey well worth taking.

Kubo and the Two Strings follows the story of a young boy named Kubo (Art Parkinson) who possess magical abilities that were gifted to him by his mother. After the death of his father, the duo finds shelter on the outskirts of a nearby village and live there peacefully for several years. Eventually, the evil sisters of Kubo’s mother catch up with and attempt to take the boy away from her. This results in his mother banishing away Kubo during a battle with a now living monkey charm (Charlize Theron). The rest of the movie follows Kubo and his friends as he searches for his father’s lost armor in order to do away with the evil forces chasing him. 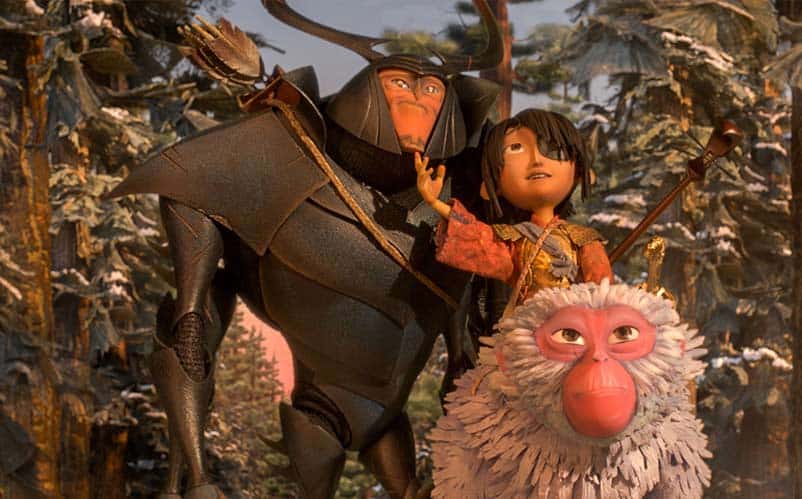 There are some truly interesting emotional moments in Kubo, as director Travis Knight is clearly comfortable telling a deeper narrative than most animated features aimed at kids. While the tale itself may be portrayed as grand, themes such as loss, the meaning of death, and even questioning one’s existence come into play. The problem is that Kubo needs to slow down drastically at points to have these discussions, which becomes quite noticeable during the second half of the film. Normally this wouldn’t be a problem, but Kubo has a fast-paced first acted so this dramatic shift between sections makes the movie feel slower than it normally would.

The other problem is that Kubo suffers from telling the same expositionary story throughout the movie. Most of the time this is used to explain a new plot point, but Kubo doesn’t fast forward through the parts we’ve already heard. This plays into the pacing problem that Kubo greatly suffers from, as cutting these sections down wouldn’t have made certain scenes feel sluggish. However, once the third act kicks in the pace speeds up considerably and is a far more enjoyable experience, even if the main villain is criminally underdeveloped.

It’s not that he doesn’t look cool or the twin sisters aren’t great for the action set pieces, but we know so little about their purpose or even goals. Even when Kubo tries to explain the villain’s motives, it’s not until the last ten minutes and they rush right through it. This is a shame because the actual art and combat portions of Kubo are a visual splendor of color and artistic design.

Which really is the best aspect of Kubo, as it feels like a breath of fresh air in an often stagnant market. Characters exude personality in their designs, making them instantly recognizable as soon as they’re introduced. Colors are vibrant and there’s a fantastic action sequence that takes place on a ship during a thunderstorm. It’s a visual splendor that may have the best art direction of the entire year, animated or not. And while Kubo and the Two Strings isn’t a pure case of style over substance, it’s clear which part was focused on more. 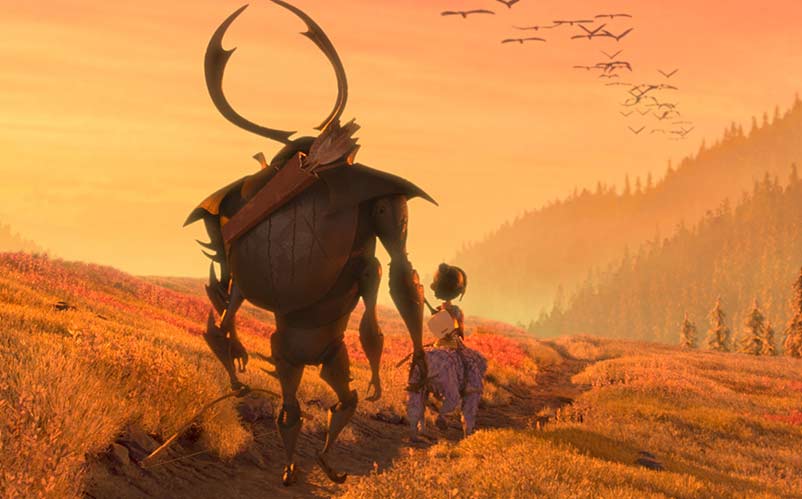 This isn’t a terribly big problem, as the basic story and well-rounded performances from the cast give the movie enough support. Every voice actor/actress do a fantastic job with delivering their respective lines, with Theron’s Monkey being best. Matthew McConaughey plays a cursed samurai warrior and is serviceable enough in the role. Even if his performance just feels like Matthew McConaughey doing his best Matthew McConaughey impersonation, he has enough screentime to become endearing in his own way.  All of the characters are funny, with the humor being surprisingly adult-themed at times and more focused around wit. There’s a dash of slapstick here and there, but overall this feels like a far more matured animated feature.

Kubo and the Two Strings is an enjoyable animated movie that is utterly stunning visually but suffers from some pacing issues once the second act rolls in. This doesn’t hamper the movie too much, as the cast all give great performances and the action sequences are highly enjoyable for people of all ages. Even though Kubo and the Two Strings misses a few chords, it still strums triumphantly to the finish line.