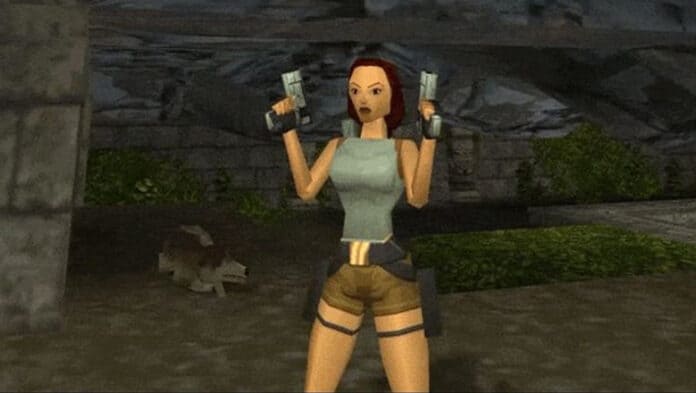 Perhaps one of the most recognizable faces in video games and beyond, with a franchise spanning 22 years Lara Croft a.k.a Tomb Raider has inspired multiple feature films, comics and she even had a few ad deals to boot. Her cultural impact knows no bounds and it’s safe to say she’s an icon.

Perhaps bursting onto our screens controversially, with many critics commenting on her hyper-sexualized portrayal, with a waist so tiny you were convinced she had no ribcage, she’s remained a stalwart figure in gaming loved by a variety of fans.

When Square Enix rebooted the franchise in 2013, Lara Croft became more ‘realistic’ in her portrayal and we were able to witness her initiation into the world of raiding tombs. The game was praised for a multitude of aspects including the new and improved gameplay that had a grittier edge making the player feel there was more at risk than before; the fear of a gruesome death is a good motivator.

But though the reboot and the subsequent games that followed, and potentially will follow, have many good points in their gameplay, writing, and the sheer fact that they pass the Bechdel test. However, there’s still something that has me wishing for the charm of the old Tomb Raider.

Perhaps it’s a result of pure nostalgia, but here’s my ode to the original purveyor of ruins and hunter of dinosaurs (that one time). For the purposes of this piece, I’ll be discussing Lara Croft in relation to the main games from 1996 – 2010, despite a reboot taking place after the disappointedly bad Tomb Raider: Angel of Darkness. This is because the reboot that led to Tomb Raider: Legend, continued the character of the original, mature Lara Croft. 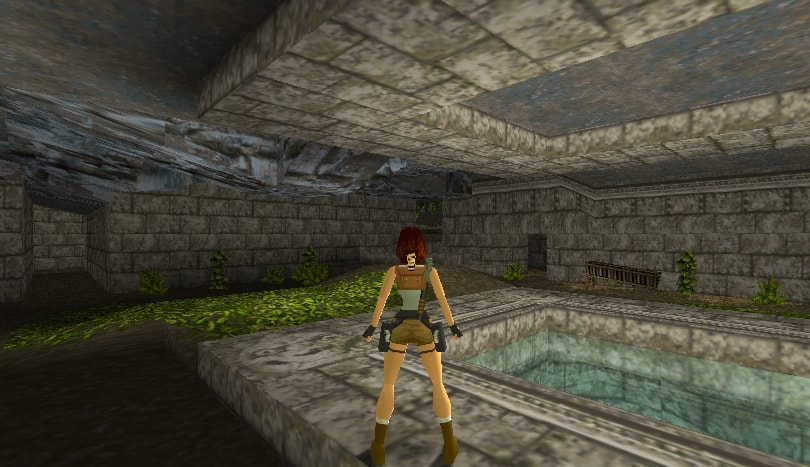 As a girl, I was desperate for someone to look up to who I felt possessed the same character traits that I wanted to embody (which is probably why Mulan has been my favorite Disney character for as long as I can remember). The original Tomb Raider was an accomplished archaeologist with an almost encyclopedic knowledge of a variety of myths, religions, and ancient civilizations. In short, she knew her stuff.

With each installment, she only won us over further with her dry wit and charisma and an arsenal of quippy one-liners at the ready for any friend or foe in a very short battle of words before she eventually whipped out the dual pistols.

In reality, I’m the type of person who walks away from a conversation thinking of everything I should have said instead and admonishing myself for what I did up say, regardless of who the conversation was with. Playing a character who was the opposite of this and who I therefore admired was the perfect break from reality that I needed and I’d be lying if I said I hadn’t made of mental note of her phrases to use with my friends. All in all Lara Croft was cool.

An Inspiration for Female Gamers 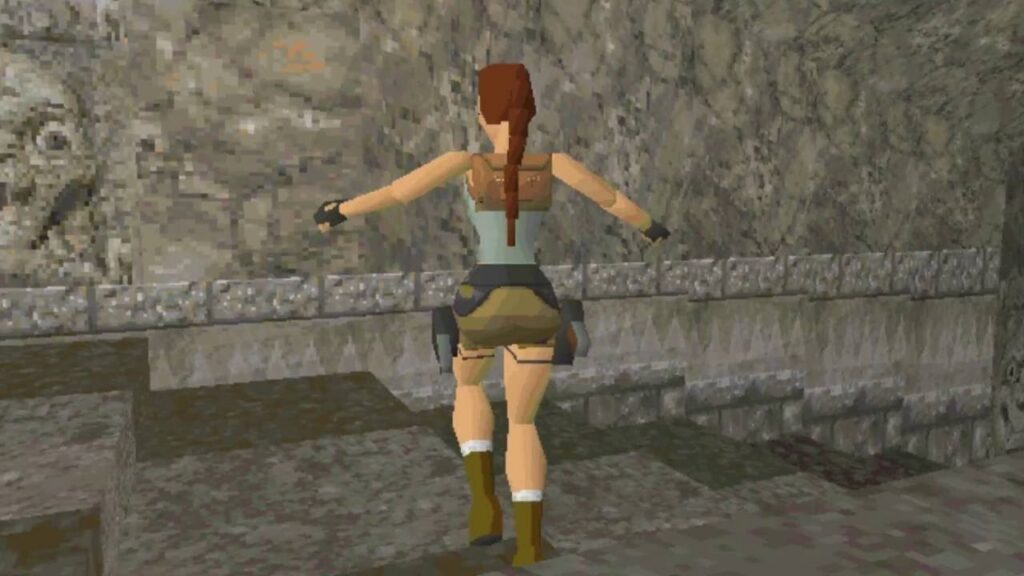 Without her, I wouldn’t have got into video games or would have at least taken a lot longer, which might have been nicer for my parents’ electricity bill. Playing video games in the early days felt exclusively like boys club and as a result, I felt out of place regardless of my enjoyment. Being able to see a woman on the front cover of a game, and being able to play as her throughout the entirety of the video game made me as a female player, feel more connected. That’s not to say that it’s impossible for me to play characters of the opposite sex but that seeing a woman as the playable character made me and other girls and women realize that there was a space for us in video games, even if we were an afterthought or added bonus when it came to the higher-ups.

It’s impossible to talk about Lara Croft Tomb Raider without mentioning the controversy regarding her depiction. Some hail her as an empowering and revolutionary female hero whereas others critiqued the sexual objectification of her character. When looking at her design, from the blatant lack of a necessary sports bra to her short shorts, there’s a clear indication regarding who the audience were as well as the landscape of gaming at the time. The sheer fact that ‘Nude Raider’ was a thing is evidence enough of that. 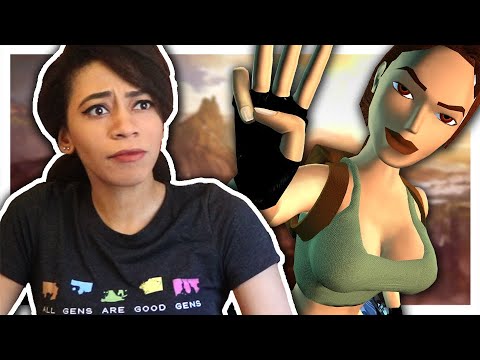 One of the team’s creators, who was heavily involved in her creation, Toby Gard commented on his sadness at the use of Lara’s sex appeal in the marketing of Tomb Raider II. But perhaps by having a character what outwardly appeared to be adhering to the male gaze was the only way to have a female protagonist, at that time, and demonstrate that female characters could be portrayed as having agency, wit, and intelligence whilst defeating the big boss at the end.

Arguably without the strides made by this character, sexist warts and all, we wouldn’t enjoy the plethora of strong female characters in western video games who have strong personalities and aren’t content to sit and wait for the male hero to save the day. The large majority of female characters in video games, pre-Lara, fit the damsel in distress archetype. 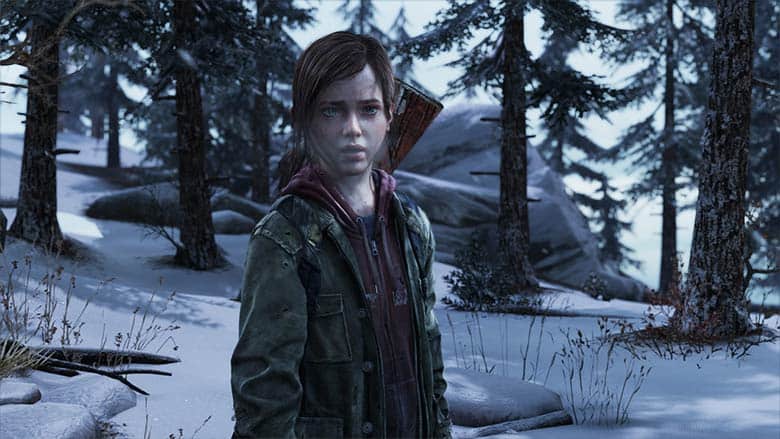 In a post-Lara world, we’ve seen the creation of some outstanding and varied female action heroes both in gaming and in Hollywood. Now we have characters such as Elena Fisher and Chloe Frazer in the Uncharted series, Elizabeth in Bioshock 3 and Ellie in The Last of Us series. Even down to the fact that popular RPG games, such as Mass Effect, give players the option to play as a female hero can be linked back to the walls that Tomb Raider broke down.

Of course, this is purely anecdotal and like many things we feel passionate about, there are a multitude of interpretations and opinions, all of which are valid. I can’t wait to see how Square Enix takes this beloved and iconic character after Shadow of the Tomb Raider. Whether they eventually go down the route of the originals and have her become the character we know or if she becomes a much different person as the last game suggested. Playing Lara as she progresses will surely be an enjoyable experience and I can’t wait to see what kind of game comes next.

In the meantime, I might have to fish out my old Playstation 2 and hope my version of Tomb Raider: Legend isn’t too scratched.

Previous articleDestroy All Humans! Review: Not Out of This World
Next articleThe Wolf Among Us: 5 Questions We Need Answered for Season 2