Nerd Much?
Home Movies The Legend of Tarzan Review 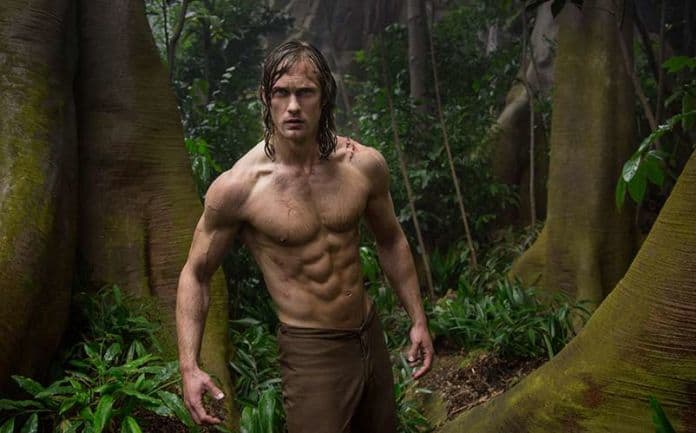 The Legend of Tarzan is a film that doesn’t seem comfortable with its own footing. Whether through wooden characters, the blunt delivery of its messages, or the hit and miss CGI, Tarzan’s elements just do not click together in any cohesive way. For those unfamiliar with Tarzan outside of the Disney animated film, he is actually a creation of author Edgar Rice Burroughs, and was first introduced way back in 1912. It’s important to note that this is not an adaptation of the cartoon feature film, but of Burroughs’ various works.

That being said, The Legend of Tarzan is a film that is set years after many of the events we are familiar with in regards to his mythos. Tarzan aka John Clayton (Alexander Skarsgard) has already left the jungle, married Jane (Margot Robbie), and has become a larger than life hero to the general populace. After a meeting with the British government and historical figure George Washington Williams (Samuel L. Jackson), Tarzan and Jane head off to the Congo in order to stop a growing slave trade. One thing leads to another, Jane gets kidnapped by ambassador Leon Rom (Christoph Waltz) and it’s up to Tarzan to save her and the Congo.

It’s a basic plot that pretty much reduces Jane to little more than a McGuffin to drive Tarzan from one crazy jungle set piece to the next, despite her protesting that she is very much not a damsel in distress. A fact that the director David Yates seems to fully ignore, as everything and anything she accomplishes of actual meaning is instantly stopped by Rom. Which is a shame because Robbie does a fine job with what material she’s given, but her character solely seems to exist for the sake of giving Tarzan a motive to go after Rom. 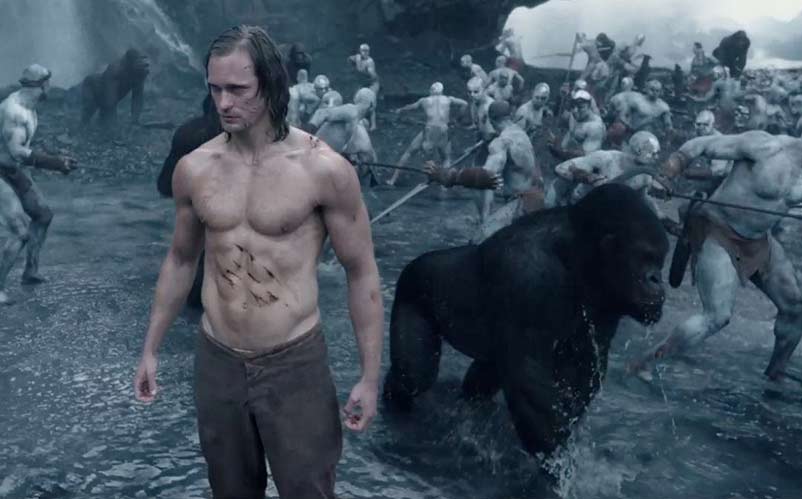 Speaking of Rom, he is probably the most intriguing of all the characters as Waltz gives a solid performance throughout. Rom is much more complex than he might seem, and Waltz does a great job adding little ticks and nuances to the character through body language alone. Even though he is pretty much no match for Tarzan in apparently brains or brawn, as his only weapon is a spider-silk bracelet that he uses to choke people with. Yes, it’s literally as ridiculous and physics-defying as it sounds, but that’s hardly the least nonsensical thing that happens in this film.

The biggest problem with Tarzan is the story itself, as the film is pretty much the follow-up to a movie that was never produced. We are given Tarzan’s origin story through brief flashbacks, but truthfully they probably would have served as a better more intimate film than the bloated action movie we have now. Tarzan is not a modern pop culture staple like say, Batman, so it’s doubtful that his transformative years are wildly known. Sure, people will probably know he was raised by gorillas and can talk to animals (sort of?), but one has to guess this is a fairly vacant area of knowledge.

By reducing his origin to nothing more than brief flashbacks, it robs them of any sense of real gravity or even attachment we might have to characters. There’s a moment later on where an important gorilla dies, but I couldn’t bring myself to care about it because we’ve only seen this ape in two previous scenes. And while I am sure there are scholars of Burroughs original works furiously typing below about how they knew all of this information going into the film, none of that matters. Tarzan is a character that is pretty much only known by name alone, and the film’s choice to void many of the important information for the sake of this new tale doesn’t help add gravity to the situation.

That’s not to say The Legend of Tarzan doesn’t have a message or point to make, as it’s actually pretty damn clear from the get go. Slavery is bad and we should all be ashamed of what took place in Africa all those years ago. Now I doubt that anyone, including myself, is going to argue with the validity of that message, but it becomes very clear that’s all Tarzan has to say. There have been quite a few complaints that this film portrays Tarzan as the “white savior” and honestly, I don’t see that in this movie. Yes, Tarzan is white and it’s set in a rather uncomfortable time in history, but I’d like to think that Yates is not nearly as racist or malicious in his filmmaking as some critics have levied. For me, the problem isn’t that Tarzan is apparently some hero to slavery, but that slavery is the only concept the film decides is worthwhile exploring.  This is a shame, especially since there are some nuggets of genuinely interesting concepts that get shoved aside because we now need to watch Tarzan get ass kicked by a terrifying gorilla. 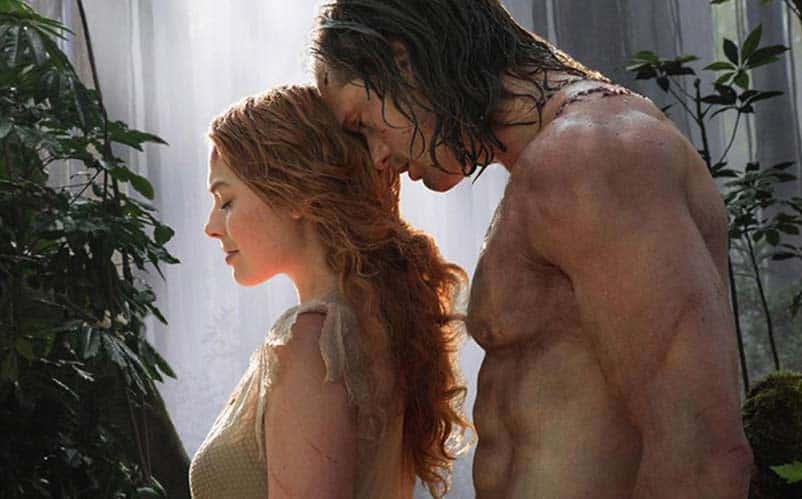 One moment shows Tarzan confronted with a man whose son he killed, in which he boldly declares that he was more an animal than a man in his past. Now that is an interesting idea, but The Legend of Tarzan shoves this concept aside quite quickly because Jane is still in need of rescuing. This is nothing short of frustrating because it gives us a glimpse into the real potential a movie like this has. Tarzan has a genuinely interesting story, but the film is too weighed down by it trying to shove as many animal related action scenes into the plot as it can afford.

Lastly, we should really discuss the animals and Tarzan’s relationship to them. Look, I am totally down for suspending disbelief and believing that he can somehow fluidly communicate with a wide variety of different species to the point where he can pick certain ones of out a crowd. However, The Legend of Tarzan doesn’t ever fully express or commit to what exactly he can and cannot do. The film makes jokes about him being able to communicate with animals and then scenes later we see him literally communicating with animals. There’s never a moment when the story fully explains the extent of his strength, endurance, or mental capabilities to the rest of the audience.

His swinging through the jungle at times seem to literally defy gravity and reason, especially during a sequence involving a train full of slaves. This all culminates in the finale (Spoiler Warning?) where, and I’m not kidding, Tarzan, Williams, a gorilla, and a lion all chase a herd of animals down into an enemy encampment. Ignoring the fact that suddenly a lion and gorilla are just working together, this entire scene seems to offset the slightly more grounded tone that the rest of the movie is striving for. It counters the entire idea of this being a slightly plausible concept in an elaborate cartoony climax.

The Legend of Tarzan is a film that strives to reach the top of the trees but only ends up plummeting to the ground below. If you’re wondering why I didn’t go into more depth about Samuel L. Jackson’s character during this review it’s because he literally does nothing in this movie worthwhile outside of some good jokes. And, that alone truly sums up the whole of Tarzan. It’s a shallow movie that believes it has a big point to make but ends up contributing nothing of real intrigue, excitement, or worth. The Legend of Tarzan is the unnecessary sequel to a movie that never existed.