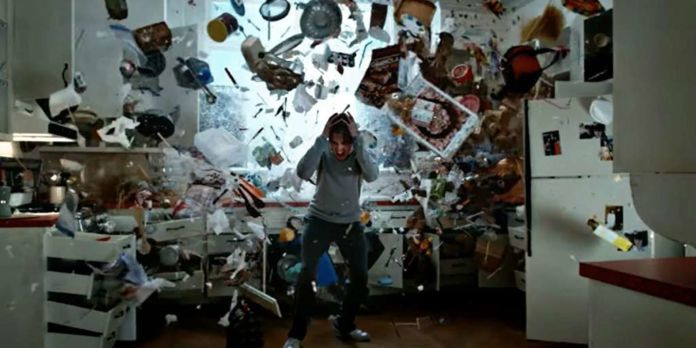 Next month’s Logan will essentially put a cap on a constant element in X-Men movies for the past 17 years. But as Hugh Jackman prepares to wrap things up on his Wolverine character, X-Men finally made the bold jump to TV this month with Legion. 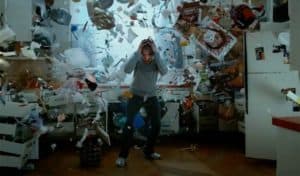 Legion follows David Haller (known in the comics as Legion) as he comes to realize his longstanding schizophrenia may actually be powerful telepathic abilities he never knew he had. Now David must learn to control his dangerous abilities while navigating the various forces that seek to help or harm him.

Headed by Fargo showrunner Noah Hawley, Legion‘s first episodes are among the most visually and narratively wild in a series to come out in recent memory. Imagine a comic book adaptation with the visual splendor, tenuous grip on reality, and downright confusion of Brian Fuller’s Hannibal series, and you’d have a good idea of where to start with this show.

Beyond just its inspired approach and terrific performances, one thing that keeps you coming back to Legion is the mysteries it has already set up for its eight-episode first season. These are the tantalizing questions fans should be looking for answers for in Legion‘s first season. 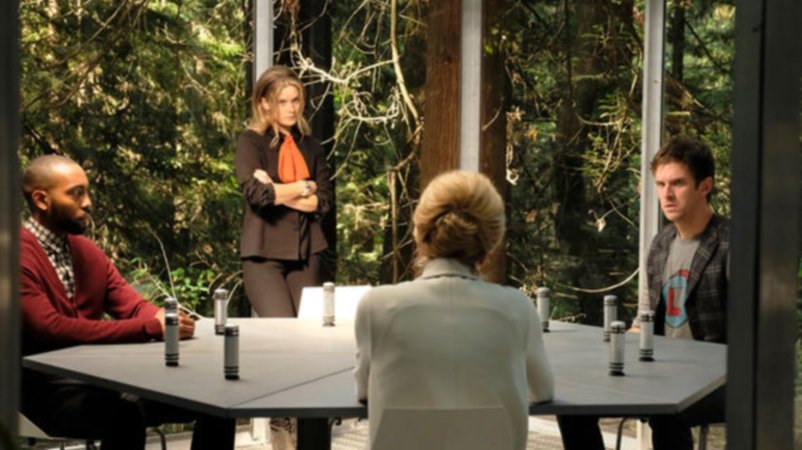 Legion spared no time in making viewers doubt whether what they were seeing was supposed to be real or a delusion. After all, we are seeing things through the eyes of a supposed schizophrenic.

Things that disoriented us in episode one included time jumps, horrifying visions, body switching, and the occasional dance sequence. Even David has to stop to ask if the events at the end of the episode are real (they are).

Then, in the next episode, we’re told that David’s visions and episodes aren’t an illness, but rather his mental powers running amok. But at this point, we don’t really know who to completely trust and having the events of the first hour explained away so easily seems like a cheat.

It could very well be that not everything is that cut and dry and David’s psyche isn’t done making us question his health by the end of the season. As Dr. Bird and her team continue to unearth secrets of David’s past, we may still find out that David is not well (considering some of the company he is keeping, but more on that later). 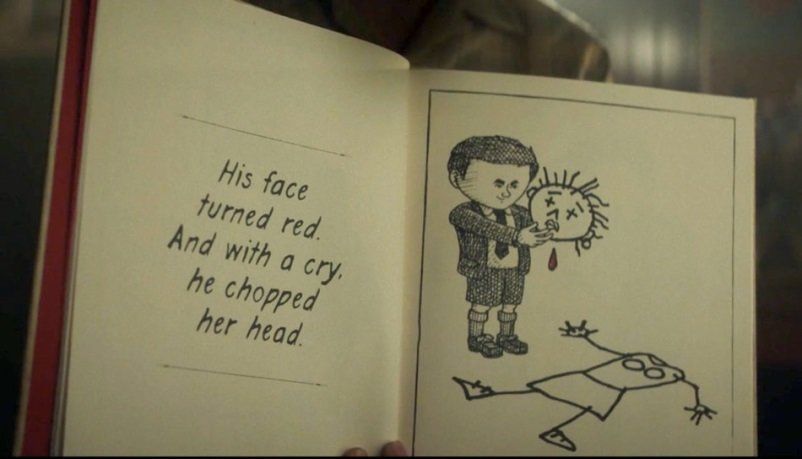 X-Men fans will know out of the gate that there is something inherently special about David’s lineage but it’s not until episode two that we even get a hint of this being a factor in the show.

Hawley rightly keeps the spotlight on David in the pilot episode but starts to hint at the importance of David’s father during a trip down memory lane in the season’s second hour. The flashback of his father, the “astronomer,” reading him a bedtime story turns south pretty quickly due to an oddly frightening children’s book and David being unable to recall his father’s face.

It’s clear that this will continue to develop into a major point as the show progresses and might even explain some of David’s extraordinary abilities. But just how and when the writers will make this major reveal, and what their approach will be to introduce this major character into the television landscape remains one of Legion‘s most anticipated payoffs. 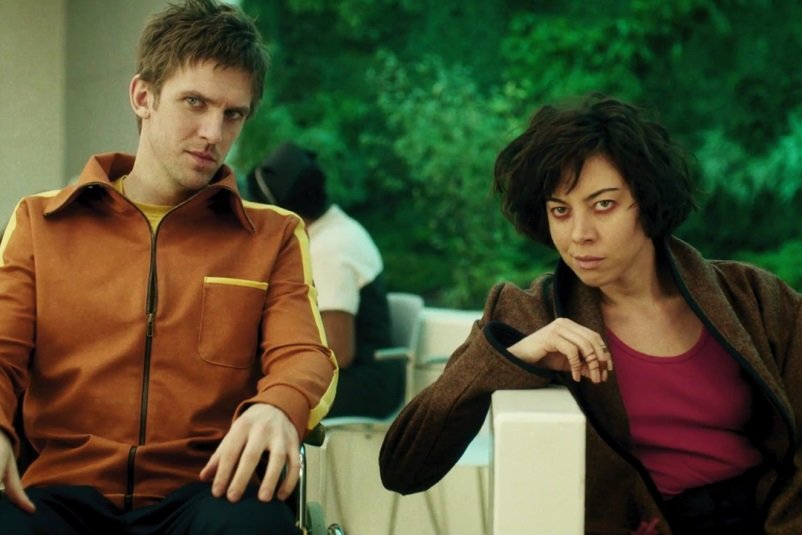 In a surprisingly refreshing turn, most of Legion‘s characters are not canon comic books characters, but rather originals written for the show.

One of the more spirited among them is Lenny, played by Parks and Rec‘s Aubrey Plaza. Lenny is David’s music-loving friend at the institution and adds an extra splash of color and levity to the proceedings.

So it’s all the more shocking when she’s brutally killed about half way through the pilot.

An incident where David’s powers are unleashed leaves Lenny in a fatal predicament between a wall but it’s not the last we see of her. She quickly returns as a figure in David’s head, and not a very encouraging one at that.

The question now becomes this: is she real? If David’s not really crazy but a powerful telepath, what is Lenny still doing around? Is she just a vision of guilt or is she actually somehow trapped in David’s mind?

In the original comics, David’s illness is closer to split personality disorder, where each of his disparate personalities controls a different aspect of his powers (very akin to this year’s Split). Sometimes the psyches of real people who died around him became trapped in his mind, such as a suicide bomber whose attack David was nearby.

So far, the show has not alluded to this being a possibility, with the series still treating David as having more schizophrenic tendencies. But the source history is still there and time will tell this season as to whether Lenny is a more routine specter of guilt like we saw most recently with shows like Sherlock, or whether her presence is a more literal one. 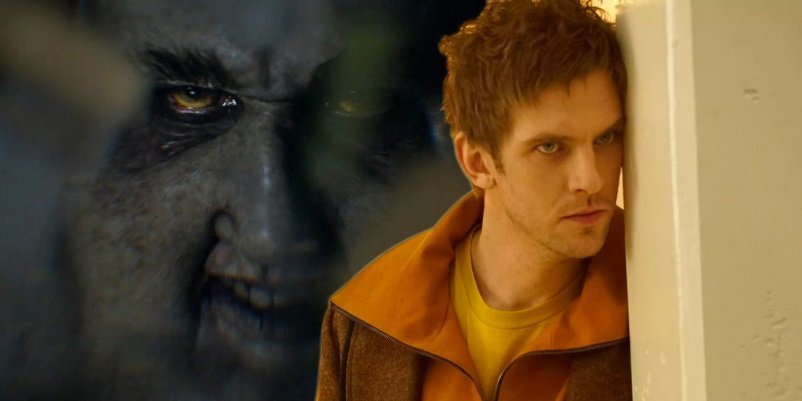 The Devil with the Yellow Eyes

Here’s where things get interesting. At times when David’s powers manifest, it doesn’t take long before a sinister figure makes its presence known — the devil with the yellow eyes.

A short figure whose shape resembles an egg more than a body, the devil with yellow eyes is a strong element of horror in this series and quickly becomes a source of anxiety any time we visit David’s mind.

But just what exactly he is could be any number of things. One theory is that this might be the personification of all of David’s worst impulses. An anti Jiminy Cricket fighting to take control over David’s actions for the worse.

Another is that this is David’s representation of trauma, as this figure seems to appear in high-stress times and might have some connection to whatever happened with David’s father, especially now that he seems to be masquerading around as a Frank-inspired ‘Angriest Boy in The World.’

But these ideas are all based on the source coming from within David’s mind. Given the comics history, it’s just as likely that this ghoul is an outside entity trying to take control of David’s mind.

While his appearance is more akin to X-Men‘s interstellar TV producer Mojo, the one character the devil seems to match most with is the Shadow King. A being as old as time, Shadow King survived for centuries between the astral plane by possessing the bodies of humans and mutants alike, becoming a thorn in the side of the X-Men and their telepathic heroes for a very long time.

Shadow King’s origins would be a bit too convoluted to cover but then again so were Legion’s, and they’ve so far done well by mostly ignoring them. While the truth of this character is probably somewhere in the middle of all this, the inclusion of this horrifying lurker is the show’s next best opportunity to incorporate an established X-Men character.