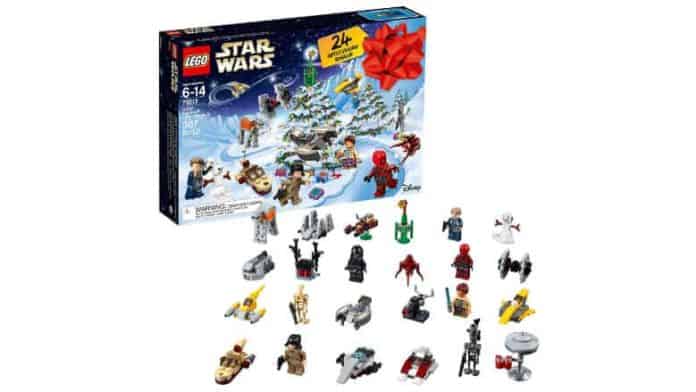 As we enter November, the countdown to Christmas is nearly upon. And as of December 1st, the excitement really begins as we start popping open those delicious and fun Advent calendars. But this year the game has changed, because with the Lego Star Wars Advent Calendar, the countdown has never been so exciting.

The Lego Star Wars Advent Calendar features 307 building pieces in total. Those pieces are put together to construct a total of 24 Lego Star Wars characters and mini models.

These aren’t cheap Lego replicas either. All the toys from within the Lego Star Wars Advent Calendar are fully compatible with all other Lego construction sets. And when you’ve opened that last door on December 24th, there’s a foldout play mat to set the scene for all your Lego Star Wars battles to come.

This memorable Lego Star Wars Advent Calendar won’t rob you of all your credits either. It’s currently on sale at Amazon for $33.99. The item is Prime eligible with free one-day shipping too. Reception to the kit has been quite positive thus far, with the products average rating on Amazon being a 4.7 out of 5.

It’s worth noting that there are small pieces within the Lego Star Wars Advent Calendar set, so it’s recommended for children (and adults) ages 3 and up. If you’re a big Star Wars fan and you’re looking for a fun way to begin counting down to the holiday season, this combination of Lego Star Wars and Christmas seems like a no brainer.