Logitech has one of the consistently best selling mice in gaming with their G502 series. Tried and true, they’ve continually tweaked the device’s design throughout the years and upgraded it with the latest tech. Many have asked the company if they’ll ever take the G502 wireless. And with the newly revealed Logitech G502 Lightspeed Wireless Gaming Mouse, the company is doing just that. 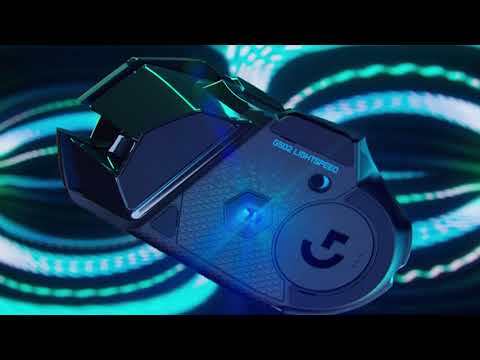 The Logitech G502 Lightspeed Wireless Gaming Mouse looks like its incorporating all the bells and whistles necessary to make it a force amongst the mouse market. Logitech states they’ve “re-engineered it with the most advanced Logitech G technologies available.” These include High Efficiency Rated Optical (HERO), Powerplay, and Lightspeed wireless.

The company claims that the new Logitech G502 has wireless technology that offers “a faster-than-wired gaming experience.” The Lightspeed tech boasts an impressive 1ms report rate which allows for an end-to-end optimized wireless connection and a near immediate response needed for competitive gaming.

The Powerplay tech within the G502 Lightspeed Mouse ensures that your device is never dead as it charges while you play. The HERO 16K sensor is known to be Logitech G’s best to date too. It features an all-new lens and a fresh tracking algorithm to ensure there’s no acceleration, smoothing, or filtering in the DPI range.

The device is also compatible with Logitech’s G HUB Software so you can map its 11 buttons to your liking. It also features personalized lighting effects across roughly 16.8 million colors. As well as on board memory to save up to five unique profiles.

The mouse houses a dual-mode Hyper-fast scroll wheel. And it allows for users move around its four 2g weights and two 4g weights to get its mobility the perfect feel.

Logitech states that their G502 Lightspeed Wireless Gaming Mouse is set to launch this month for a retail price of $149.99. But for other options out there, check out a few of our other recent gaming mice reviews: