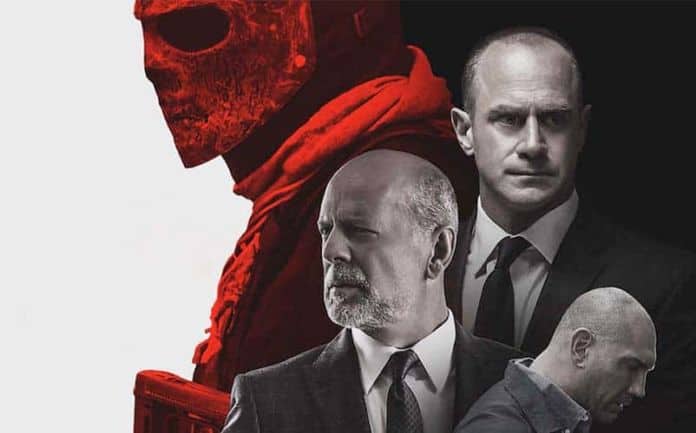 Heist movies seem to be a dying breed lately, as the film industry seems to push farther and farther away from the grittier side of action films in favor of superheroes. While there have been a few attempts, most notably Triple 9, most have been mediocre and lack any real sense of tension or excitement. Enter Marauders, a dark tale from director Steven C. Miller that seeks to give the soon forgotten genre a shot in the arm with pure adrenaline. Even though this movie stumbles at times, this is a crime movie that’s well worth your time and digs a bit deeper than you’d expect a heist film to.

At first, Marauders seems like a straight by the numbers bank robbery movie, as the film follows a group of FBI agents trying to piece together a string of robberies by a para-military group. We’re introduced to the usual tropes including the corrupt cop Mims (Johnathan Schaech), the squeaky-clean new guy Wells (Adrian Grenier), and hard ass lead agent Montgomery (Christopher Meloni). Many of these are staples of the genre, however, Miller takes another step with these stock character types and explores them in new and thoughtful ways, Mims is arguably the best example of this, as his first few scenes seem straight out of the “How to make a crime movie” instruction manual. But, as the story unfolds, he is humanized in a more grounded way. You will probably end up investing in his story more than the others as it’s clear Mims serves as one of the moral backbones for Marauders.

Most of the other characters receive similar treatment, with Montgomery being the other that’s fleshed out the most. His history is tragic and the plot gives him a reason to be angry and hard-nosed at everybody he meets. It doesn’t feel like a forced character, this largely in part to Meloni’s superb acting ability. While he seems to chew through every line of dialogue he’s given, Montgomery is thankfully not portrayed as a saint, by the book’s agent. There’s a dark past that’s only teased at involving his wife and some of the softer moments with him at a dive-bar keep him relatable enough that we don’t detach instantly from him. 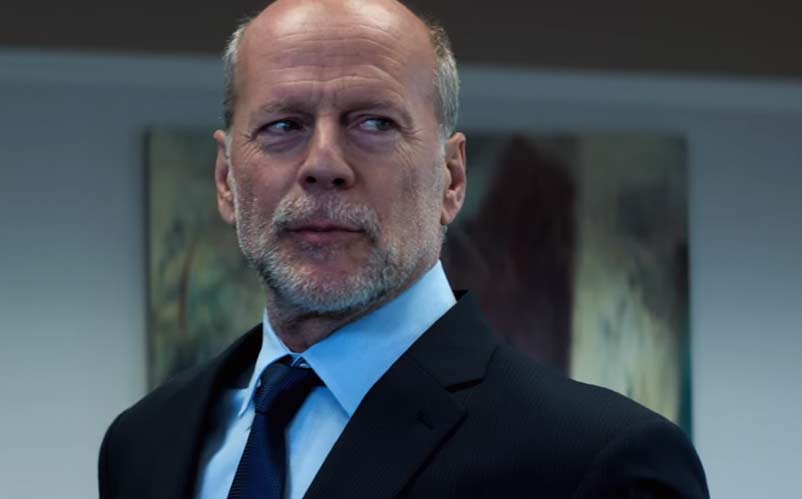 That being said, not every character escapes scratch free, as the overall villains are fairly weak. It’s not that their performances are bad, just that there isn’t anything truly tangible or compelling about their motives. If you’ve seen any crime movie, then you will have guessed the villains within the first ten minutes that they are introduced. While I won’t spoil the big “twist” reveal at the end, it’s safe to say the Bruce Willis’ Hubert is so obviously the villain, you’d think he was twirling a handlebar mustache. It also doesn’t help that his character basically doesn’t do anything worthwhile to really drive the narrative forward.

This sadly ruins some of the tension and suspense, since Marauders is so blatantly obvious with Hubert that we spend the first hour biding our time until our heroes figure out something we already know. The big revelation of his corruption will surprise only those who live in a cave on some distant island, and even then I wouldn’t put it past them to guess. In a film that seems to pride itself on breaking away from traditional tropes, Willis’ character stands out like a cartoon villain who wandered onto the wrong set.

Also, Dave Bautista is in this movie as one of the FBI agents, and for what screen time he is given, he does a commendable job. Given that the critical failure that was Spectre, it’s good to see him show up. Since Marauders clearly has a lot of ground to cover and various moving parts, it is sad to see characters like his and the other agent, Chase (Lydia Hull), reserved to the background, though it’s understandable since the main narrative seems to pride itself on keeping the audience on the edge of their seat.

When it comes to the action itself and the heists, they are very well staged, acted, and exciting to witness. Miller clearly has an eye for action screen composition as he minimizes shaky camera for big beautiful shots. Shootouts are easy to follow and understand, with the action itself feeling quite grounded and real. It may not be the flashiest bank robbery in all of cinema but Marauders clearly doesn’t need to make a giant spectacle about it. The film’s focus isn’t on the bank robbery, but the ramification of what happens after they occur. There’s a larger story going on around these events and when all of the cards are on the table it’s a little more impactful than you might expect. Though the big revelations will certainly make or break the film for you, especially with a final reveal in the very last scene.

Marauders may not be the great new crime movie to hit theaters, but it does a commendable job with the genre. Miller takes his film in an interesting and deeper direction than most might expect him too with varying degrees of success.  While characters like Hubert stumble, the exploration of classic tropes like the corrupt cop help had more layers to this film. Make no mistake, Marauders is a film that grabs you and doesn’t let go for the nearly two-hour runtime. If you’re looking for a break from the colorful costumed heroes and hit or miss horror films, Marauders is the movie for you.