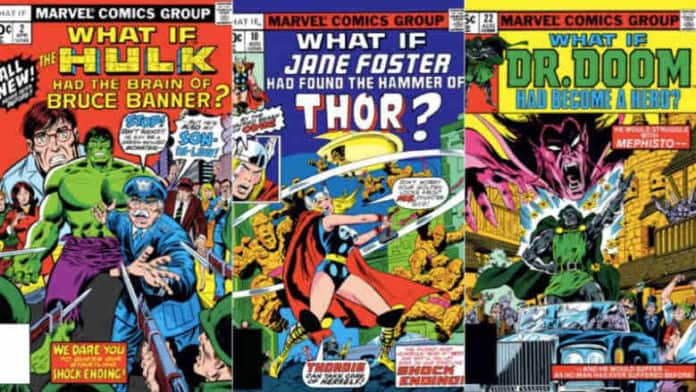 Disney is making it really difficult to not take their upcoming Disney+ streaming service seriously. A major (and obvious) part of their reported strategy is to utilize Marvel properties to lure fans in. And we likely have another one coming, with news of a Marvel What If TV show that will be exclusive to Disney+.

Disney+’s What If TV show will be an animated anthology series based upon the Marvel comic line of the same name. The line, which debuted in February 1977, revolved around the premise of changing key moment in Marvel history to radically affect specific characters or the world as a whole.

The very first What If asked “What If Spider-Man had Joined the ‘Fantastic Four?” And another famous Spider-Man centric issue posited “What If Gwen Stacy Had Lived?” Pretty much all of the What If comics brought enticing scenarios to the table, such as “What If: This Was the Fantastic Four” which featured Spider-Man, Wolverine, Ghost Rider and Hulk.

It’s an idea that the creative minds at Marvel and Disney can have a lot of fun with within a What If TV show. And the hope is that the studios can convince their live action counterparts to contribute as well. While the series will be animated, the hope is that the MCU’s various actors will lend their voices to the series. And though the anthology show still won’t be considered canon, having those voices attached will lend the project a new level of legitimacy.

Other than the What If TV show being in the works, nothing else is really known about the Disney+ property at this point. There’s an Investors Meeting scheduled for April 11th, with some speculating that Disney will finally lay out their cards there.