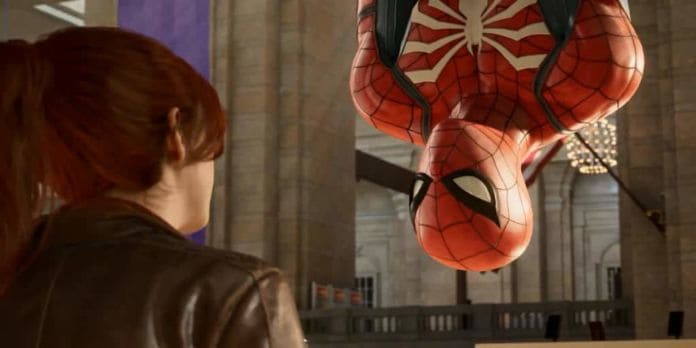 During Sony’s Paris Games Week conference yesterday, we got a delightful new look at Marvel’s Spider-Man. In the midst of the two minute trailer, there were a couple of in-game portions that looked to portray non-Spider-Man characters as playable. Now it’s confirmed our insights were accurate.

Bryan Intihar, Creative Director over at Insomniac, spoke with IGN yesterday. He confirmed that Mary Jane Watson is indeed playable in Marvel’s Spider-Man. And he hinted that she wasn’t just a controlled portion of dialogue:

“It’s a very different experience to playing as Spider-Man and it stays true to her character, in terms of her background that she’s a reporter for the Daily Bugle. It captures that feeling. Also, the other thing for us is that, even though we are creating a superhero world in the fantasy, we thought it’d be interesting to show what it’s like to be a character who doesn’t have superpowers, what it’s like to be that person in a superhero world, and actually control that character.”

It sounds as though Intihar is hinting that Mary Jane will be taking on the stealthy detective portions of the game. They’re trying to put Mary Jane into a more affirmative role within the upcoming super-hero game, stating “It’s less of a damsel in distress, she’s much more of a capable contributor, a risk-taker in this game.”

Outside of Mary Jane, the trailer showed off portions of the game in which it was Peter Parker under the player’s control outside of his Spider-Man alter-ego. Intihar confirmed there were Peter sections too. “I think to give a true Spider-Man experience, Peter’s just as important and you saw some of that in the trailer. You also saw that he is playable. We’re not going to talk about what that experience is, but I do think you need to experience being Peter to get the full Spider-Man experience.

Finally, IGN tried to get Insomniac’s Creative Director to confirm whether Miles Morales has a playable role in the game. Bryan responded “no comment” to that inquiry. But with Miles’ increased presence with each new trailer, I think it’s more than likely we’ll be seeing a black and red suit hitting New York City within the game.