May PlayStation Plus Games are Few but Solid 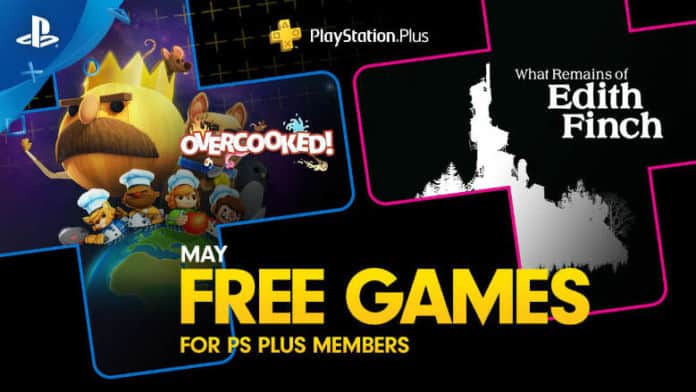 The beloved party game and friend destroyer known as Overcooked is the first of two May PlayStation Plus games. If you haven’t heard of it, it’s an arcade cooking simulator in which you and up to three friends must complete kitchen orders while attempting to avoid all sorts of hazards and obstacles. It’s spectacular chaos.

The game was offered to those with Xbox Live Gold back in October. And it became a free download for those with Xbox Game Pass as of May 2018. With a Metascore of 78, it’s a ton of fun if you can keep your frustrations in check.

The second title coming via the May PlayStation Plus games is Giant Sparrow’s What Remains of Edith Finch. Scoring an 88 on Metacritic, it’s a narrative driven first-person adventure in which you play through numerous stories revolving around the titular Finch family.

Critics praised the project for its unique direction and emotional story. It ended up winning Best Game 2017 from the British Academy Games Award. As well as the Best Narrative award from the Game Developers Choice Awards 2018. NerdMuch? deemed it as the second best horror game of 2017, behind only Hellblade: Senua’s Sacrifice.

Both May PlayStation Plus games are worthy additions to your PlayStation catalogue if you haven’t given them a shot already. Plus owners can begin downloading Overcooked and What Remains of Edith Finch when this month’s promotion begins on May 7th.

Previous article11 Best Co-op Board Games: The Ultimate List (2020)
Next articleSaints Row Movie Coming, Directed by F. Gary Gray
Jeff Scott
Growing up a 90's kid, Jeff found his love for gaming during Nintendo's heyday. Because of that, you could (perhaps sadly) call him a "Nintendo Fanboy" to this day.