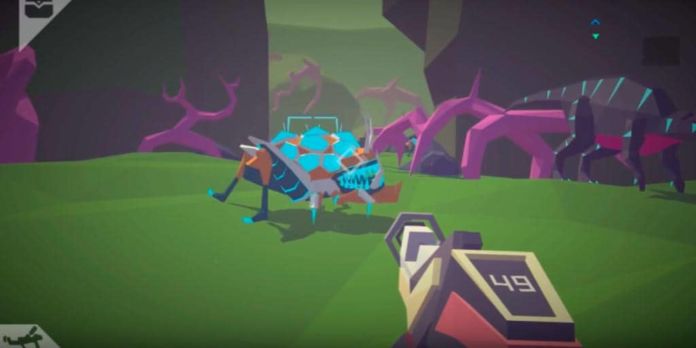 More and more games are coming to the Switch, and Morphite is certainly one of the more interesting ones. Coming from three studios, Crescent Moon Games, We’re Five Games, and Blowfish Studios, Morphite is a sci-fi exploration game with a peppering of platforming.

According to the press release, Morphite is set in a future where humans have managed to colonize most regions of space. The main character is Myrah Kale and the player follows her interstellar mission to find out more about her past and mysterious connection to a substance called Morphite. This substance is apparently quite rare and much sought after.

But searching isn’t all Myrah can do. As she traverses the universe, she comes across a variety of procedurally generated planets with diverse landscapes. These landscapes are generally filled with biological information that she can sell for upgrades on her ship, suit, and weapons. When combat does occur, it is entirely random and in first-person mode within Myrah’s ship.

According to CEO of Blowfish Studios Ben Lee, Morphite is inspired by games like Ratchet and Clank, Metroid Prime, and Turok. Though with words like “procedurally generated planets” and the main theme being exploration, it is too easy to compare Morphite to No Man’s Sky. The very similar color scheme doesn’t help things either, but they’re just colors. Hopefully this new game is nothing like No Man’s Sky beyond the colors and we’ll see more a likeness to Metroid than anything as tedious and boring.

It is an unfortunate comparison to make from one trailer, and as the saying does, you mustn’t judge a book by its cover. Morphite certainly deserves a chance, having been put together by a collaboration of three different studios.

Morphite will be coming to the Nintendo Switch, PS4, Xbox One, PC, and iOS systems on September 7, 2017.