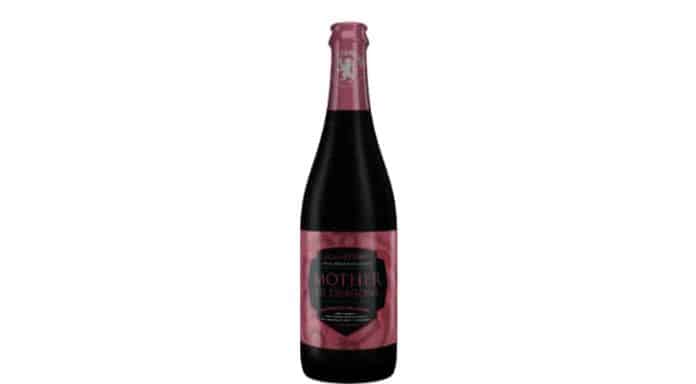 One of the best lines spouted by Game of Thrones‘ Tyrion Lannister is “That’s what I do, I drink and I know things.” Now you too can be like the Hand of the Queen with the new Mother of Dragons beer coming courtesy of Brewery Ommegang and HBO.

Mother of Dragons is a 6.5 ABV porter which Brewery Ommegang visually describes as having “a deep ruby-tinted mahogany with a creamy tan head.” The beer features “Aromas of chocolate covered cherries intertwine with subtle smoke and roasted malt.” The porter is inspired by the Mother of Dragons, of course, Daenerys Targaryen. With the beverage’s taste seemingly coinciding with the character traits of whom inspired it.

Taste is said to be “rich with tart cherry up front leading to a center palate of semi-sweet chocolate then resolving to subtle smoke and mild sweetness.” Ommegang says “the mouthfeel is luxuriously creamy and full, and the finish is semi-dry with lingering notes of smoke and cherry sweetness.”

The brewery recommends pairing their Mother of Dragons beer with smoked gouda and charcuterie or braised meats. But they also recommend trying it alongside rich desserts like flourless chocolate cake and cherry cheese cake.

Ommegang and HBO’s Mother of Dragons beer is the third of four coming in the duo’s Royal Reserve Collection. The first to release was the Tyrion Lannister inspired barleywine named Hand of the Queen back in April. Following that was June was Queen of the Seven Kingdoms. Brewery Ommegang and HBO rightfully describe that brew as a sour blonde beer. The fourth in the collection has yet to be announced but is coming later this year.

Previous articleIntroducing Nerd Much? 3.0: Our New Look
Next articleHumble Pixel Perfect Platformer Sale Goes Live
Jeff Scott
Growing up a 90's kid, Jeff found his love for gaming during Nintendo's heyday. Because of that, you could (perhaps sadly) call him a "Nintendo Fanboy" to this day.