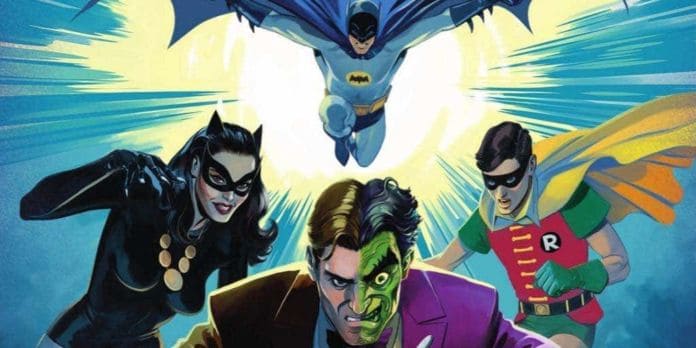 The sequel to Batman: Return of the Caped Crusaders is finally here! Batman vs. Two-Face is to be released digitally first, this year on October 10, and a week later it will be on Blu-ray and DVD.

If you’re interested in getting a hold of a hard copy for yourself, the Blu-ray is currently going for $24.98 USD and the regular DVD for $19.98 USD. 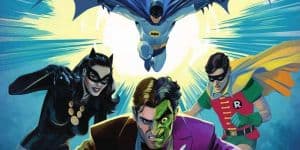 Batman vs. Two-Face stars the late Adam West in his last film as the voice of Batman, Burt Ward as Robin, William Shatner as Two-Face, Julie Newmar as Catwoman, Jeff Bergman as the Joker and Bookworm, William Salyers as Penguin, Wally Wingert as Riddler and King Tut, Jim Ward as Hugo Strange.

Both the digital version and the hard copies will include special features like the Comic-Con 2017 tribute panel for Adam West, and mini biography video of Burt Ward.

Batman vs. Two-Face is set in the 1960s, where Batman and Robin are on a mission to stop Two-Face once and for all. But it isn’t so easy, the crime wave in Gotham City is deep and varied – including the talents of all the villains listed above. Catwoman won’t be on the good side this time either, so she is yet another force to be reckoned with. If all that wasn’t enough, Two-Face is hiding under a secret identity that Batman and Robin must use their investigation powers to uncover.

The film is directed by Rick Morales, who also directed the previous film Batman: Return of the Caped Crusaders and is known for his work on other legendary comic-based adventures like Beware the Batman and Green Lantern: The Animated Series. The script is written by James Tucker, who also worked on Teen Titans: The Judas Contract and Justice League Action, and Michael Jelenic (Teen Titans Go! and Naruto, which is currently in pre-production).