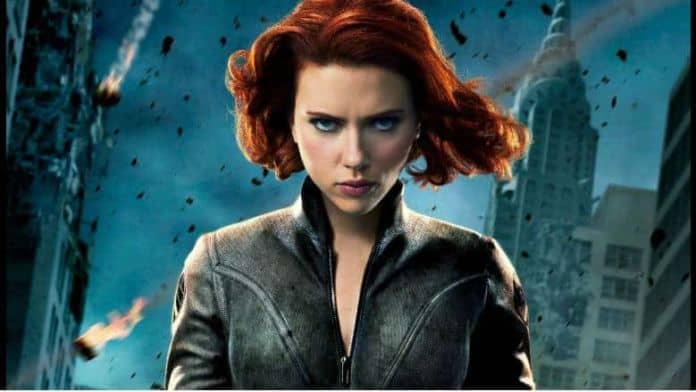 We’ve heard grumbling of a solo Black Widow movie coming from Marvel for years now. In 2016, Kevin Feige continued to tease it. Black Widow herself, Scarlett Johansson, stated before that she wanted to make it happen and have it be something “totally different“. Well, it’s happening. And Scarlett Johansson is reportedly getting paid quite well to step into Natasha Romanoff’s shoes for her first solo gig.

The Hollywood Reporter is stating that Scarlett Johansson is in line to get paid a whopping $15 million to reprise her role as Romanoff in a solo Black Widow movie. This is the same amount that both Chris Evans and Chris Hemsworth received recently for their “solo” roles in Captain America: Civil War and Thor: Ragnarok.

When approached to confirm these reports, a Marvel spokesperson stated that “Marvel Studios disputes the accuracy of these numbers, and as a matter of policy, we never publicly disclose salaries or deal terms.” The Hollywood Reporter stands behind their reporting though, saying they have “multiple knowledgeable sources [which] confirmed Johansson’s Black Widow pay figure.”

As far as details on Black Widow’s solo outing, we don’t know much. It’s been previously suggested that the film will be a prequel for the character taking place before her initial Marvel Cinematic Universe appearances of Iron Man 2 and Avengers.

A subplot to the Black Widow movie payday news revolves around Captain Marvel and the character’s portrayer, Bree Larson. The Hollywood Reporter states that Larson will earn $5 million for her MCU debut within Captain Marvel. They also note that “Larson landed a generous payday but in exchange signed a seven-picture deal that locks her into multiple franchises.”

However, Larson is apparently disputing these numbers. When these figures were released earlier today, Larson tweeted the following:

Counterpoint: this is not true https://t.co/aDlKZu8Rqo

It’s hard to imagine that Marvel didn’t lock down Larson as Captain Marvel for an extended number of films. The character is likely to be a focal point of the MCU for years to come. But whether it’s $5 million or seven pictures, Larson is stating something is off the mark.

Hopefully we’ll get to hear more about Marvel’s Black Widow movie as we enter a post Avengers 4 era. That era begins when Avengers 4 arrives on May 3rd.