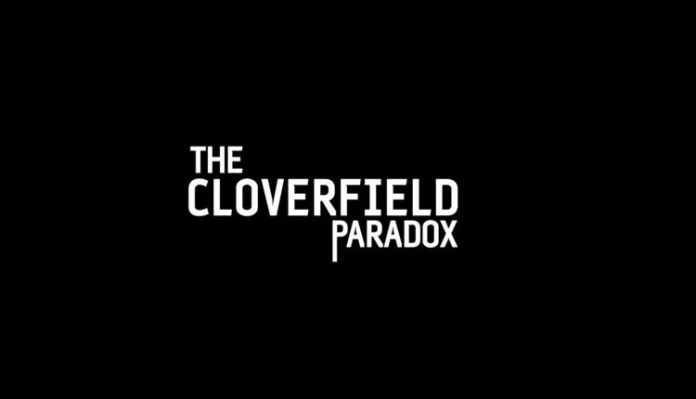 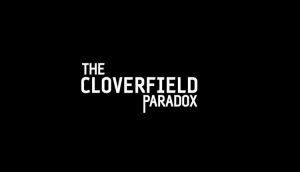 When it ended I couldn’t help but think what’s next for this science fiction franchise. Sporting perhaps one of the oddest blockbuster film series of the modern era, the Cloverfield movies have never had an overall consistency. While the original was a mediocre found footage film, the titular 10 Cloverfield Lane was a tense and unsettling thriller. Now, after tons of rumors, clues, and perhaps one of the biggest surprise release dates ever, the next entry has finally arrived.

Directed by Julius Onah, The Cloverfield Paradox’s story is both a prequel and one that runs concurrently with the original movie. The plot follows Hamilton (Gugu Mbatta-Raw), an astronaut and scientist that makes up one part of an international crew. With the world on the brink of chaos thanks to a massive energy shortage, the crew of the space station Cloverfield are tasked with producing a renewable supply of power. However, things go horribly wrong once the crew finally gets the power supply to work, transporting them to another dimension where the team has to find a way back home. The tearing of reality also caused the various, gargantuan monsters to come crashing down and create havoc all over the globe.

While the story is fun, you can tell the movie is straining at times to actually justify calling it a Cloverfield movie. There’s an additional sub-plot revolving around Hamilton’s husband back on Earth that just feels completely out of place. It’s hard to connect to this character simply because the movie feels more focused on using him as an exposition dump for what the giant monsters are doing. This ruins the pacing of the film in parts and the only moment it ever really comes to light is literally during the last five minutes. You also lose a sense of confinement that this movie’s tension so desperately needed, especially since it lacks a lot of focus when it comes to the horror elements. 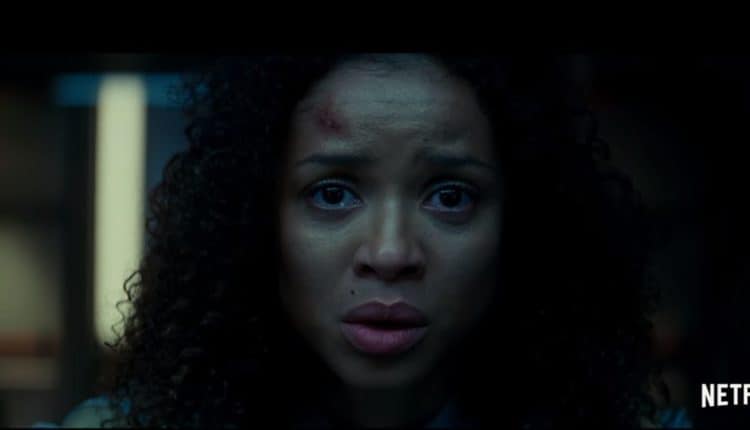 I won’t spoil exactly what or who is stalking the members of the team, but it feels lackluster compared to the last two movies. The Cloverfield Paradox has no real central antagonist like the monsters in the first and the terrifying presence of Howard in 10 Cloverfield Lane. This makes it hard to fear for the safety of the crew or what happens if they don’t make it home. However, the movie does have some fun with the idea of an alternate reality and the various motivations of each crew member. Even though some of the dialogue is cheesy, the cast really sells it with some great performances and chemistry.

Gugu Mbatta-Raw’s Hamilton and Chris O’Dowd’s Mundy are by far the most entertaining characters. The former has some truly harrowing and gripping moments, while the latter injects some good humor into the story. Daniel Brühl also gives a great performance as the hardheaded Schmidt who feels slightly underdeveloped given how much time is dedicated to him. As for the rest of the crew, they are fairly forgettable and the story never gives us enough time to connect with them. I desperately wanted to feel invested in their struggles, but the film feels too focused on trying to provide connections to the franchise.

Ultimately, the Cloverfield brand is what weighs this movie down. It only adds a small amount of lore to the world, but never moves the needle forward. This is the third movie that effectively starts right at the beginning of the events, instead of trying to answer the question of “Where do we go from here?” While I understand this is supposed to be an anthology series, the movie fails to find its footing and do anything with the material at hand. In fact, the ending of The Cloverfield Paradox appears to be infinitely more intriguing than the actual film we got. 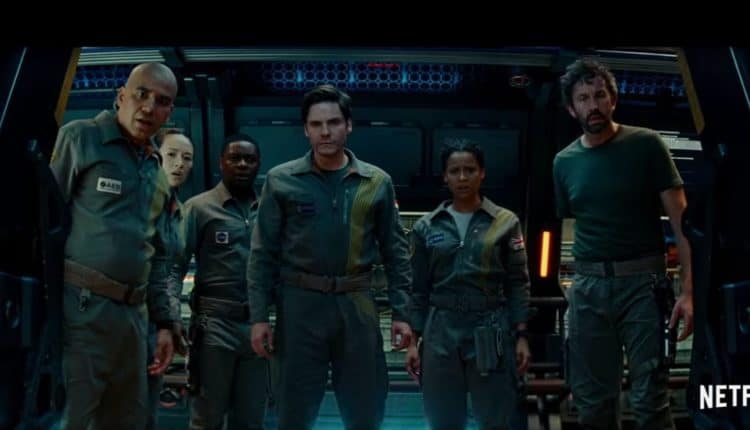 The Cloverfield Paradox desperately wants to be like films such as Life, but it has none of the horror or mystery needed to create a compelling story. It’s a cheap set of thrills, most of which don’t amount to much except some cool looking deaths. However, the movie does look great with the CGI never feeling out of place or intrusive. There are some cool visual effects, most notably one involving a certain important object to a crew member I won’t spoil here.

At the end of the day, this is a fairly by the numbers science fiction movie that probably would have worked better if it wasn’t held down by the brand. While 10 Cloverfield Lane never let the ties in overshadow the film; The Cloverfield Paradox keeps stopping the story to make sure the audience knows that the big aliens are out there. If you were hoping that this third entry would progress the overall plot forward than you’re going to be sorely disappointed. Even with some good performances and fun moments, The Cloverfield Paradox is a forgettable film. 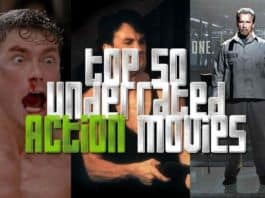 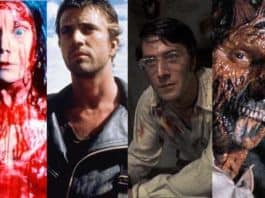 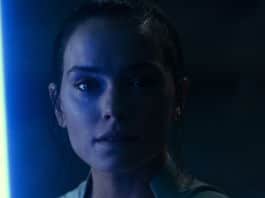 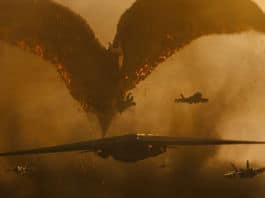 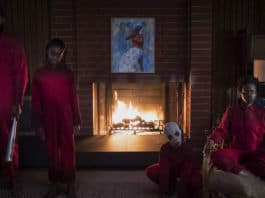