Descender Movie, Based on Sci-Fi Comic Book, Gets Writer 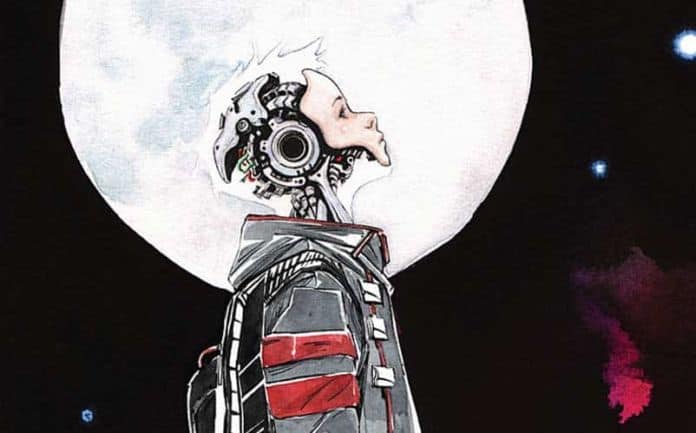 For those not in the know, we love all things Image Comics, and when their new Descender sci-fi series debuted last year, we were taken away by its captivating storytelling and beautiful art style. We’re even more excited that there’s a Descender movie on the way, and now that movie has found its writer in Jesse Wigutow (who was also working on The Crow reboot).

The space opera, written by Jeff Lemire and drawn by Dustin Nguyen, revolves around a lifelike robot named TIM-21, who finds himself running from the galaxy after bounty hunters find out he holds the key to the destruction of the galaxy. In this space opera, all things robotic or with artificial intelligence is hunted down and destroyed by bounty hunters. TIM-21 teams up with a rag-tag group of unlikely friends, running from one exotic planet to the next. It’s filled with ethereal scenes, which we can’t wait to see translated to the big screen by Sony Pictures.

The Descender movie was put into motion just over a year ago after Sony bought the movie rights before the comic book even made its debut.

We’ll keep you posted on the Descender movie as we learn more, but for now, there’s no time-frame or release date, nor are there any actors attached to the project. Stay tuned to our sci-fi hub for more, and you can also check out what other sci-fi films are coming via our handy, dandy mega list of the upcoming new sci-fi movies of 2016. If you haven’t had a chance to check out the Descender comic book, you can give it a look with the  Descender, Vol. 1: Tin Stars for cheap on Amazon.