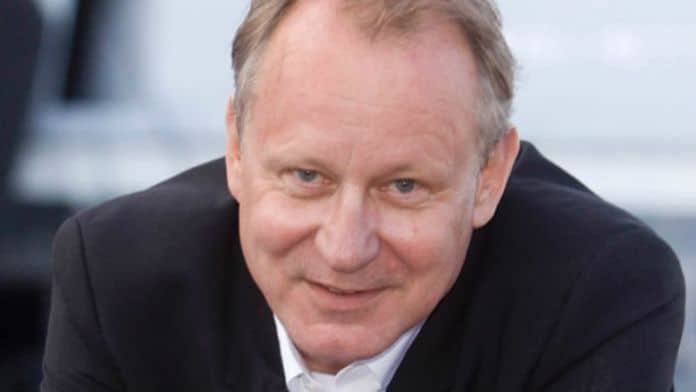 Just a couple of days ago it was reported that Dave Bautista had signed on for Denis Villeneuve’s upcoming Dune reboot in the role of Glossu Rabban Harkonnen. Going by the nickname of Beast, the character’s uncle is one of the primary villains of the story. And now we know who will tackle the important role.

Stellen Skarsgård is set to play the villain, named Baron Vladimir Harkonnen. The Harkonnen family previously held rule over the desert planet of Arrakis and the very rare and valuable spice drug the planet contained. Through the events of Dune, the Harkonnen family conspires with the galactic emperor to usurp the ruling Atreides family. Thus setting the events of the classic sci-fi story in motion.

Representing the Atreides family in the Dune reboot will be Timothée Chalamet in the role of Paul Atreides. Following his family’s betrayal, Paul escapes to the desert wastelands of Arrakis and becomes allies with a nomad tribe established there. The group takes Paul in, believing him to be their messiah.

Skarsgård seems like fantastic casting for the role of Baron Vladimir Harkonnen in the Dune reboot. It’ll be interesting to see whether the film’s creative team looks to make him as rough looking as other portrayals of the character have been. Or perhaps they’ll keep Skarsgård look more normal and have his acting deliver the character’s ominous demeanor.

It’s a dramatic shift from the actor’s most recently released project in Mamma Mia! Here We Go Again!. However, Skarsgård also has two much more serious projects pending release in the adaptation of The Painted Bird and the upcoming HBO miniseries Chernobyl.

The Dune reboot will likely begin filming later this year during the spring. A couple of locations have been confirmed to be Budapest and Jordan. There’s a lot of hope in terms of the quality of Villeneuve’s Dune reboot. But judging by the casting decisions made to now, it’s so far so good.