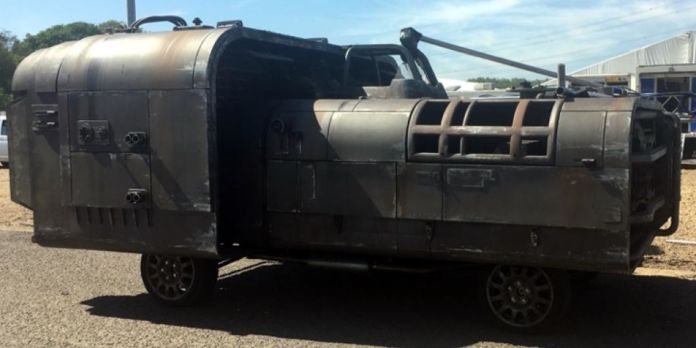 TMZ has gotten their first look at the set for the Han Solo movie, featuring a slightly roughed-up Alden Ehrenreich as Han Solo himself. That hair though – I think the 80s called and wants their mousse back. The rest of the photos show a few other actors, though I haven’t been able to identify them in costume, as well as a few vehicle designs. All on four wheels that will likely be taken out of the final cut, but at least in one of the designs you can still see a little of the old Thunderbird (or a similar classic car) it was built around. 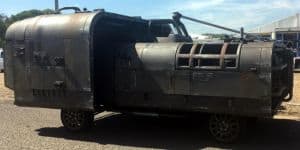 The designs certainly fit well into the old Star Wars trilogy. All of them look they were built from scraps of other more polished ships, and then put through a solid century of wear and tear. Very much the underworld of thieves and vigilantes Han Solo belongs to.

The film stars Emilia Clarke, Thandie Newton, Donald Glover as Lando Calrissian, Woody Harrelson as Beckett, and Joonas Suotamo as Chewie. All of which are quite talented, even if some are known for much smaller roles in the past. Harrelson is a personal favorite of mine, though I can’t wait to see what Donald Glover does with what is probably the best character connected to Han Solo and if the ultimate betrayal will even occur.

The not yet properly titled film will debut in the spring of 2018. What do you think of that Han Solo hair? Do you like the aesthetic for far of the set? Let us know in the comments!

Previous article
Skylar & Plux: Adventures In Clover Island Review
Next article
5 SEGA Franchises They Should Resurrect (and 5 They Shouldn’t)