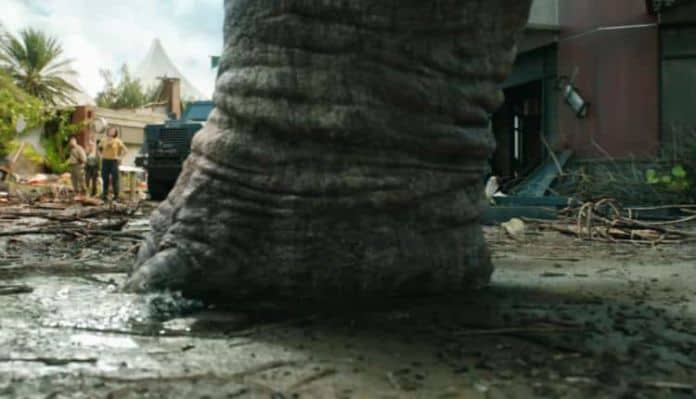 Universal Pictures has revealed that Jurassic World 3 will be coming out June 11, 2021. It seems they are quite the fast track with this film, as the second movie, Jurassic World: Fallen Kingdom is not even out yet. The latter will debut June 22, 2018.

Nonetheless, Jurassic World 3 already has writers in Emily Carmichael and Colin Trevorrow. Though Carmichael is new to the series, Trevorrow states that he is confident that she “will add another layer of emotion to the concluding chapter of our trilogy.” In addition, Carmichael is hardly new to the industry and is known for her work on Pacific Rim Uprising, The Black Hole, and Powerhouse.

Speaking of firsts, this is the first time that we see Trevorrow in the director’s chair for the series as well. He assures fans that he will continue the “tension and beauty [director J.A. Bayona] has brought to Fallen Kingdom” and ensure that all “new creative voices” will keep the “storytelling fresh and alive.”

Steven Spielberg will be returning to produce the film, along with Frank Marshall and Pat Crowley. As to the plot of this film, it is anyone’s guess. The Fallen Kingdom centers around a volcano going off and seriously endangering the park – not unlike the original disaster that took down the dinosaurs once and for all. More or less, the ocean’s creatures tend to have something to say about that.

If the park is gone by the end of Fallen Kingdom, where does that leave Jurassic World 3? Perhaps there is another park in the works, where they plan on making their own version of dinosaurs, ones even more likely to kill people. It’s not like this movie series is about park safety.

Still, where do they go from a volcano exploding? Perhaps there will be an even bigger disaster, or the film will steer in a completely different direction. Perhaps we will see more of those suspense horror scenes like the beginning of the latest Fallen Kingdom trailer.

What do you think Jurassic World 3 will be about? Let us know your thoughts in the comments below.