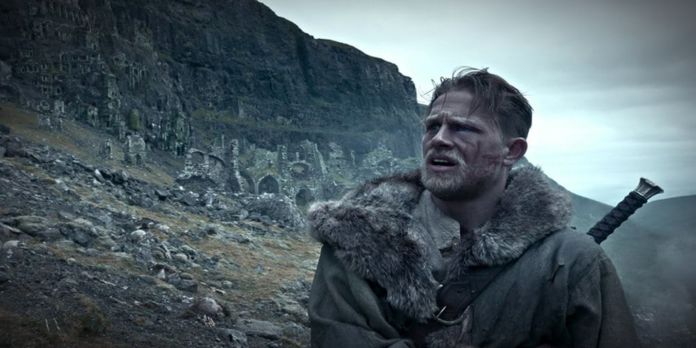 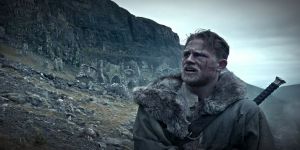 The Legend of King Arthur is one of those major fantasy tales that cannot help but receive big screen adaptations. It’s one of the most recognizable names in modern popular culture and is debatably most widely known thanks to the Disney animated film that released back in 1963. Now director Guy Ritchie aims to bring this myth to life all while infusing it with his unique sense of style. Despite this, King Arthur: Legend of the Sword feels like a movie that never hits it stride due to an overly complex plot that weighs down the film. This doesn’t make the movie completely unenjoyable, but King Arthur fails to live up to the glimmers potential that shines through the two-hour run time.

Our film follows Arthur (Charlie Hunnam), a small time criminal and the lost son of England’s now deceased and usurped king. After some unfortunate events, Arthur is forced to pull the legendary sword Excalibur from a stone, signaling that he is the born king and thrusting him on an adventure to reclaim his throne from the evil Vortigern (Jude Law). There is a lot more happening around what is effectively a very basic premise which normally would be to King Arthur’s benefit as the core narrative is nothing new.

However, Ritchie tries to jam so many ideas into his story at one time that you could easily make three films from this narrative. Every big plot thread could have easily been it’s own film, but are instead shoved together and quickly brushed aside.  At one point Arthur goes to a mysterious otherworld that is full of giant animals and it’s never explained how that exists beyond “magic.” Speaking of, magic is pretty much the get out of jail free card for King Arthur: Legend of the Sword, as any nonsense that requires an ounce of explanation is pretty much reduced to “because magic.”

This can make a lot of these moments jarring, especially at the end of King Arthur: Legend of the Sword where it attempts to tie all of these rushed over elements together. There’s never a real sense of cohesion and the main story isn’t interesting enough to support two full hours of Arthur trying to come to terms that he is indeed a king and this is his destiny.  Thankfully, Ritchie’s unique and frantic cinematography at least makes these scenes fun to watch. There’s a nice sense of pacing and comedic timing during the early moments of King Arthur, which is a shame because these sections are far and few between during this film’s runtime. 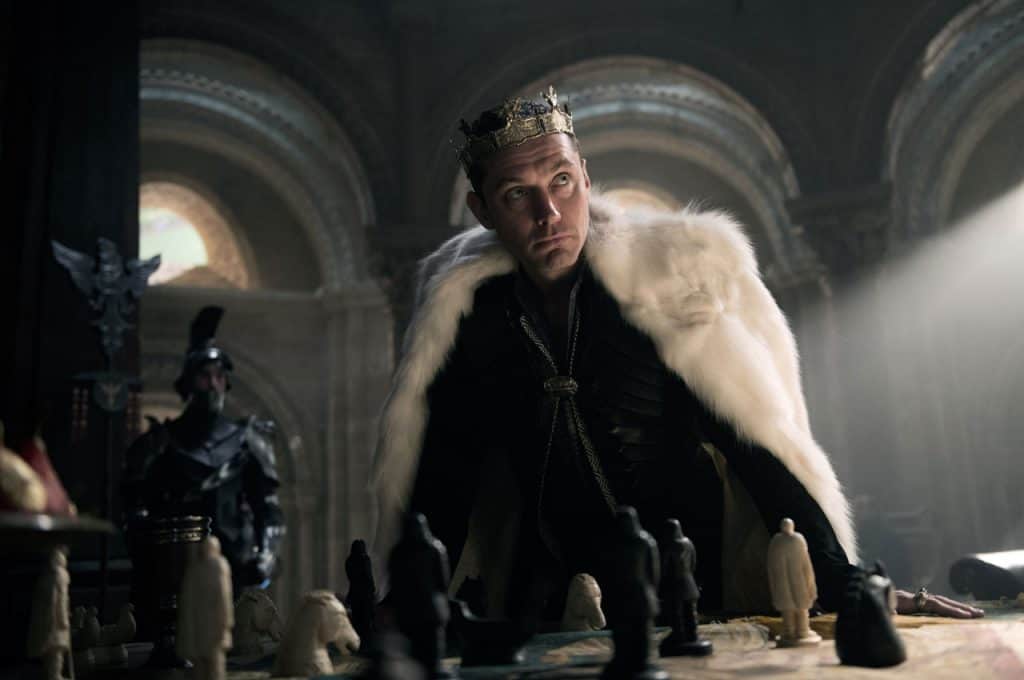 Hunnam does a good job at portraying Arthur and while it can be a bit over the top at times, Hunnam has a commanding enough screen presence to steal every scene. As for Arthur himself, the character could have done a bit more with his less than savory background, but his struggle is believable enough to make him a strong lead throughout. The weak link is the supporting cast, more specifically Vortigern and an unknown woman only known as The Mage (Astrid Berges-Frisbey).

Both characters come off like they had more to do in the plot, but much of this is lost in all of chaotic, incoherent storytelling. Vortigern simply hangs around and broods about how spoiled and evil he is that offers nothing new to the viewers. Even when it seems like there will be some interesting moments in regards to his sacrifices and own humanity, it’s quickly shuffled under the rug because we need a big fight scene to take place. On the other hand, Frisbey’s character is almost too mysterious as she acts like walking exposition that is there simply to advance the plot forward. Her big moments and limitations are never described, making it impossible for the audience to worry or even connect to her.

Though a lot of this wont be as important given King Arthur: Legend of the Sword is foremost an action movie that mostly delivers. Some of the actual fight scenes are gorgeously filmed with Ritchie’s style bleeding into every moment of hectic combat. However, the problem is that some of the fights that require more than two people become difficult to follow, as the rapid fire quick cuts can make following movement challenging. This happens too frequently and ultimately limits some of the fun that can be had of watching Arthur hack through countless masked soldiers.

King Arthur: Legend of the Sword is not a terrible film, but it’s one that fails to strive for anything great. Much of this is due to a story that just rambles on and lacks justification for a lot of the more insane moments or creatures. Even though Ritchie shows some nuggets of genuinely inspired ideas, they are weighed down by the lackluster supporting cast that never have as much screen presence as Hunnam. Yet, there’s a part of me that wouldn’t mind a sequel getting made, because if it reeled back a bit King Arthur could have been a genuinely solid film. As it stands this film makes it out of battle alive, but not after suffering some nearly fatal wounds.

Previous article
Why I Bought Mario Kart 8 Deluxe, Even After Owning It On Wii U
Next article
Steam Summer Sale Dates Leaked