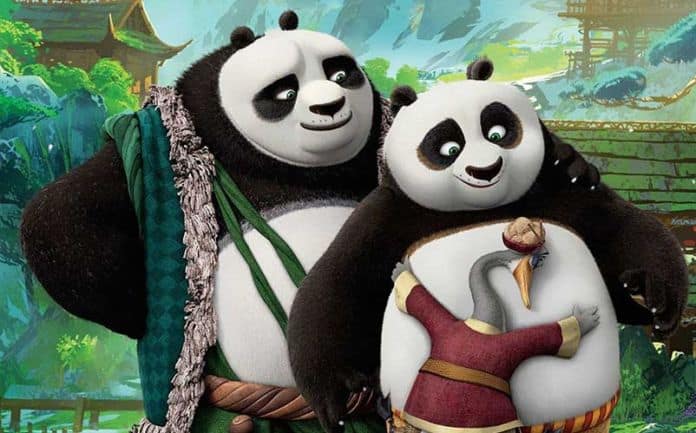 I’ll start by saying that I had extremely low expectations going into Kung Fu Panda 3 — not because I had little faith in the cast or because I didn’t think DreamWorks could handle it. Instead, my skepticism came from the fact that there had only been one animated trilogy before it, and in the back of my mind, I was wondering if Jack Black could be funny as a fat panda for a third time around.

And, almost unbelievably, Kung Fu Panda 3 (and Jack Black) far exceeded my expectations. In fact, I couldn’t have asked for a better third film in the series. And, aside from Toy Story 3, it’s the best third movie in an animated trilogy of all-time.

But what did the third film in the trilogy do specifically to win over our hearts, and what made Po’s latest outing so special? Here are five things we think other potential animated trilogies could learn from the movie:

Don’t Change the Cast From The Original Film 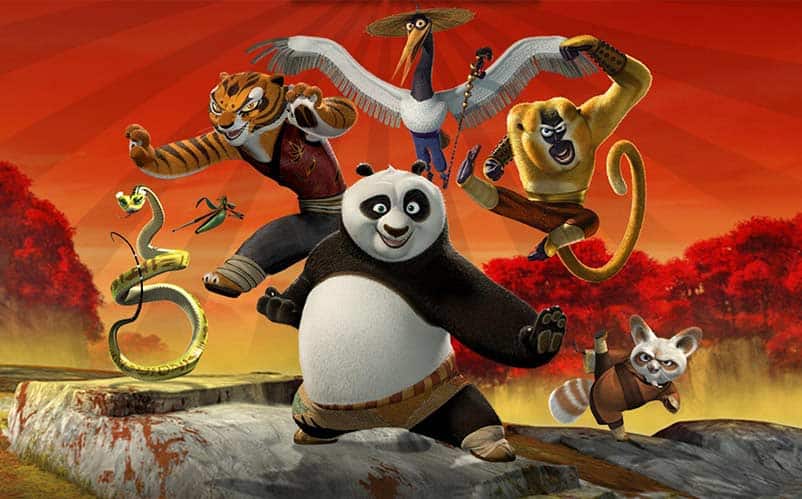 One of the big reasons for Dreamworks’ success with the Kung Fu Panda franchise is that it has kept the same cast for each film, and the original voice cast was so stacked that it’s hard to believe the entire cast — many of which are A-list stars — would want to sign on for an animated movie’s sequel (which, typically tend to be lackluster and sometimes even end up going straight to video).

We couldn’t picture Po being voiced by anyone other than Jack Black, and most filmmakers know that at least the main character has to be voiced by the same actor for each movie. Replacing Jack Black with a B-list celeb would have been immediately noticeable. But Kung Fu Panda 3 takes it a step further, and not only was the main character voiced by the same actor, but all of the other characters are voiced by their original actor. Dustin Hoffman (Master Shifu), Angelina Jolie (Tigress), Jackie Chan (Monkey), Seth Rogen (Mantis), Lucy Liu (Viper), David Cross (Crane), Randalla Duk Kim (Oogway), and James Hong (Mr. Ping) all make it back for the third film. That’s absolutely insane!

Limit the Number of Trailers Before the Movie’s Release 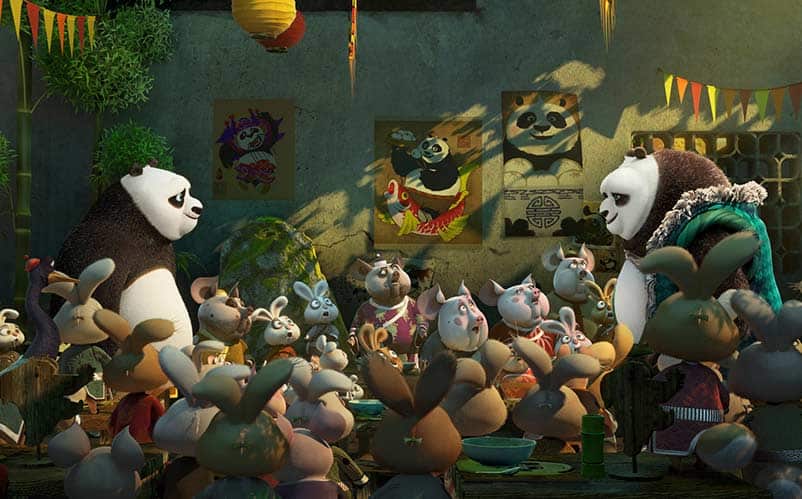 In today’s internet age, it feels like every movie gets five or six teasers and trailers before actually making it to the theater. But there were only three Kung Fu Panda 3 trailers before the movie released. When you think about it, the fact that there was a third movie, in itself, sort of feels like Dreamworks shoving Kung Fu Panda in our faces, so bombarding the internet with trailers is only going to turn people off more.

The three trailers we were given for the movie didn’t give it all away, either. Sure, one of the funniest moments from the movie was in the reveal trailer, with Po meeting his Dad for the first time and neither of them realizing it at first. But that was just one of the many well-timed jokes in the movie, and even when that scene was on the big screen, it didn’t feel like an old joke; the entire theater still laughed out loud.

Release Date is Everything 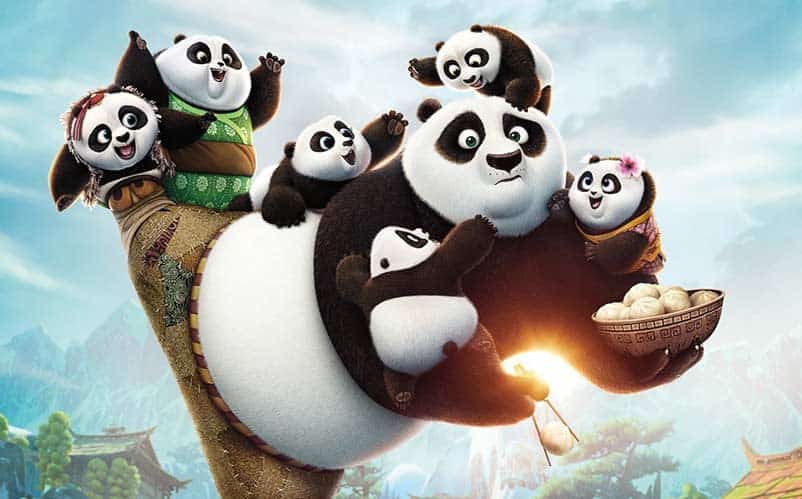 Although Kung Fu Panda 3 is a really great movie on its own, it’s undeniable that having a January release date is going to help get people to go see it. January is a frigid month, and parents want to get their kids out of the house for a couple of hours. That makes going to see any of the family movies in theaters a great option.

But, to be honest, we might not have even bothered seeing the film if it were to have released in, say, May or really, any time after February. That’s the reason that Shrek the Third wasn’t as hot as expected. In fact, if Shrek the Third had a release date in January instead of its May release date, it probably would’ve had a much better box office run. The same fate happened to the third Ice Age movie (Ice Age: Dawn of the Dinosaurs). It had a July release date, instead of the January or February release date it should have had. That’s why it had a mediocre $41M opening weekend and only made $196M. It likely would’ve gone on to make over $200M had it been released earlier in the year.

When the cast is a strong point of the series, add only new cast members that can hack it. 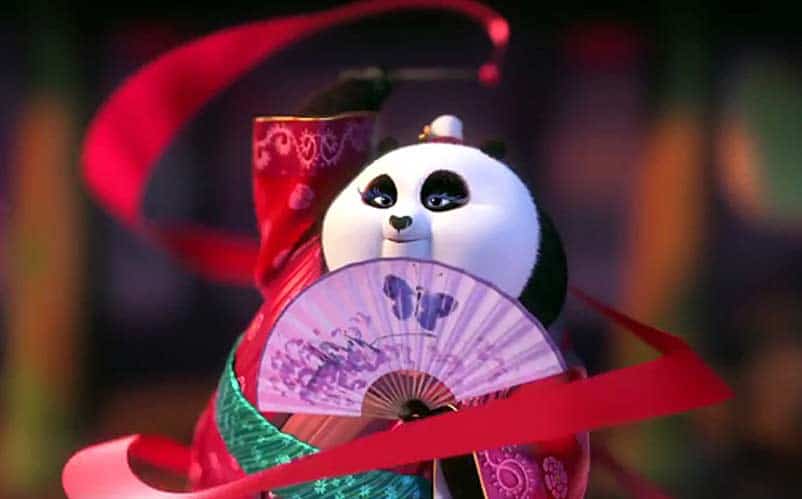 With the original cast for Kung Fu Panda being so impressive, it’s hard to imagine where you’d be able to add even more A-list stars to its lineup. But Kung Fu Panda 3 added only top-notch talent into the mix this time around, bringing in Bryan Cranston (as Po’s father), and Kate Hudson (as Mei Mei). Sure, the directors (Jennifer Yuh Nelson and Allesandro Carloni) could have taken the easy way out and picked up middle-of-the-line actors to save on budget, but the pay-off here is big. Adding to the cast is fine, taking actors away from their roles, as I mentioned above, isn’t.

Make it a Different Experience. 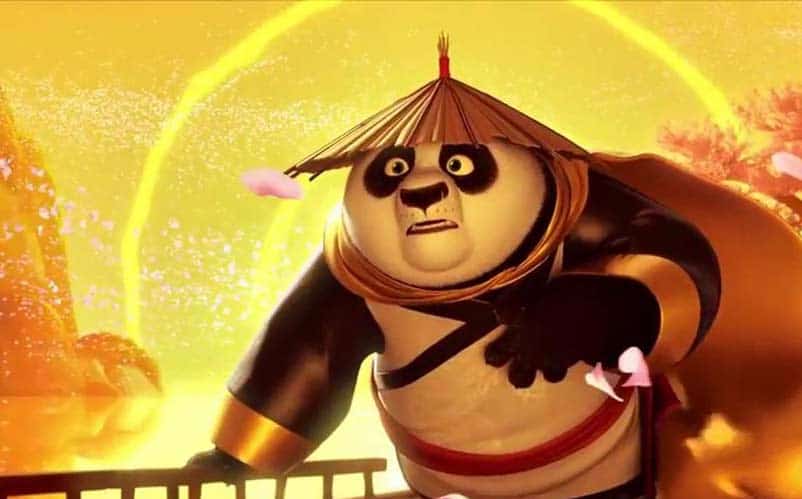 Kung Fu Panda 3 wasn’t just more of the same. Sure, there were a few jokes about pandas being fat again, but not too many as to make the movie intolerable. But this animated film did one thing that the previous two movies in the series didn’t do: tug at the heartstrings. Kung Fu Panda 3‘s plot was a little deeper than its predecessors, delving into how Po feels like an outsider in the world he’s currently living in. Plus, you know, the whole reuniting with his long-lost father and whatnot. There was definitely more deep plot to take a bite out of this time around.

Also, this film did a lot visually that we hadn’t seen in the previous two films, with some of the scenes taking an almost ethereal approach, giving viewers yet another reason to like the movie.