Movie Critics vs. Fans: the Great Divide and How to Fix it 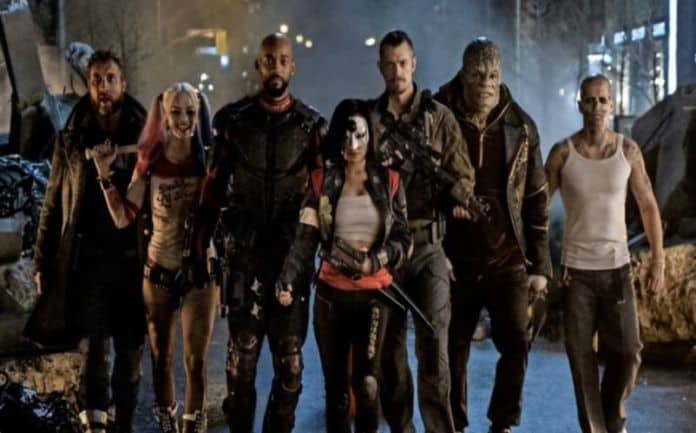 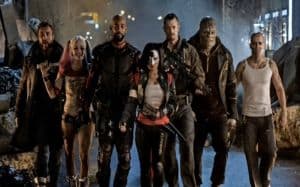 Tell me if you’ve heard this one before — something awesome looking is slated to come out. Fans get super hyped.  Said thing gets mixed or negative word of mouth from critics on release. Fans and critics volley insults back and forth. Everyone leaves with hurt feelings.

By now, many of us have probably experienced the acute sting of something we like getting trashed. Or maybe, conversely, something we have major problems with gets showered with accolades.

But, let’s be honest, it’s the other scenario that’s the worst to deal with.

For fans of the new film adaptation of Suicide Squad, this past week was their turn to feel the frustration of the great fan/critic divide.

The third title in DC’s new film slate was, much like Batman v Superman earlier this year, mostly savaged by movie critics upon release. David Ayer’s take on the worst heroes ever holds a 26 percent approval rating on Rotten Tomatoes, consisting of 265 reviews and an average rating of 4.7/10.

Metacritic was only slightly kinder in giving the film a Metascore of 40.

But the reaction of general audience members tells a different story. No doubt helped by an on-point marketing campaign, Suicide Squad had a massive opening weekend cume of $133.6 million, easily breaking the August opening weekend record. (It remains to be seen if the film will take a heavy drop in its second weekend like BvS did.)

Audience reactions were also generally kinder, as the film holds a B+ Cinemascore rating, while IMDb has it listed at 7/10.

Naturally, this kind of disconnect was noticeable and brought a lot of heated proclamations and silly behavior to the web.

What’s done is done in the case of Suicide Squad, but as this cycle is sure to happen again soon (looking at you, Transformers: The Last Knight), I thought it would be helpful to provide some suggestions to both fans and critics in the hope of making the next disconnect not such a contentious one.

Fans: See the movie before you rip on someone’s opinion

Without fail, there are always people who read the early reviews of a film/game/whatever, and decide to tell the writer their opinion is wrong.

Ignoring the pointlessness of that argument, this not only destroys the oft-held assertion that critics decide to hate something beforehand, but proves the opposite: that these fans decide to like it without even seeing it.

We live in a world of instant gratification and I know it can be difficult hearing something is bad without the opportunity to see for ourselves. But the best course of action is to just stay silent for a few days until you’re able to see for yourself, then make that call.

Who knows, they could be right… 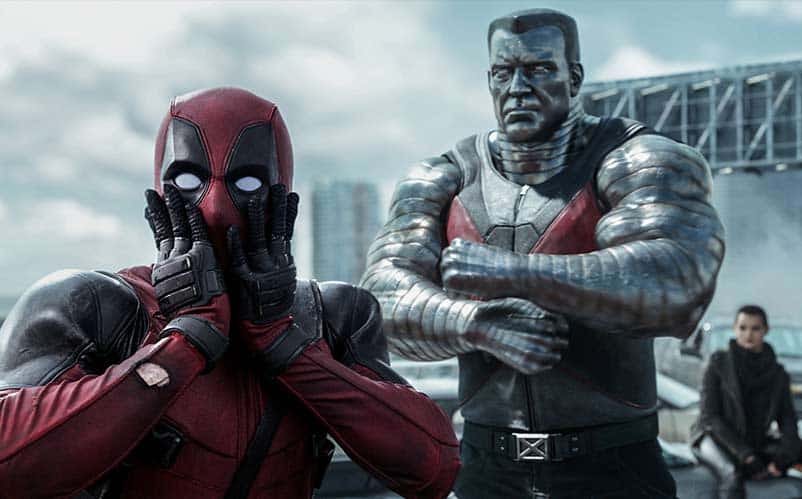 Critics: Step up your reviewing game

As a fan myself, one of the most frustrating things is hearing that something I’m looking forward to is supposedly bad and reading reviews where the author has put no effort into explaining why it’s bad.

I’ve unfollowed film writers for ranting like children and I’ve completely written off veteran writers whose reviews have just become plot synopsis’ of the film with snide commentary added.

One of worst instances, by far, happened this past spring with the release of Batman v Superman: Dawn of Justice where many writers resorted to simply saying it’s “not fun.”

As if to say they know what’s fun for everyone; that it’s something that can be measured across a wide variety of people (I had fun with BvS, if you couldn’t tell).

Look, as a writer, you probably know what films/etc. are going to come with built-in fanbases. You still aren’t obliged to like the thing, even if a lot of other people do, but maybe be sure to give a good explanation and not use such a facile explanation as “it’s not fun.” 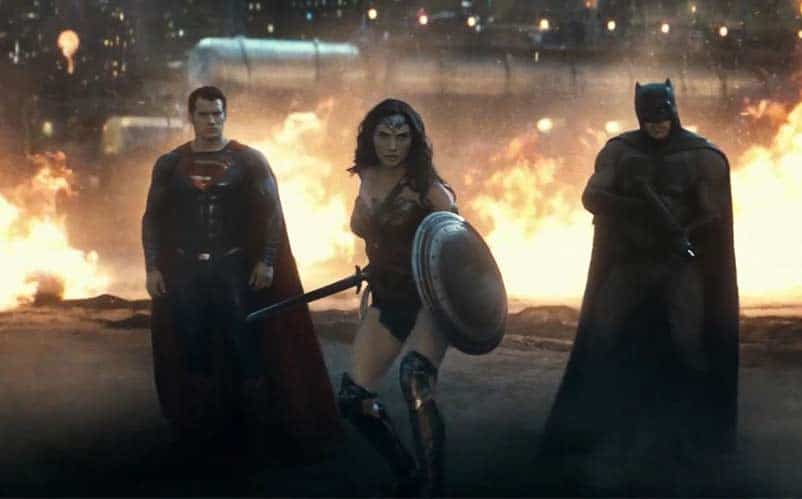 Within a few hours of Suicide Squad‘s initial reviews hitting the web, a petition was started on Change.org to shut down Rotten Tomatoes, stemming from the “unjust” reviews for both that film and the DCU’s previous films.

While its message was later retweaked to “Don’t listen to film criticism,” the petition has garnered more than 22,000 signatures.

Rotten Tomatoes, you may recall, once had a comments system for the individual reviews it aggregated. That system was disabled four years ago when writers like Christy Lemire received death threats from angry fans for posting negative reviews of The Dark Knight Rises.

Ironically, the running conspiracy theory during that time was that RT was giving Warner Bros. films good reviews after the company was acquired by Time Warner. These days, you don’t have to dig too far on Twitter or Reddit to see the scheme has completely flipped. Supposedly, now the explanation for DC’s bad reviews is that Marvel/Disney is paying off movie critics to slam the competition.

I have my problems with Rotten Tomatoes (it condenses art down to a number; it could do more to make its eligible critic pool more diverse) but this type of reaction gives fandom a bad name.

Fandom is more socially acceptable these days than it has been maybe ever. Still, all fans get a bad rep when the most extreme factions act like neurotic bullies. 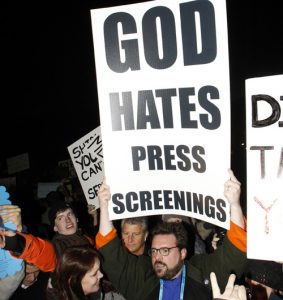 Take, for example, filmmaker and professional geek Kevin Smith. About six to seven years ago, Smith decided he had had it with critics ripping his latest film and went on absolute tantrum against the profession for several years. All the while, he was putting out some of his worst material (Cop Out, Red State, Tusk, the upcoming Yoga Hosers it would seem). He has since publicly backed down from his crusade but the whole affair just made him look petty and bitter, not to mention largely unaware of his own work output.

The point is don’t be Kevin Smith.

Critics: Enough with the “Worst things said about” pieces

However, it’s really hard to convince fans and audience members of this when articles like this are becoming more common. Or this. Exactly what good does this do anyone? The headline for the Huffington Post piece so boldly claims it’s trying to save you time and money, but aren’t people going to see this movie no matter what? What about the good aspects, outnumbered as they may be, that are left unmentioned? The Wrap’s Ghostbusters article completely ignores the fact that the film actually got mostly positive reviews.

When contentious films like these come out, fans feel like their tastes are being torn down and with pieces like this, you can’t blame them for feeling this way.

There’s also the notion that critics are hoity-toity elitists who look down on summer blockbusters. When you end your piece by telling readers to go watch something from the Criterion Collection instead, you are absolutely proving them right.

There’s already enough negativity swirling around the internet. Another self-superior “Everything Wrong With … ” video won’t help with that. That’s why more credit needs to be given to writers who are breaking away from this and writing about the positives. It’s not as easy as tearing something down, but it helps to mend the gap.

*Filmmakers and other artists: Don’t pour gasoline on the flames

Spending months of your life on a project only to see it get absolutely thrashed sounds depressing. When it comes time to promote their work, some artists take it in stride and some lash out.

Maybe the most common phrase I hear when something is poorly received is that the artist “made this for the fans.” It’s been said several times by the team on Suicide Squad, with actress Cara Delevingne adding that critics have been “absolutely horrific” and that they just don’t like superhero movies. Suicide Squad comics writer John Ostrander also spoke out against the film’s critical reaction, saying most reviewers “came prepared to hate the movie.”

While there might be some truth to many critics pushing towards the popping of the superhero genre bubble (albeit subconsciously) both of these artists are ignoring many of the superhero films in the past few years that received very good reviews (Deadpool comes to mind).

I know they’re proud of their work and are in the midst of promoting the finished product, but I think they are still able to do this without pushing more of the “us vs. them” mentality. 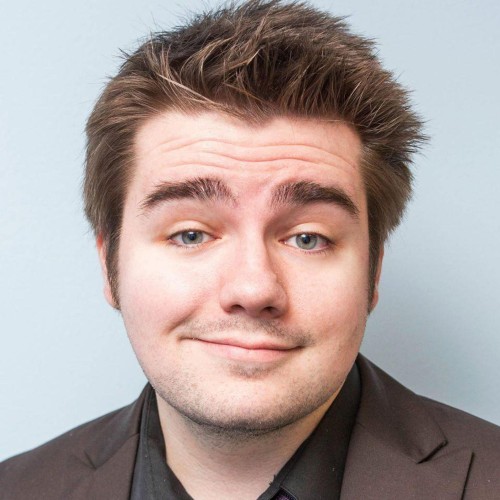