We are pretty much living in the era of big screen adaptations of young adult novels, comic books, and video games have all dominated theaters for several years now. One curious omission, however, has been anime which has largely not been touched by major motion picture studios. What makes this interesting is that there is clearly a huge western fan base for many popular shows, yet we almost never see this get a live-action translation. Part of this could be due to how poorly many Japanese live-action anime adaptations are like Attack on Titan. Netflix aims to change this mentality by finally giving audiences a feature length movie based on the wildly popular Death Note manga and anime.

When dissecting Netflix’s Death Note re-imagining it’s incredibly difficult to truly separate the movie from the source material. Unlike a comic book where there are literally hundreds of storylines to pull from, Death Note is a rather short series by anime standards. This makes adapting the characters and story tricky because you need to be faithful, but also not predictable. It’s a very tight rope to walk and sadly Death Note does not succeed at this balancing act. Let’s be clear though, Death Note is not just a terrible adaptation, but a flawed, boring movie on its own.

Set in Seattle, Death Note follows Light Turner a smart high school student who stumbles across a mystical object called a Death Note. This item has the ability to kill whoever has their name written down to the point where the author can specify the type of death. Driven by a sense of righteous justice, Light begins wiping out those he deems evil in droves under the moniker Kira. This attracts the attention of the world’s best detective L (Lakeith Stanfield), who is determined to unmask and catch Kira. 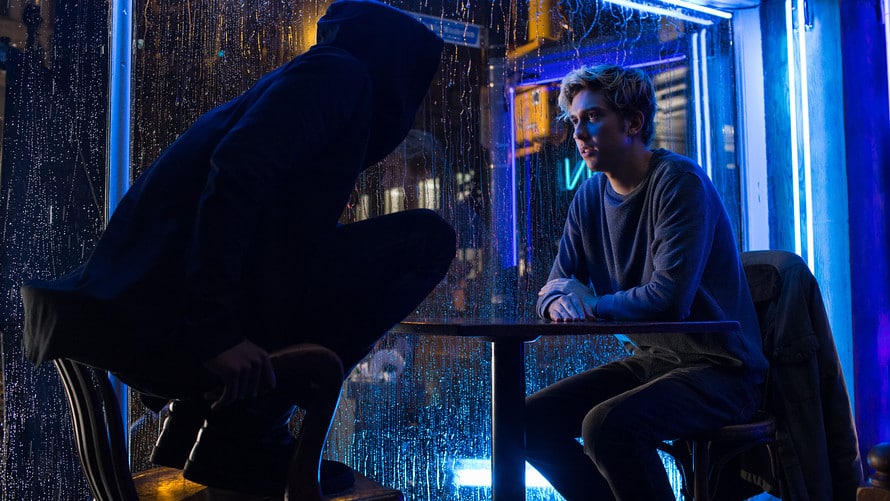 Despite following the same basic outline of the show, Death Note tries to take the series in new directions. Specific rules for the Death Note have been completely altered or added, while relationships between characters have been presented differently. Sadly, most of them don’t exactly work as Wingard manages to lose so much of the complexity that made Death Note so memorable. Entire events feel brushed over or rushed for the sake of time, giving the film a very frantic pace.

Moments like Light murdering over 400 people happens in the span of one minute, while L’s discovery of who Kira is doesn’t feel organic at all. Death Note lacks confidence in its story and certain aspects feel stuffed into the movie for the sake of fan service. This is a shame because there are moments where it does seem like the story is going in an interesting direction, specifically regarding Light’s love interest Mia (Margaret Qualley). Yet for every step forward, Death Note comes tumbling back down.

The characters are by far the biggest issue, as many of them lack what made their counterparts of intriguing. Light is constantly presented to the audience as a genius, but we never see this until the last few minutes of the movie. Nat Wolff simply comes off as whiny and unintimidating, with his motives lacking any kind of depth. Even absent any comparisons to the anime variation, Light is just not a compelling lead. It doesn’t help that Wolff’s chemistry with Qualley comes off as forced, especially when the third act rolls in.

The supporting characters fare better, with L and his servant/guardian Watari (Paul Nakauchi) clearly offering a better interpretation of their counterparts. Even with a few changes, Stanfield does a fantastic job with the movements and nuance around his physical actions. His motives get a bit muddled after a specific event happens to him, but this side of L is something we never got to see and it keeps things fresh. Light’s father is also a fairly faithful recreation, although he feels highly underutilized for how important the movie wants to make him seem. 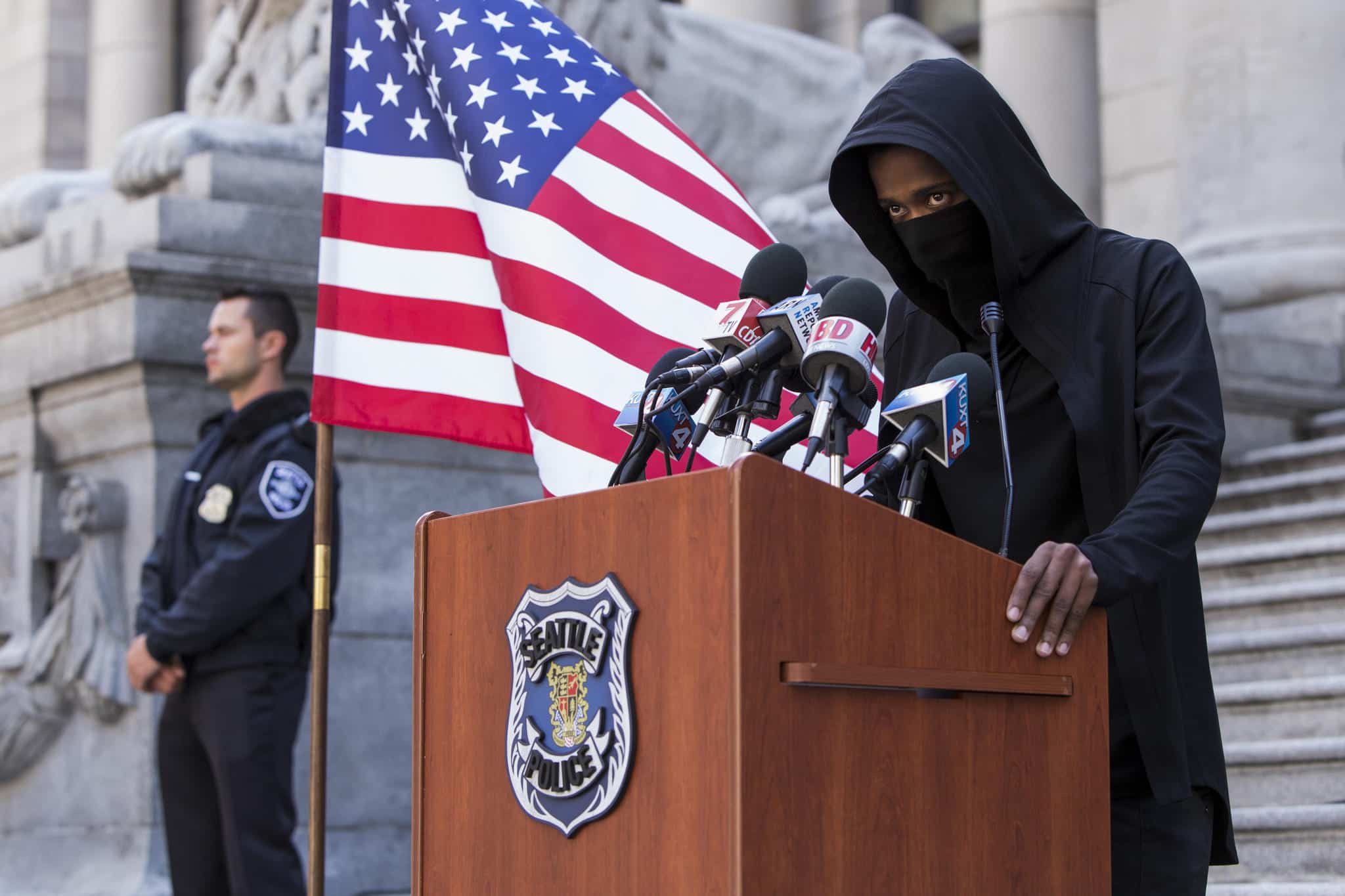 Ryuk (Willem DaFoe), perhaps the most anticipated character to appear in the film, is a mixed bag that ranges from cringy to brilliant. DaFoe chews through every line of dialogue and does a fantastic job sounding and acting like this death god. Yet, this is hampered by poor dialogue that makes Ryuk’s motives or even views on Light’s actions confusing. Where the character does get interesting is how Wingard decided to make a more sinister version of Ryuk that keeps his moments with Light unpredictable. This could be seen as sacrilegious given how aloof anime Ryuk is, but this is a change that helps DaFoe’s version stand out.

Death Note is a stripped down adaptation that fails to deliver on anything that made the show/manga so good. With wooden, one-dimensional lead characters, a poorly structured story, and terrible acting it’s hard to enjoy most of the film. While DaFoe’s performance as Ryuk and Stanfield’s L save this movie from being a complete disaster, their lame dialogue even holds them back. Wingard takes a lot of chances and sadly almost none of them pay off in a satisfying way. By the end of this film, you may write Netflix’s name down in the Death Note.