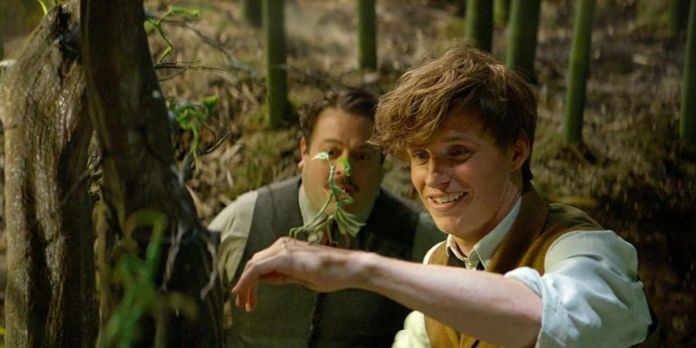 Firstly, let me be clear that I am not a psychiatrist. This is a theory born from watching Fantastic Beasts and Where to Find Them and reading the “Autism Spectrum Disorder” entry in the DSM5 (Diagnostic and Statistical Manual of Mental Disorders).

Secondly, autism is one of the most broadly defined mental disorders in the manual. It is based entirely on what the psychiatrist deems a lack of proper socialization.

Autism is defined by the individual diagnosing it, and by the cultural norms that the diagnosing individual deems acceptable. As such, I am coming from a white and Western point of view. I have chosen the subject of Newt Scamander’s character in Fantastic Beasts and Where to Find Them because it is an extremely rare and healthy portrayal of autism.

Another portrayal of autism that is less healthy but easily comparable is in The Accountant. By comparing these two movies, we can see the differences between a movie where the focus is autism and a movie where it is not. For example, Wolff does not necessarily have to overcome his autism to achieve his goals but it is also his only defining character trait. Scamander’s autism isn’t even explicitly mentioned and he has many other character traits, like compassion, quick-thinking, and an obsession with magical creatures.

A common factor between the films is the portrayal of social anxiety that is often coupled with autism in the real world, but rarely in the film world. Christian Wolff, as played by Ben Affleck, is someone quiet. Wolff has managed to function in a world that hates autism as much as his father did. The bad parenting as a result of misunderstanding mental disorders is also something that is rare to find in the company of autism in films. The lasting results connect too well to the main symptoms of autism: social anxiety. When this misunderstanding comes from someone a child must rely on to survive, it can manufacture a severe distrust to reveal the mental disorder to anyone – even friends. 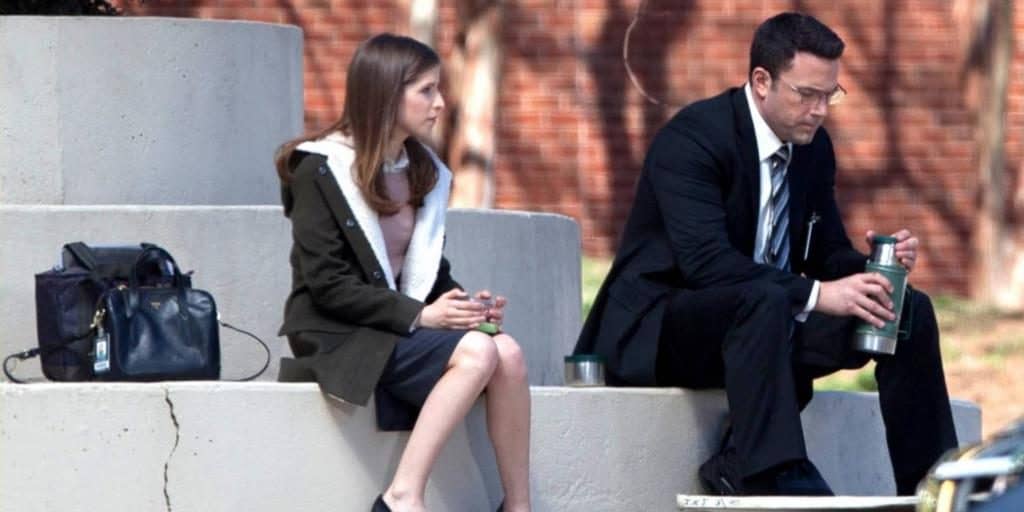 Continuing with Christian Wolff, he, much like Scamander, has no friends. When Wolff is forced to acquire one, it is awkward at best. Though he understands the rules of social behavior, he isn’t at all comfortable executing them. They are to him no different than trying to write with one’s toes; cumbersome and in the end, achieves a messy and useless conclusion.

Newt Scamander is dealt a slightly better hand on the autism spectrum than Wolff, as he has his magical creatures. They allow both the audience and Newt’s friends to see the extent of his compassion. Scamander is socially awkward too, but he doesn’t understand the rules as well as Wolff does. Instead, Newt finds an ease of communication in anything to do with his magical creatures. This fits with one of the few defining traits of autism: an obsession with something, like cleanliness or in these two cases, accounting and the care of magical creatures.

Both characters are equally passionate about their chosen profession. They light up like a child at Christmas when given the opportunity to share their obsession with others. Christian Wolff bonded the most with his friend when she let him go on about his numbers, and understood him. Newt couldn’t be more pleased with his Muggle friend’s sense of wonder, as he clearly cannot help but ramble away about them. 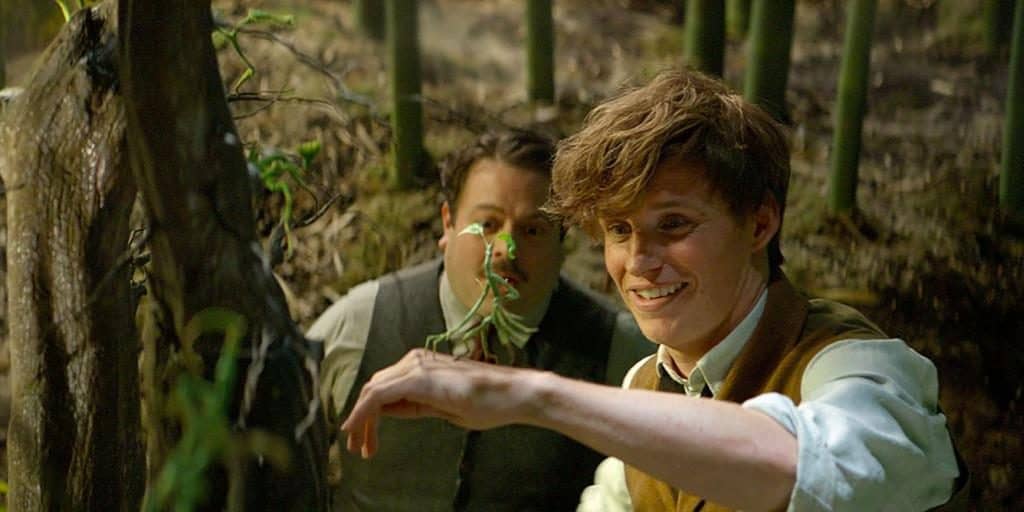 There is also something to be said about a lack of eye contact, both Wolff and Scamander are guilty of it. It is not necessarily specific to autism, as it could be labelled as a motor tic, or a manifestation of their inability to socialize properly. Newt might be doing it out shyness, but I would say he takes it to an extreme when at the end of the film, he manages to admit his feelings to his love interest with only the barest of glances.

He might fear her rejection, yes, but Newt has just spent the entire movie with her. Surely by this point a normal person would feel comfortable enough to look her in the eye. Instead, Scamander is hunched over, refusing with his body to interact with the world unless absolutely necessary; it is far less understandable to him than his magical creatures.

Newt Scamander’s depiction of a mild form of autism is subtle and not at all highlighted by the film. There is no need for Newt to overcome his awkwardness to defeat the “villain.” It is his compassion that learns to expand from creatures to humans. He understands them better by the end of the film, enough to consider them proper friends. 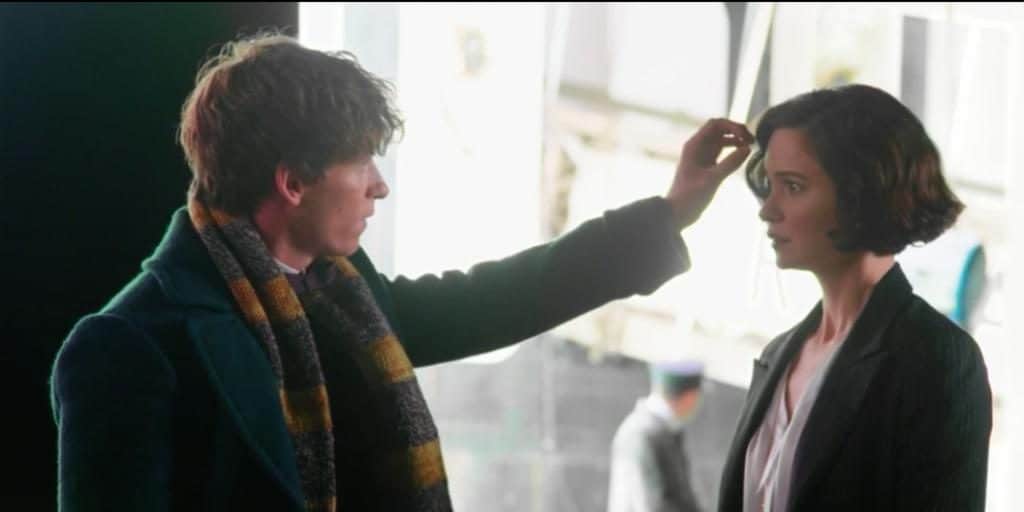 I cannot begin to praise the movie enough for accomplishing this. I can only hope it was not an accident. That the director did not simply look up the definition of a Hufflepuff and the actor decided to ramp up “shy” to an extreme; especially when this healthy portrayal is so rare.

Autism spectrum and mental disorders are normally portrayed as characters like Rainman (the tormented genius), or nearly sociopathic like BBC’s current Sherlock Holmes. Thought Newt and Christian may have more trouble socializing than normal people, they are not without sympathy and compassion towards other people. Wolff, though a well-trained assassin, still cares deeply for certain clients of his, such as the old couple Dolores and Frank Rice. Newt, at the peak of his compassion, tries to reconcile with the Obscurus and mourns the loss when it is killed.

Newt Scamander’s character as portrayed in the film Fantastic Beasts and Where to Find Them, is on the most healthy depictions of autism to date. Coming out of Hollywood, this is huge, whether intentional or not. Newt’s autism is not the main focus of the film, it is not something he has to overcome to be the hero. That is something I can rarely relate to in a movie, and I very much appreciate it here.